On 24th January 2015, Century Holiday celebrated the upcoming Chinese New Year with the annual Gala. The event was held at Regal Palace Resort Huizhou with all branch senior management and Century Holiday colleagues attending the gala it was truly an unforgettable night. The gala began with an opening speech from Century Holiday’s Managing Director Mr. James Liang.

The rest of the evening was filled with entertainment organized and performed by colleagues from all branch offices. One of the highlights of the gala had to be the prize draws where there were many cash prizes and gadgets up for grabs. Between the entertainment and fun there was also time dedicated to honoring the Outstanding Employees of the Year and 10 Year Service Awards, with the awards being given out by Managing Director, Mr. James Liang and Group Director, Mr. Sanny Ng. 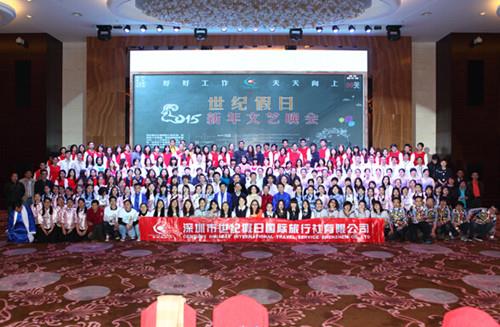 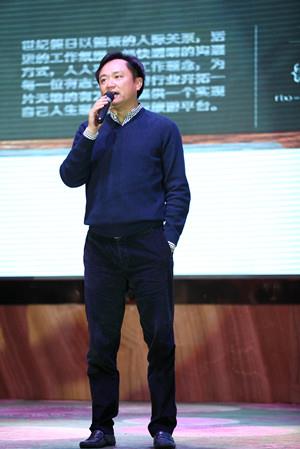 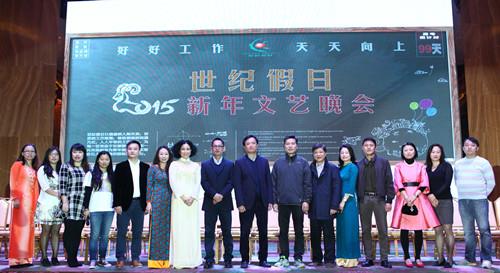 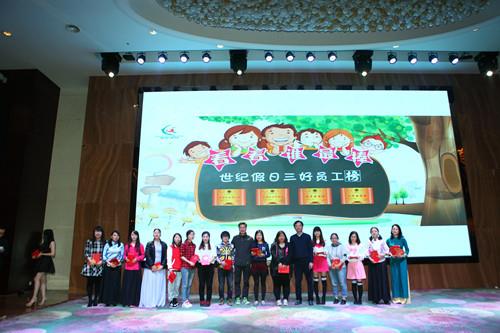