Chalk Wall, also called Fen Bi Tang, is situated on the cliff of Mount Baiyan of Kui Gate in Qutang Gorge. The wall measures more than one thousand meters wide with the inscription of many Chinese characters.

These characters carved in the wall are from different dynasties in different styles and sizes. There are scripts of seal, official scripts, regular and running styles. The earliest inscription was an article with 980 characters from the Southern Song Dynasty (1127-1279), written by the famous calligrapher Zhao Gongshuo. While the most impressive two words are “Qu Tang” written by Zhang Boxiang from the Qing Dynasty (1644-1911).

These inscriptions greatly demonstrate the charm of Chinese ancient calligraphy and stone inscription. They are cliff treasures in the Three Gorges. Due to the construction of Three Gorges Project, a part of the inscriptions has been moved to a higher place in the case they would be submerged by the rising water. 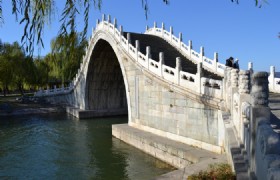 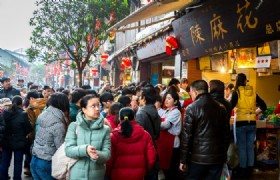 This one day tour is specially designed for you to get a glimpse of Chongqing history a... 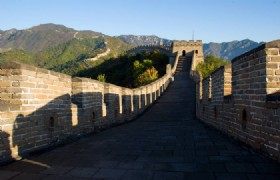 Get to know the charm of Chinese rich history and divee culture at Beijing and Xian. Al...