Ganden Thubchen Choekhorling Monastery, also called Litangsi in Chinese, is the largest Gelupa Tibetan Buddhism monastery in Kham Area. The monastery was constructed by Sonam Gyatso, the 3rd Dalai Lama in 1580. It is the monastery that has the longest history in Kham Area.

Ganden Thubchen Choekhorling Monastery covers an area more than 900 square meters. The monastery was built nestled to the mountain with well-proportioned layout and magnificent architectures. It is consisted of three main temples in the compound with the main hall standing on the center and the highest position. Main buildings of the monastery include Maitreya Hall, Thousand Statues Hall, and Main Assembly Hall and so on. Entering the monastery, also you will see several chambers.

There are some influential Buddhisms were born in this monastery, like the 7th and 10th Dalai Lama. Ganden Thubchen Choekhorling Monastery has conserved some precious holy relics like Buddha statues, murals, scriptures and personal stuff of the 3rd Dalai Lama. Ganden Thubchen Choekhorling Monastery is considered with a Tibetan religious, cultural and artistic treasure house. It is the religious center for the Kham Tibetan area by its glorious history and culture. 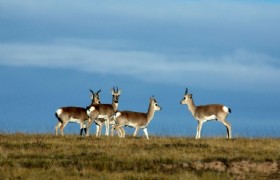 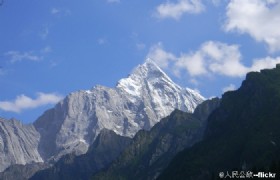