Haikou Meilan International Airport is the airport serving Haikou, the capital of Hainan Province, China. It is located 25 kilometres (16 mi) southeast of the city center and was opened in 1999, replacing the old Dayingshan Airport located along what is now the city's Guoxing Avenue.

Haikou airport is operated by Meilan Airport Company Limited.After replacing the former Haikou Dayingshan Airport, the Meilan International Airport has had an amazing growth of 13% in its annual passenger handling capacity.

Haikou meilan airport, has one of the highest air traffic control towers in Asia and a specially designed terminal building which resembles the houses of the local Li people and covers 99,300 square meters (25 acres) to meet the capacity after having been expanded during 2003-2005.

In 2011, Haikou Meilan International Airport was the 20th busiest airport in China with 10,167,818 passengers.The airport terminal has 60,200 square metres of space, with 45 check-in counters and 11 security checkpoints. The airport is staffed by 565 employees.Dense with greenery, the garden-like airport is also famed for its well-equipped facilities and first class services.

Getting to the airport from Haikou city by taxi usually costs about RMB 50 to RMB 80 and takes about 30 minutes.The nearby Meilan Airport Railway Station is served by Hainan Eastern Ring Railway.

Special Services: Online reservations for wheelchairs, stretchers or care for unaccompanied children can be made 24 hours before the departure.

Facilities
Lounges: the lounges are open for a charge of CNY150 per person.The lounges here provide not only considerate services but vivid representations of the local culture.

Restaurants:
Ajisen Noodle:Located in the Departures Hall (near Gate 3), the restaurant provided Japanese food and snacks such as noodles, fried rice, grilled eels and more. 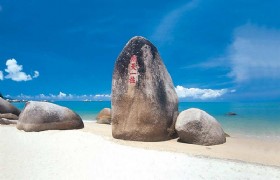 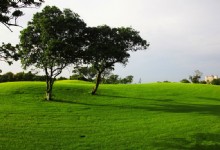 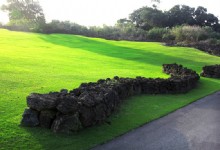 Hainan has many golf coue. Many of them are famous in the world, especially the Mission...