Hangzhou Xiaoshan International Airport (IATA: HGH, ICAO: ZSHC) is the principal airport serving Hangzhou, a major city in the Yangtze River Delta region and the capital of Zhejiang Province, China. The airport is located on the southern shore of Qiantang River in Xiaoshan District and is 27 km east of downtown Hangzhou. It is  Architecture firm Aedas that designed the Hangzhou Xiaoshan International Airport.

Cover an area of 7,260 acres,the airport has a capacity of eight million passengers and 110,000 tons of cargo a year.The runway of it is 3,600 metres long and 45 metres wide. The passenger terminal cover an area of 100,000 square metres,including an underground parking of 22,000 square metres.It can handle 3,600 passengers an hour.There are 36 ticket counters in the departure level,12 of them are in the international side of the terminal.The departure lounge has 2,900 seats and the immigration and customs area occupies 9,500 sq. metre of terminal space.

There are 8 air bridge gates in the terminalone of which are capable of handling the Airbus A380.The flights to Hong Kong, Macau, and Taiwan all depart from this terminal. The original terminal handles exclusively domestic flights.

The new runway is capable of handling the Airbus A380,with it 3,400 metres long and 60 metres wide new runway.There are 90 Check-in desks and 21 Self Check-in counters in the new domestic terminal.The WIFI is free in all public spaces of the terminal.

Bus
If you want to go to Zhejiang and cities in Jiangsu, you can take the airport bus. Bus services are at the Ticketing Office on Tiyuchang Road with intermediate stops in between.

Highway
The Shanghai-Hangzhou-Ningbo Expressway has an exit at the airport. 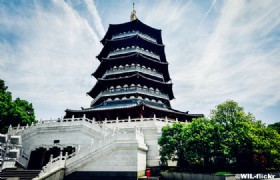 Explore traditional silk, crafts, structure and herbal culture of Hangzhou in this day ... 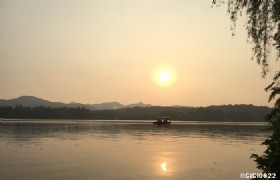 This is an elaborately designed tour to explore the beauty of Hangzhou by visiting its ... 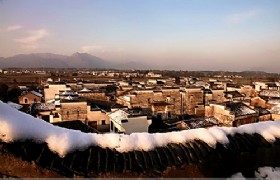