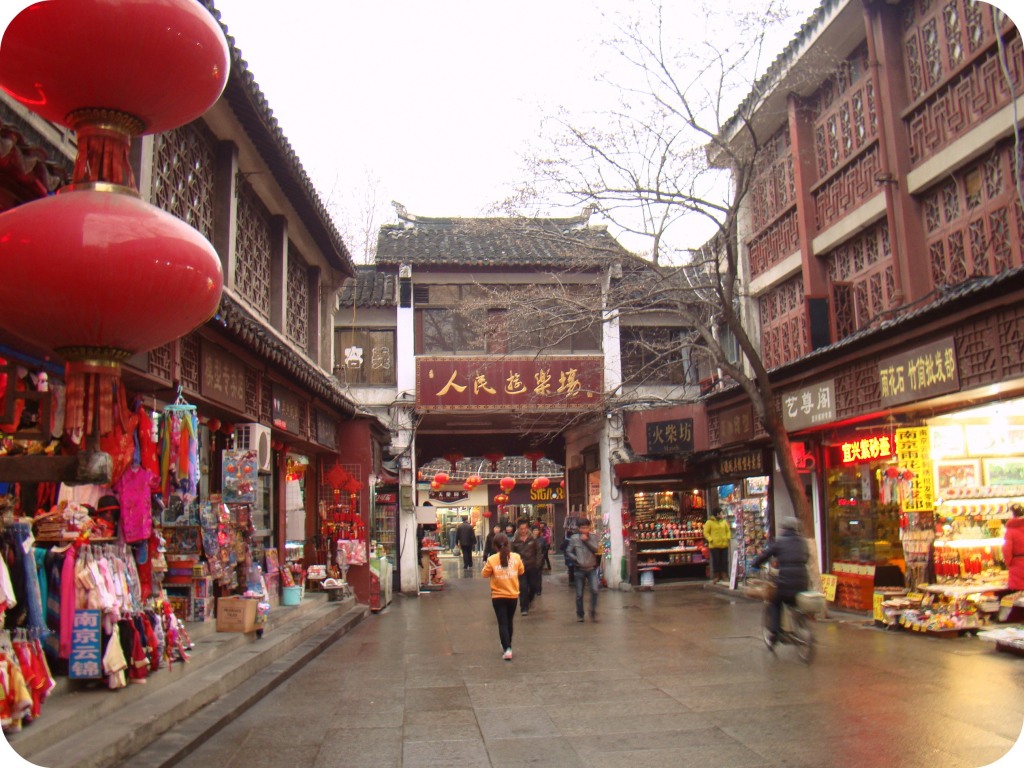 The Confucius Temple Market, on south bank of the rippling Qinhuai River, has been the most thriving quarter of Nanjing since ancient times. The Confucius Temple cove an area of some one square km, which incorporates a number of special streets integrating shopping, tousism, catering, culture and entertainment. There are more than 130 shops representing the five market system, including the curio and painting and calligraphy market, the flower, bird and fish market, the folk handicraft market, s small commodity market and a traditional snack market. Nanjing's Confucius Temple was built in the Song dynasty and later expanded in the Western Jin dynasty. Today the temple is listed as one of the Forty Best Scenery Spots in China and is a landmark of Nanjing. The main architecture in the temple is facing a pond, surrounded by long and high walls. The front gate of the temple is called Lingxing Gate, the back gate is called Dacheng Gate. To the east and west side of the hall, there are subordinate halls and long corrido. At the back of the Dacheng Hall, there is the Chongsheng Hall , which is great and high, close to the Zhishan Mountain. On the top of the mountain, there is the Jingyi Pavilion, in which you can get a bird's view of the Zhongshan Mountain and the whole Confucius Temple.