Shichahai is located in the north of Beijing and is made up of three lakes. The three lakes are known as Qianhai, Xihai and Houhai. Shichahai dates back to the Jin Dynasty and covers an area of 147 hectares. During the Yuan Dynasty Shichahai became an important terminus for the Grand Canal. By the Ming Dynasty Shichahai became a place of leisure for the people of Beijing. Today, Shichahai is one of the most popular tourist destinations of Beijing famous for its Hutongs and temples around the area.

Surrounding Shichahai there are many other famous attractions of Beijing such as Prince Gong Mansion, Prince Chun Mansion and Guanghua Temple. Shichahai is also close to the scenic Beihai Park, Bell Tower and Drum Tower which is convenient if you have plans to visit several Beijing scenic spots during the day. At night Sichahai is one of the best places to chill with many bars located along the banks. 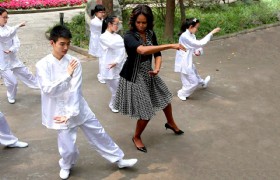 This tour package is specially designed to follow the route by US Fit Lady when she tou... 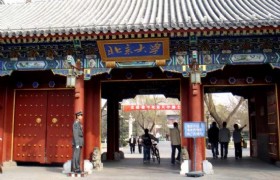 SIC mea seat-in-coach. You will join in a sightseeing coach tour, escorted by English spe...