Located on the north of Qufu, oldest graves of the Cemetery of Confucius can date back to Zhou Dynasty.It is the largest,longest and the best preserved Kong tombs and artificial landscape. In order to memory Confucius,the original tomb erected here on the bank of the Sishui River which features like an axe. In addition, it had a brick platform for sacrifices. The current tomb is a cone-shaped hill. Tombs for the descendants of Confucius and stela to commemorate him were soon added around the tomb of Confucius.

There are more than 100,000 descendants of Confucius being buried in this place over 2000 years.The cemetery like a forest with more than 10,000 mature trees planted.

Covering an area of two square kilometers (494 acres), the Cemetery of Confucius is the only cemetery built with timbers and rocks in China with longest history, largest scale and best preservation.

After Confucius buried their teacher here in 479,it had become a disciple.A large number of the descendants of Confucius have been buried here with over 76 generations and over the past 2,500 years.There are more than 100,000 tombs in the cemetery.It is not only a museum which integrating bombs, architectural structures, stone carvings and tablets together,but also a natural botanic garden. 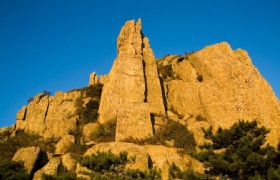 Appreciate the modern China at Shanghai's most visited attractio. Also go for exploration ...