The tomb is located in Guihua Gang, Guangzhou, China. It is also known as "Hui Hui cemetery". According to the legend, the famous Arabia Islamic missionaries in Tang Dynasty Saad Abi Waqas died in Guangzhou, and buried here.

Sad ibn Abi Waqqas is the maternal uncle of Prophet Muhammad. Wahab ibn abu Kabcha (Wahb abi Kabcha) is might be a son of al-Harth ibn Abdul Uzza (known as Abu Kabsha).See the text: "The Prophet was entrusted to Halimah...Her husband was Al-Harith bin Abdul Uzza called Abi Kabshah, from the same tribe". It is noted in other accounts that Wahab Abu Kabcha reached Canton by sea in 629 CE.

Sa`ad ibn Abi Waqqas along with three Sahabas namely Thabit ibn Qays, Uwais al-Qarni (594-657) and Hassan ibn Thabit (554-674 went to China from Persia in 637 for the second time and returned by the Yunan-Manipur-Chittagong route, then reached Arabia by sea. Some date introduction of Islam in China to 650 AD which is the instance of third sojourn of Sad ibn abi Waqqas to China, Sa`ad ibn Abi Waqqas, was sent as an official envoy to Emperor Gaozong which was his third sojourn during Caliph Uthman's era in 651 AD.

Throughout the history of Islam in China, Chinese Muslims have influenced the course of Chinese history. Earlier visits of Sa'd ibn abi Waqqas were noted in Arab accounts since it was a period of nascent Islam mixed with events of many hectic preaching and warfare. They (Sahabas) were more concerned with writings of verses of the Quran as revealed to Muhammad, and his sayings (hadiths) and ways of life (sunnah).

According to China Muslims' traditional legendary accounts, Islam was first brought to China by an embassy led by Sa'd ibn abi Waqqas that was sent by Uthman, the third Caliph, (that was in 651, less than twenty years after the death of the Islamic prophet Muhammad) which are confusions with Sa'd ibn abi Waqqas's earlier visits. The embassy was led by Sa`d ibn Abī Waqqās, the maternal uncle of Muhammad himself. Emperor Gaozong, the Tang emperor who received the envoy then ordered the construction of the Memorial mosque in Canton, the first mosque in the country, in memory of Muhammad. 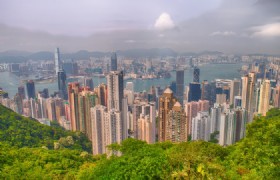 Visit the highlight attractio of Hong Kong, Shenzhen, and Guangzhou in just 5 days! 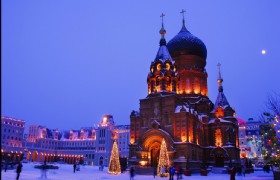 Start your tour in Guangzhou, one of the traditional largest city in Southern China, then ...