Maping mosque is located inside the Seven Star Park, under the Camel Mountain, coveing an area of more than 2000 square meters. It was built in 1672 A.D during Kangxi emperor period. It’s a palace style courtyard structure; the main hall can accommodate 500 people gathering for ceremony.

The original mosque was a typical quadrangle, of which the prayer hall was hip-roof and the lecture hall, dormitory, water house were built. Located by the Li River and beautiful mountains, the sight of the mosque is really appealing many muslim travellers that travelling to Guilin.

In 1944, this 270 years old mosque was invaded and burned by Japanese army. After the war, a simple venue was built for religious activities. Although the conditions of the mosque were simple and crude, the Muslims in the city still built the "Guangxi palindrome Training Institute” inside the mosque. It was this institute that trained some very good Muslim educators that helped the muslim development.

In the 1980s, with the funding from government and donation of the Muslim people in the city, the Maping mosque was rebuilt in 1987. The new mosque is a courtyard style mosque that combined the Chinese national style and modern architecture, white walls and green tiles, elegant and simple. Domestic and foreign tourists often come here to visit or pray after visiting Seven Star Park.

From the historical and cultural Beijing and Xian, to the stunning beautiful Guilin and... 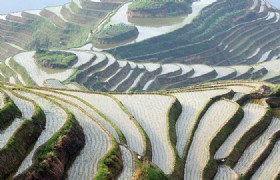 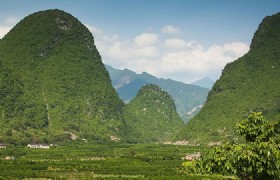