Harbin Taiping International Airport is an international airport in Harbin, Heilongjiang, China. Harbin Taiping Airport, formerly known as Yanjiagang Airport, is located about 37 kilometers southwest of the city of Harbin and was constructed in 1979 with further expansion between 1994 and 1997. In 1984 it was upgraded to an international airport. Today it serves as an important transportation hub for northeastern China and is the largest northernmost airport of China. Its terminal building is also currently the largest in northeastern China. The airport facilities are the national first-class.

It is capable of handling 6 million passengers annually and has more than 50 air routes, both domestic and international. It can fly to Beijing, Shanghai, Chengdu, Guangzhou, Seoul, Vladivostok and other more than 40 cities at home and abroad. Currently it has one 3200 meters asphalt runway.

Taking civil aviation bus you can appreciate the beautiful field scenery with northeast characteristics. When the bus arrives at the terminal point of airport highway, the clean and neat airport terminal will catch your eyes. 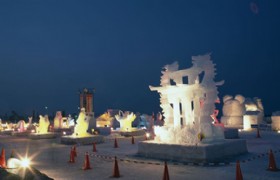 Beijing Harbin Shanghai 10 Days Tour. It's a winter tour in China! It's a good choice t... 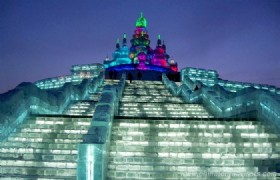 Come and take this tour to see Harbin's beautiful natural scenery and rich cultural her...