Kowloon Mosque is the largest and the most important Islamic Mosque in Hong Kong. Located on the bustling Nathan Road in the southeast corner of Kowloon park, the Kowloon Mosque caters to the more than 50,000 Muslims in the territory, half of whom are Chinese. Built in 1984, served for the British Army’s Indian Muslim Troops, the mosque with its grand white dome and minarets stands out on the Golden Mile and the mosque is especially interesting to visit on Friday lunchtime. But visitors are unwelcome unless they obtain special permission in advance. Despite having to obtain special permission it is a Hong Kong attraction that you must go and see.

There is a significant muslim community in Hongkong, most of whom live around here in Kowloon. In face the ethnic and culture mix of people is partly what makes kowloon an interesting area to visit. Chief Imam Hong Kong Mufti Muhammad Arshad has been serving as Imam and Khateeb of this Masjid since 2001. He also teaches the Arabic language course, and delivers the Friday sermons in Urdu, English, and Arabic.

After sightseeing in Hong Kong, flexible programs to choose from a day tour to Macau, S... 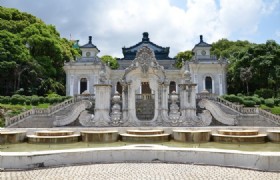 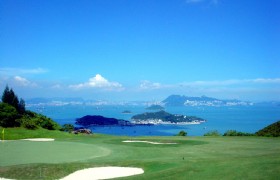 Hong Kong is not just place for shopping and sightseeing, if you coidered play golf with y...