Chogori Peak,means "tall and majestic peaks" in Tajik, located in China and Pakistan border, is the main peak of the Karakoram mountain range. The vertical height difference is 4,700 meters. It is the biggest vertical height difference among the peaks 8,000 meters above sea level in the world. The steep slope makes it extremely difficult to find safe places for setting up camps.

Chogori Peak rank the second place in the 14 peaks which are 8000 meters above sea level.The peak is one of the most difficult mountain to climb,so it’s called K2 peak, "K" means the Karakoram, "2" is the second Karakoram mountain peak being investigated.

Chogori Peak has six mountain ridge,the Northwest --- Southeast is the main mountain ridge of Karakoram mountain and the borders between China and Pakistan. There are other north ridge, west ridge, northwest ridge.

Chogori region not only has dangerous terrain,but also the climate is very harsh.From May to September, the southwest monsoon brought warm, moist air, the rainy season comes.From mid-September to following year mid-April, it’s the cold, harsh winter.It’s the restricted climbing period with minimum emperatur drop to -50 degrees, the maximum wind speed up to 5 m / sec or more on the peaks.The best time to climbing is from July to September when the weather is good. 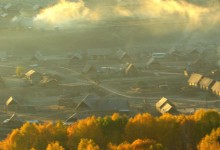 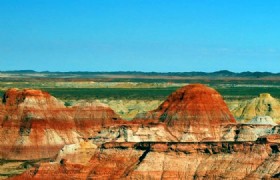