First constructed in the region of King Xuan (827-781 B.C.) of the Western Zhou Dynasty (11th century-771 B.C.), Pingyao is about 100 kilometers from Taiyuan. The ancient city walls and civilian residences in the old city of Pingyao, well known both at home and abroad, have been included in the World Cultural Heritage List. The Rishengchang Exchange Shop (a firm for exchange and transfer of money) in the old city is the best window for people to understand Shanxi business culture.

South Street is the central axis of Pingyao in Shanxi Province, an ancient town with a history of more than 2,700 years, which became a UNESCO World Heritage site in 1997. According to UNESCO, "The Old Town of Pingyao is an outstanding example of the Han cities in the Ming and Qing dynasties, and it retains the traditional features of these periods. Pingyao presents a picture of unusual cultural, social, economic, and religious development in Chinese history." South Street is very much in the center of this picture. 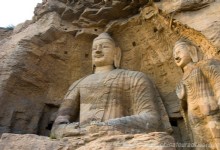 Shanxi Province boasts a long history and glorious culture. This tour takes you to visi... 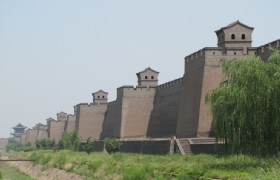 Explore the charm of the famous ancient historical and cultural Pingyao to know the uni...