A Memorable Trip to Lulianruo Park

Lulianruo Park is located in central Macau peninsula and at the northern foot of Dongwangyang Mountain, which is the beautiful garden in Suzhou lion forest style. In total, Lulianruo Park accounts for an area of some 1.78 hectares. The historical value of the garden had been regarded by the Macao government. It's the only renowned garden that is blessed with Suzhou traditional garden charm in the Hong Kong and Macao region. 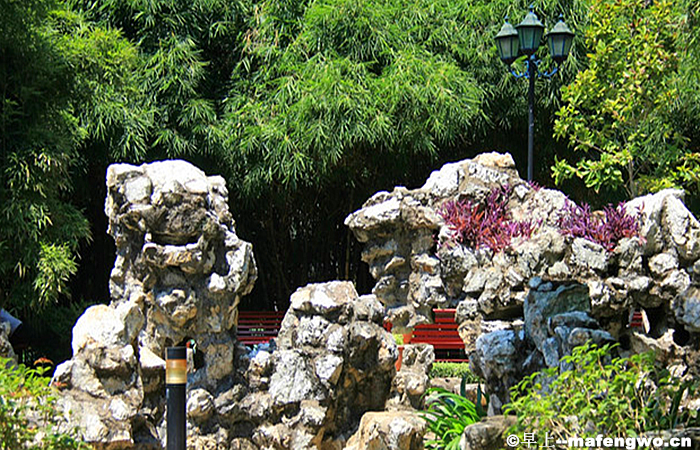 Within the garden of beautiful scenery and picturesque setting, it seems like the quiet and elegant, beautiful and peaceful landscape south of the Yangtze River, which could give visitors a feeling of multum in parvo. The travelogue will take you into a world of beautiful and classical gardens of Suzhou. The orchard was originally agricultural land and vegetable plot of Longtian village.

The construction project of the Lulianruo Park started in 1904 and lasted 20 years. So extensive in size was it that it has no parallel anywhere else among the personal gardens in Macao. The garden was purchased by the Macao government and rebuilt into the garden. Despite the fact that the present's area is less than one fourth of the original garden, Lulianruo Park is also known far and wide that the features of Suzhou traditional garden and the garden of southern China are grouped together.

Chuncao hall is a typical Chinese traditional architecture, yet the outside walls of the house is the cream color that the Portuguese liked to use, and are equipped with white lines. 12 columns also take the form of the Gothic order. The decoration on the top of the column is the pattern of white European-style. The barrier in the chair style on the terrace on the edge of the pond is bright red that the Chinese people love to use, which make visitors experience the real trace of a combination of eastern and western cultures reflected on Chinese architectural complexes.

The scenery of Lulianruo Park has remained sound among many gardens in Macao. You use the front door and enter into the garden, and the first thing that catches the eye is the ageless splendor of rounded arches. On either side of it is the tree-shaded path is overgrown with flowers and green bamboos.

The sky-kissing banyan trees, patches of bamboo groves and blossoming flowers could set off the pavilion and stairway, winding path and cloisters, pond and bridges, rushing water and cascading waterfall, artificial hill and grotesque rocks. The scenic sights inside the garden were properly distributed. The picturesque cragged peaks and picturesque rocks that were heaped up by the artificial hill are exquisitely carved.