An Architecture Tour around Hong Kong

Architecture aficionados, or quite simply fans of beautiful architecture, will find fall in love with Hong Kong’s incredible mix of styles that pull together the best of the East and West, Old and New. Whether you’re into avant-garde skyscrapers, the nostalgic 70’s, or even the intricate ornamental designs of hundreds of years old, Hong Kong will whet your visual appetite for more. Look out for these gems around the city! 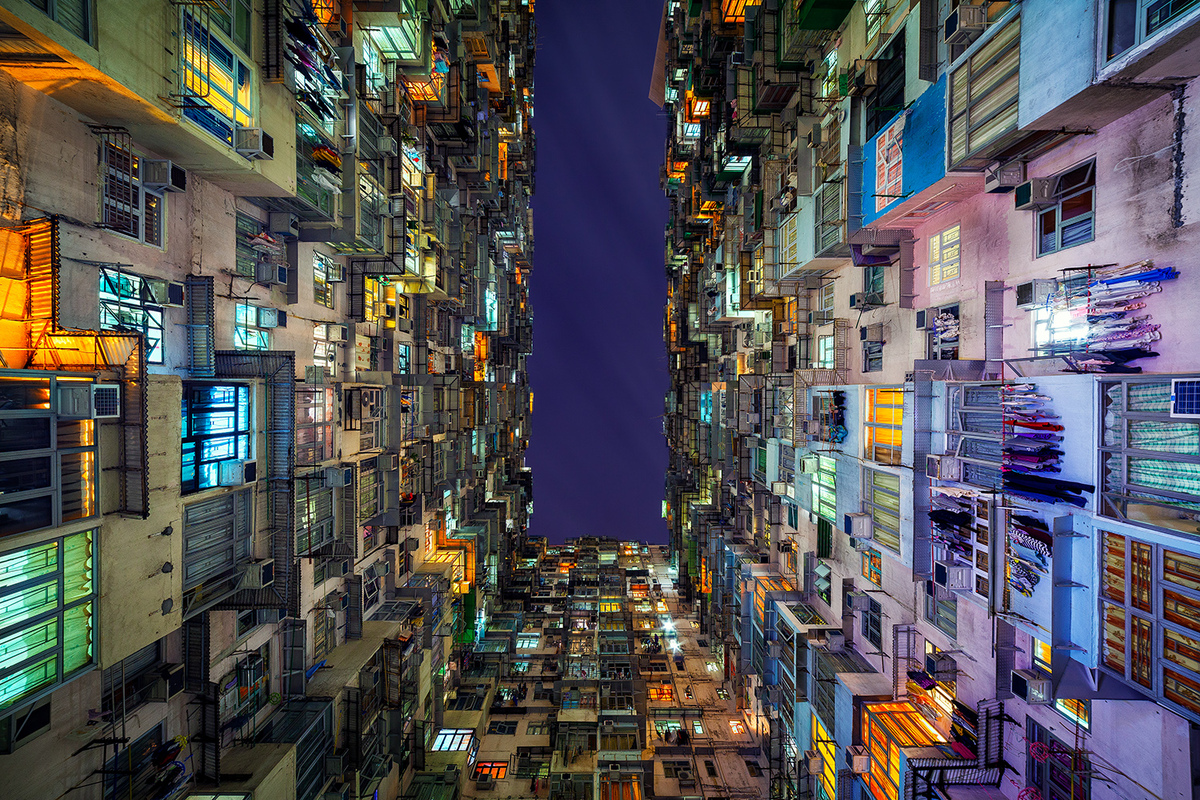 Before you check out the international award-winning works that so elegantly feature in the tourist brochures, take a walk around some public housing development and marvel at the pinnacle of incredibly dense urban living. Yick Cheong Buildings in Quarry Bay is probably one of the most photographed residential development in the city, and its style of tiny stacked apartments that climb vertically into the sky is quintessential of many public residential developments in Hong Kong. The Choi Hung Estate in Wong Tai Sin resembles Lego blocks painted in bright, cheery colors and feature facilities that bring the neighbors together, such as the basketball court.

To see interesting residential architecture for people from the other end of the tax bracket, The Opus at Victoria Peak is one to add to the list. Irregular and organic, The Opus is the work of Frank Gehry, a renowned architect who drew inspiration from the scenery of the Peak. The building consists of 12 very exclusive apartments, each with a 360-degree view, and from the outside, and the interesting helical structure gives it a look of a modern-day whimsical castle.

The idea of visiting a bank may put off many people, but for its architecture and impressive construction, the HSBC Main Building is worth more than a cursory glance. It was the first building of its size that was constructed entirely of steel and without any reinforced concrete in its core. The use of clever engineering and design also enables natural sunlight to be the main source of lighting while at the same time prevents the trapping of heat in the building. When it was completed in the year 1986, it was the most expensive building in the world with a price tag of over a billion dollars in today’s terms.

While you wonder about who financed the building, don’t forget to check out the lions that guard the entrance. The lions were on their way to meet their fate of being melted down in Japan but were saved at the end of World War II by an American sailor. You may see a few locals stroking the lions’ noses and paws for good luck, and you should too, just to make the trip extra worthwhile.

If you take a taxi from the airport to the main island, you would have been treated to the sight of this magnificent bridge. Set against the backdrop of Hong Kong’s hilly landscape with blue skies and waters, the bridge is beautiful in the day and is also stunning when it lights up at night. What makes this an architectural and engineering gem is that it is the world’s longest suspension bridge that holds both road and rail traffic.

To get a good view of the bridge and to learn more about its construction, go to the Lantau Link View Point and Visitors Centre on Tsing Yi island. 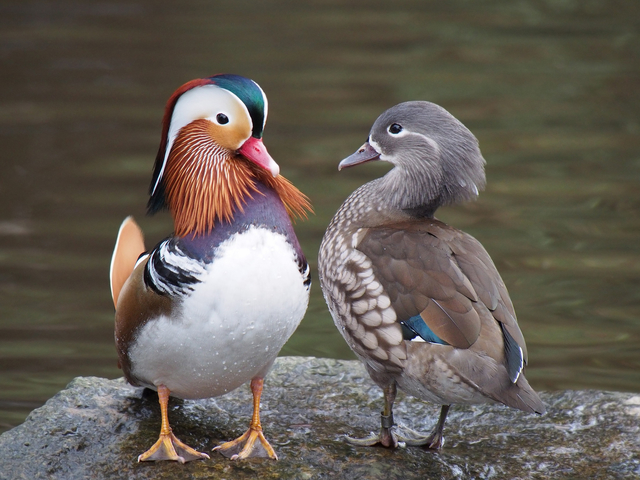 Want to know how the elite family of the 19th century lived in Hong Kong? Visit the Tai Fu Tai Mansion, where opulence is the name of the architecture game. Built in the Qing dynasty, the mansion belonged to a prominent scholar who was an official in the civil service. Perhaps what makes this an architectural beauty isn’t just its heritage and lavishness, but its hints of a fusion of European and Chinese design elements. European stained glass and a fountain seem to weave into the woodwork and ceramics for an ancient East-West take on residential architecture. 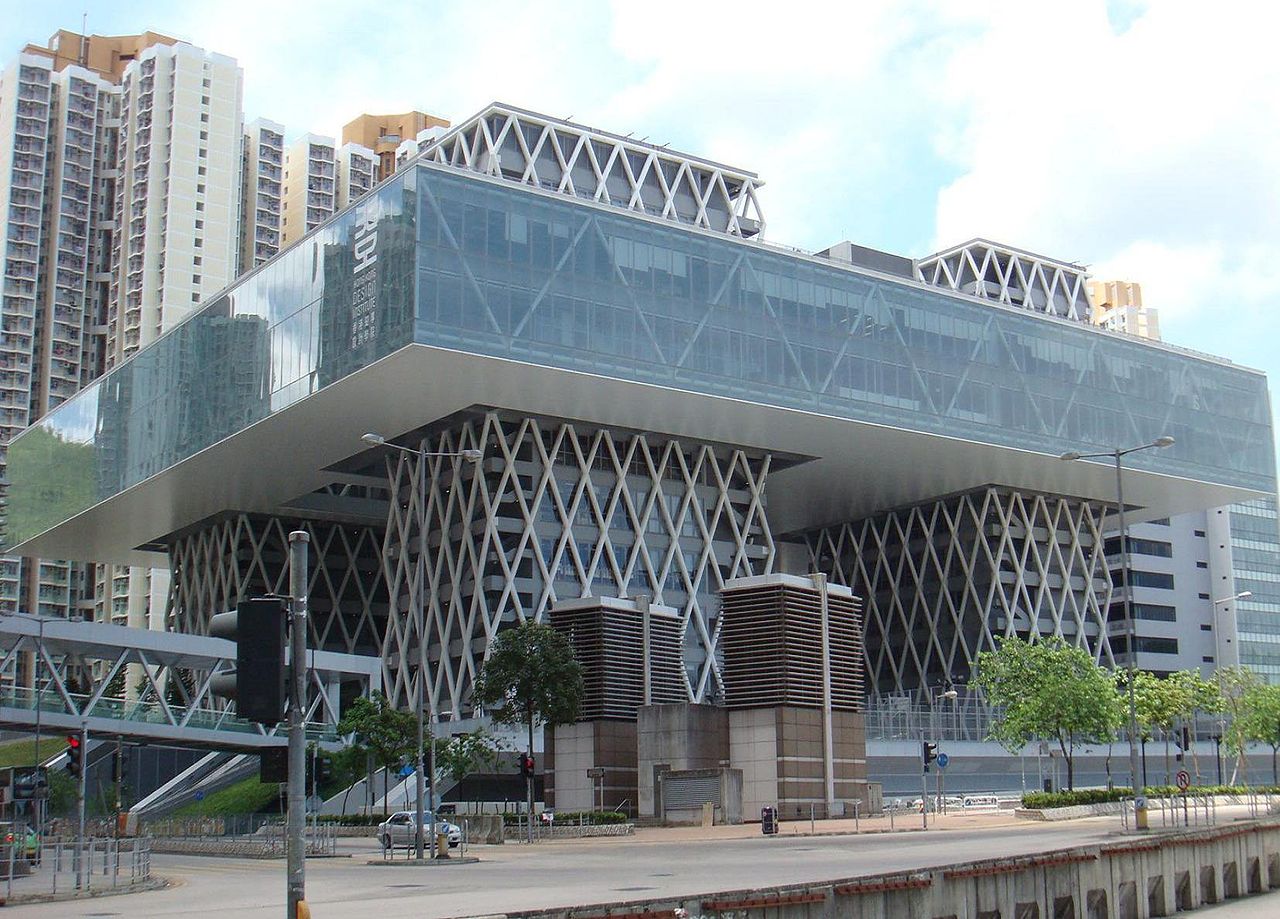 You wouldn’t expect the Hong Kong Design Institute to be housed in a drab and dreary building, would you? The campus was designed by French architects Coldéfy and Associés and won the HKDI International Architectural Design Competition in 2006/2007. The box-like complex that seems to float in the air is held by lattice-steel towers and was created with the idea of interconnection between various elements of the building, including the base, the podium, and the roof and towers. The institute also showcases works and talks by various emerging designers, so check their Facebook page for details.