Thousands of years, the ceramic production process has been the pride of China. To some extent, ceramic become the synonymous with “China”. Ceramics can be classified into many categories based on the differences of location, age, production materials, production processes, of which Guangdong Foshan’s southerly ancient stove occupies an important part in the pottery industry for its long history and advanced technology.

I was lucky enough to visit and experienced the process of ceramic production, and enjoy the charm of the ceramic production process. Southerly ancient stove is also become an excellent place for entertainment for visitors, providing a series of creative vision for visitors to experience pleasure outside of the art, especially the creativity of “brick of the dream”, we can put our dream through imagine dream on a ceramic board, firing in an ancient stove, built into the million dream wall, left a deep impression to visitors.

Here I selected 24 photos, although they can not allow you to experience the sense of entertainment of the southerly ancient stove, you can know little about the pottery technology.

This dragon kiln was built in the Ming Dynasty Masanori years (1506-1521), five hundred years to kiln fire, and is absolutely in continuous production, well preserved, so it is the world's most ancient dragon kiln in continued use. Southerly ancient stove is a stereotypical product of ancient kiln reform, and is also a milestone in the progress of the ceramic production technology, and still play the unique features which can not be replaced by the modern kilns.

The traditional Chinese arts and cultural district bring together the traditional folk art, a collection of lion dance, martial arts, Cantonese opera, and paper cutting, as well as the non-material cultural heritage, attracting a large number of students from around the world come to learn, create, exchange the culture.

There is a group of ancient houses near the Lin family, which is the construction of the Ming and Qing Dynasties, the architectural features of the Lingnan folk culture and heritage of the civilization of ancient architecture, and has been well preserved. It is Guangdong Province’s key cultural relics protection units the in 2002.

3000 square meters of the world's largest playing pottery center can accommodate 3,000 people to play and joy, and is the most unique pottery interactive training base in Lingnan, as well as the world pottery culture and art exchange center.

Shiwan ceramics has a long history, and has a unique and irreplaceable position in the history of Chinese ceramics. To show the history and evolution of the pottery industry, the exhibition consists of six parts: ceramic pick up corner, the formation of the pottery, the evolution of kiln, Shiwan twenty four industries, Shiwan pottery, and the development of ceramics.

As the theme of ceramic sculpture, Shiwan Park covers about 250 acres. The originality firewood works by the Chinese and foreign pottery master show the infinite charm of ceramic art.

It is a Ming and Qing architecture doll Street connecting between the Shiwan Park and southerly ancient stove, specializing in selling all kinds of ceramic art, including the traditional works of masters and modern furniture, decorations.

The most creativity in southerly ancient stove is the dreams brick. All the people who have dreams put their dreams on a ceramic board with pictures, texts, fingerprints and other ways they can think of, burned out and numbered, building the so called “million dream wall”, starting from the pottery hall, stretching tens of kilometers throughout the Shiwan Park and has become the new Great Wall of China.

Lingnan houses artists' studios transform an old factory into a master studio, a stirring of rational thinking and emotional creative aesthetic space, a suitable haven, and creative work and life for artists. 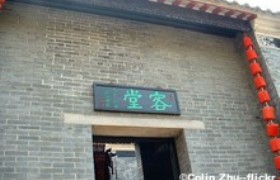 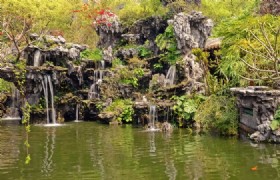