Baijiu, translated literately as white liquor, is a distilled spirit brewed with grain such as wheat, barley, and millet. You may often hear Chinese people introduce baijiu to you as “white wine”. But that is not very precise since baijing is a very strong spirit that any kinds of wine will never be. The practice of making baijiu has a history of over 5000 years. Baijiu is collectively referring to all kinds of transparent distilled alcoholic beverages with fermented grain in China. Generally, baijiu contains 40%-60% of alcohol by volume. It is similar to Vodka in strength and mouth-feel. But unlike vodka being the base liquor for a variety of cocktails, baijiu is often consumed neat. Usually baijiu is poured into small cups to the size of a shot glass. It can be either sipped or drunk in one shot, depends on the situation. 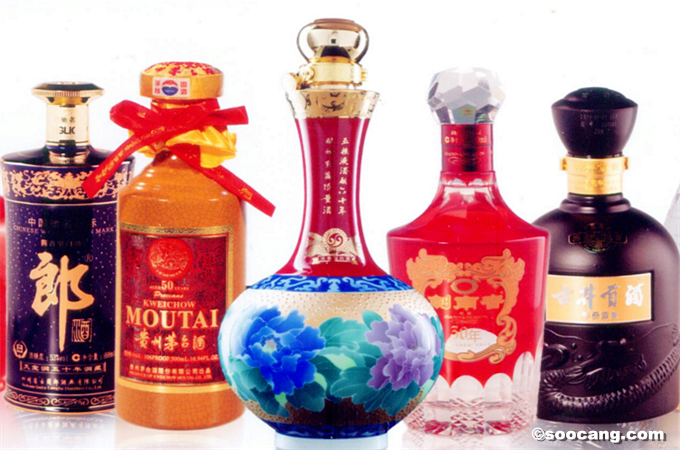 Baijiu has many types, but generally can be divided into flavored and unflavored. There are about 20 kinds of baijiu. Some are stronger, some are milder. My first impression on baijiu is “throat searing”. I had my first taste of baijiu a long time ago. Over the years I drank it a few more times but I never get to like it. However, many other people love it. The price of a bottle of baijiu varies greatly, from less than CNY 10 to over CNY 20,000.

Chinese people like to celebrate whatever they think worth celebrating with alcohol. And baijiu is the most commonly used alcoholic beverage. Except in Guangdong province (Canton), you can easily find a bottle or bottles of baijiu at Chinese dinner table during Chinese New Year, or other dinner gatherings. In general, baijiu is not very popular among Cantonese, but much endorsed in other part of China.

There is an indispensable role for baijiu in the culture of Chinese dinner table. While dining, the host will propose a toast to everyone at the table or to an individual/individuals. The toaster will drink first and the toastee/s must drink the same amount of baijiu to show respect. Sometimes during a dinner, multiple toasts will be proposed. As people getting drunker, the toast will be more frequent and the toaster often drinks off a cup of baijiu and the toastee must follow. It is reckoned as impolite and disrespectful to not drink the same amount for the toastee. And it can piss the toaster. I don’t know how long this cultural phenomenon has been going on, but it is quite common and many people take it seriously. This stems drink urging which is not a very good practice. Although a toast at the table bears good will to the toastees from the toaster. Some people who can drink a lot of alcohol make it a way to get people drinking, and suffering. They want everybody to drink with them regardless whether or not other people can handle baijiu. Drink urgers will make you feel like you are a total bummer if you don’t drink. Sometimes they will really get pissed and unpleasant arguments can happen.

Drink urging can happen in all kinds of dinner gatherings, family, friend or business. It really depends on whether there is any drink urger at your table. For me, I have experienced some drink urgings but not many times, at least not at the family gathering table because my families tend to take it easy on each other. Personally I am against this drink-urging thing. Some people really suffered from this. However, I somehow agree to a Chinese saying that “you can see clear a person’s characteristic at a dining table”, or a drinking table to be exact. Some people holds back at the table, pretending that they can’t drink much or is allergic to alcohol; some people bluffs how much they can drink to intimidate others; some other over drink to impress or simply don’t know how to reject. And of course, there are the drink urgers who ruthlessly want people to get drunk and “have fun”, only because they can drink a lot themselves. “How you act at the table, is how you act in your life”, some wise man once said.