The surface of the tower, leave doors and windows on both sides of the statue are mostly dilapidated, however, keep this dilapidated beauty is also good.

I especially like to walk along the Landianchang South Road. The path of the road is located between the West Third and Fourth Ring, not only wide, no traffic jams, but also near the Kunyu River, with beautiful scenery. The linglong Tower near the Balizhuang Bridge is a unique roadside scene, the previous name of the tower is Balizhuang Cishou Pagoda. 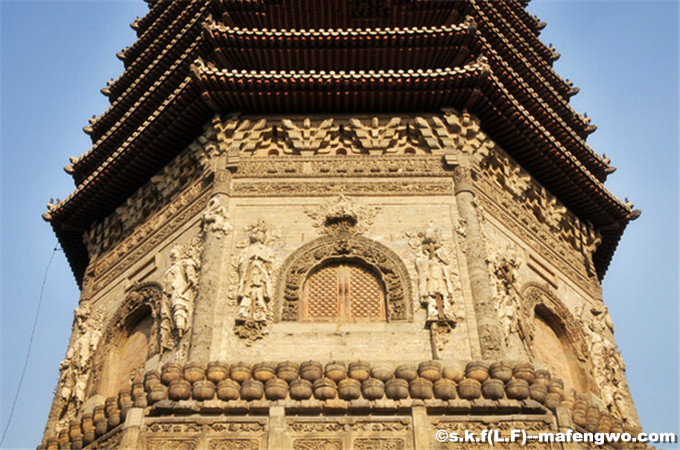 There is a pool in the north of Cishou Pagoda, and some children like playing near the pool.

The fake door in the north side of the Tower

There is basically no statue on both sides of the windows

The body of the tower is a total of thirteen layers of dense eaves.?

The body of the tower is a total of thirteen layers of dense eaves.?

This is the south side of the tower? 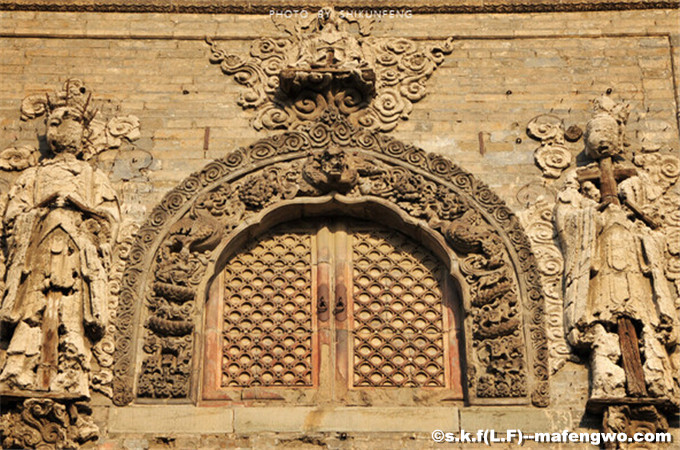 This Cishou Pagoda is a typical dense eaves tower, octagonal and thirteen layers. Such towers are very common in China, the most typical feature is that the proportion of the first layer is particularly large, while the above layers are closely linked, and generally is a solid tower, can not be boarded. Beijingers may feel very familiar with such tower, and the masterpiece of such tower is the famous Tianning Temple Tower. In fact, this Cishou Pagoda was built modeled the Tianning Temple Tower.

Cishou Temple Pagoda formerly known as the Yongan Wanshou Tower, located inside the Cishou Temple. The tower is about fifty meters high, and is divided into three parts: the base, the body, and the top. The base is carved with figurines of Buddha, guardian warriors, flying Apsaras, and the upper part is also carved with a variety of musical instruments, very rare. The most impressive is the tower body, the most obvious feature of this the first layer of the tower is tall.

Such grass is rare now.

A pond in the park

In the pavilion, several theatergoers leisurely playing, playing the tunes of Farewell My Concubine, sounds intoxicating.

The north side of the tower is a larger rectangular plaza.