Baopu Taoist Temple is constructed to honor Ge Hong, who was a famous Taoist chemist and medical expert lived during 281-341 BC. The temple is considered as one of the three major Taoist temples that are located in the precincts of West Lake. Adjacent to the temple you can see the Fuxing Temple on Yuhuang Hill and Yellow Dragon Cave. Baopu temple is located in the Geling Hill, a 166-meter-high hill located in the western side of Hangzhou city, Zhejiang Province, in the People’s Republic of China. When you look through the archeological wonders of China, it would be surprising to see that many of China’s ancient temples and parks were constructed on top of mountains or at their foot of hills. Baopu Taoist Temple is one of the sterling examples of ancient China architectural wonders! 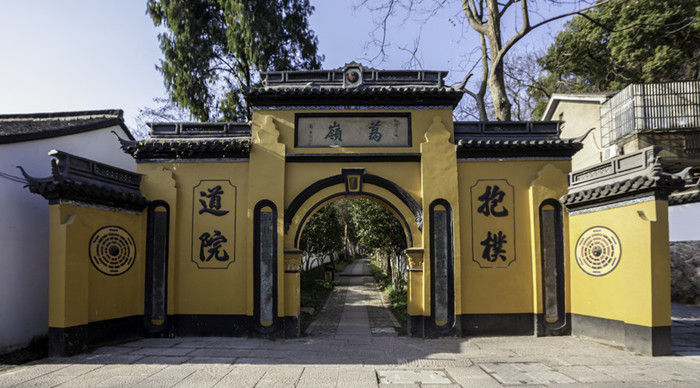 The root of Taoism is deep in Chinese history and can be dated back to the second century AD. The father of Taoism is well-known as Lao Tzu, who founded the Qin Taoist School of Thoughts to promote and expand Taoism. His famous works, the Way of Power, is the primary pivotal thought of Taoism which is used to practice and learn Taoism. Other than Way of Power, there are so many other literature works promoting and dealing with Taoism can be seen in the liberal libraries of ancient Chinese cultures.

The temple was built in Eastern Jin Dynasty and was further renovated and expanded during the period of Song Dynasty. Further renovation and expansion was carried out during Tang Dynasty (618-907). Wars and natural calamities had its own toll and it has undergone various kinds of rebuilding and renovation exercises. The temple underwent major renovation works in Ming Dynasty.

Upon entering the temple, you will see the Gexian Hall. This is the main hall of Baopu Temple and a sacred place. The main hall is made of wood and bricks and you can see a platform there, where Ge Hong believed to spend his time to study and observe sun, moon and stars. The platform is situated in a location which is very convenient to watch and observe the sunrise. Tourist throng in to this place to experience the serenity ambience that would have enlightened the great visionary.

Chinese government and local authorities are putting lots of conscious effort to maintain and restore the Taoist culture and its practices. Lots of tourism promotions are being carried out to promote Baopu Taoist Temple and as a result a lot of domestic tourists started visiting this location. Periodical renovations and maintenance are being carried out by the authorities along with important functions related to temple are carried on a regular basis. The site is being considered as a protected area due to its historical importance and efforts are being taken by the authorities to maintain and preserve the relics.