The cities positioned either side of the Lo Wu border have different characters in many respects. One proclaims itself to be “Asia’s World City” – a unique metropolis that is home to the gravity-defying edifices of international banks and multinational corporations. The other, by stark contrast, is a decidedly Chinese affair where many Mainland head-offices typically set-up shop. Hong Kong is cosmopolitan with respect to the large and varied community of expats that call the SAR home, while Shenzhen’s diversity stems principally from its attractiveness to Chinese from all corners of the Middle Kingdom seeking a better life. 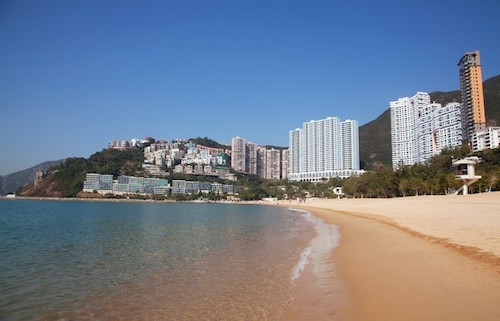 Ask anyone what the two cities have in common, and you’ll hear nouns like “concrete” and “glass” or adjectives like “entrepreneurial” and “energetic.” This should come as no surprise when considering these are the two principal economic engines of the Pearl River Delta region. But should someone mention “surf n’ sand” you’d be understandably taken aback. However, this is very much the case in the subtropical Deep South. Whether you wish to hit the beach in Hong Kong or go for swim in Shenzhen, there’s a plethora of seaside resorts and secluded bays to choose from. And in a humid place where the mercury rises well into the thirties for much of the year, you might find yourself seeking out the shore sooner than expected. 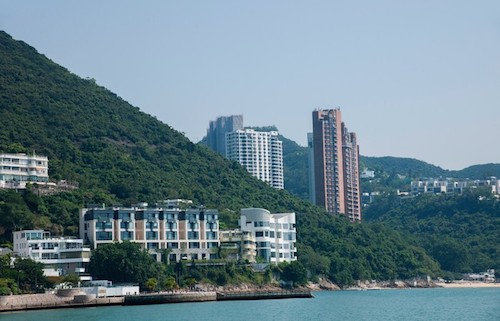 Surfers take note: Tai Long Wan offers decent waves in a to-die-for-setting making it a real delta “secret spot” for dedicated beach bums. As with anywhere truly worth visiting, it is no easy find. The 90-minute walk along the MacLehose Trail from Pak Tam Au to Ham Tin Beach ensures the sands seldom get busy. There are no lifeguards here so officially one is not supposed to swim. However, big waves draw adrenaline junkies like sardines attract sharks. It’s not very developed, and you may want to bring refreshments though there’s a spattering of cafés and surfboard hire in the high season.

If you’re seeking more mainstream amenities, you should probably head to the south side of Hong Kong Island for some of the best beaches the territory has to offer. The golden sands of Shek-O to the southeast of the island (bus no.9 from Sha Kei Wan) is a family favorite due to the shark nets, lifeguards, and gentle tide. To the west Repulse Bay (so called because the Royal Navy once fought off pirates here) is anything but repulsive. In fact, the surrounding real estate is some of the most expensive in Hong Kong, and when one considers how pricey Hong Kong is, that’s no drop in the ocean! That said it’s not exclusively for big money. In fact, good transport links make it one of the most popular stretches of sand in Hong Kong. To get there take any one of these buses: 6, 6A, 260, 6X, 63, 65 and 973. 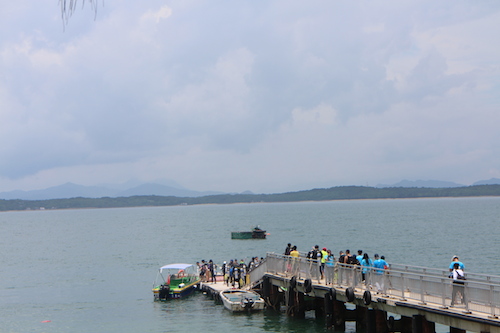 With over 257 kilometers of seashore, Shenzhen has to beaches to rival it’s neighbor to the south. The verbosely branded Dameisha Beach Seashore Park in Yantian District is the longest stretch of sand. Opened in 1999 it is free to use and has every kind of convenience: shops, seafood restaurants, knickknack stores, you name it. The only downside is the crowds who sit cheek-by-jowl on the sand or clog the surf with rubber rings. If you can afford it, the best bet is to make for the Sheraton Dameisha Resort, which has its own private beach, as well as outdoor swimming pools and several notable restaurants.

Further down the coast, the 800-metre long Xiaomeisha is generally less crowded, perhaps due to a mandatory RMB30 entrance fee. However, you can make a saving as one can also camp here for RMB100, which is decidedly cheaper than any of the hotels in the neighborhood. The hill-framed cove is very picturesque, and there's the Sea World water park, which hosts daily shows involving live animals (and is thus not to everyone’s taste). For a while it’s cozier than Dameisha, Xiaomeisha still targets the popular holidaymaker with ice-cream stands and parasols.

Indeed, if you’re looking for somewhere more exclusive, the isolated coves on the Dapeng Peninsula another half-and-hour or so east is where you can find a palm-lined-paradise minus the maddening crowd.

Shenzhen Outward Bounds A Tour in Mangrove Forest at the Shenzhen Bay Why Chinese people are so fond of karaoke? Shenzhen Travel Guide