The fascinating art of shadow puppetry has always been a cultural heritage of China. The captivating performance that is accompanied with extraordinary music and vividly colored puppets provides an audience with lively entertainment. Shadow puppetry differs from traditional puppetry in many ways and perhaps it is its unique theatrical form and regional variations that it continues to gain recognition. To learn more about the history of shadow puppetry the best place to visit is Beijing Dragon in the Sky Shadow Puppet Playhouse which is also a museum of shadow puppetry. At the playhouse you can watch a shadow puppet performance and learn about how shadow puppets are made and the different type of puppets. 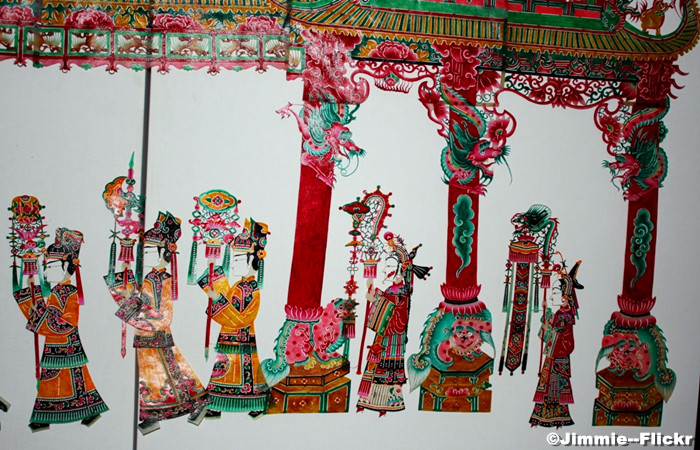 The story behind the creation of shadow puppetry is touching and romantic. According to history Emperor Wu of the Han dynasty was devastated by the death of his favorite concubine Lady Li and ordered his ministers to bring her back to life. Obviously unable to raise the dead the ministers created a puppet of Lady Li using donkey leather and animating her with painted clothes and movable joints and using an oil lamp they made her shadow move bringing her back to life for the emperor. Since then shadow puppetry has become a traditional folk art used to animate myths and fairytales. 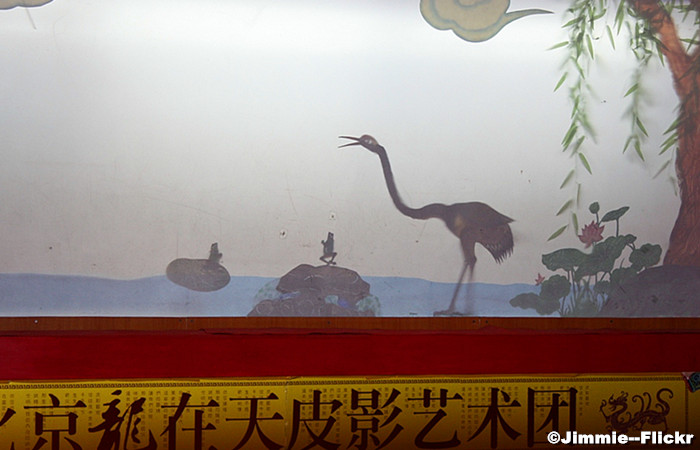 Creating a shadow puppet requires the finest skills in order to be able to create intricate details. Donkey leather is primarily used to make the puppets, the leather is soaked and scrubbed so it reaches the required thinness and is then left to dry. Once the leather is dry patterns are carved using a needle pen and then the patterns are carved out. As the shapes and desired patterns are formed they are painted and in some place they are varnished with a coating, once dry the parts are assembled and the finished puppets are ready for their debut. 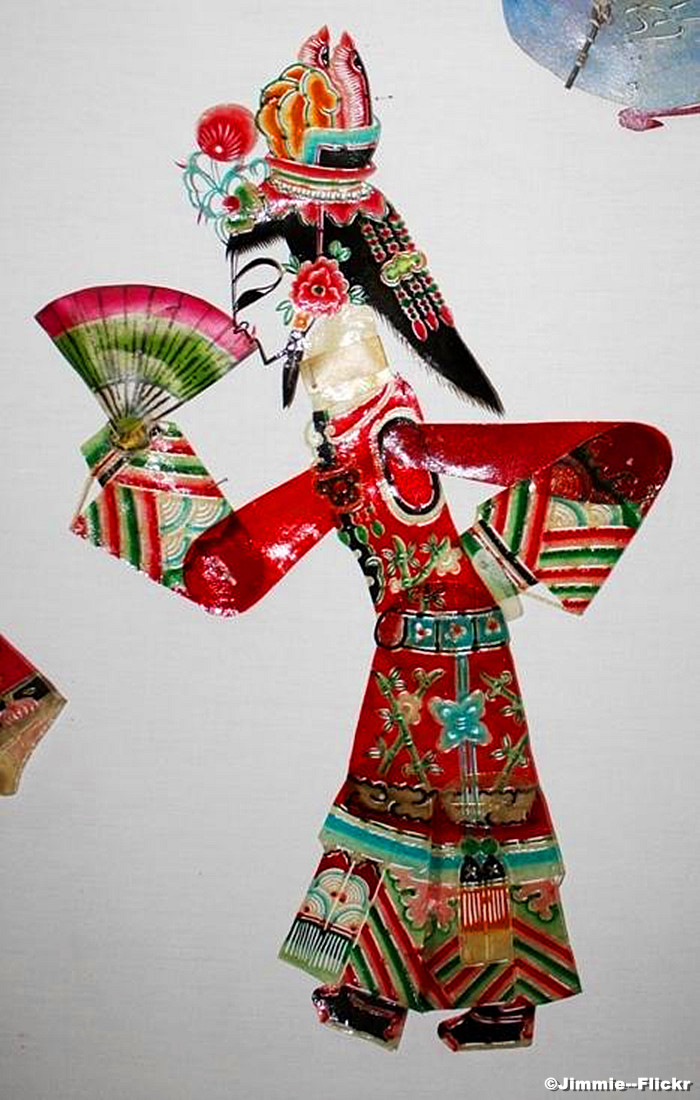 Wonderfully designed puppets have the finest details and intricately painted. The complex procedures for creating and designing the puppets and painting the details onto the leather components of the shadow puppet require a great deal of skill.