Given the SAR’s reputation as an “Asian Manhattan” or “Skyscraper Forest,” it would be easy to forget all about nature when negotiating the rush hour crowds in Central. Most go to Hong Kong to marvel at the vertical city, stock up on designer goods, and then frequent the many fine diners festooning the city. 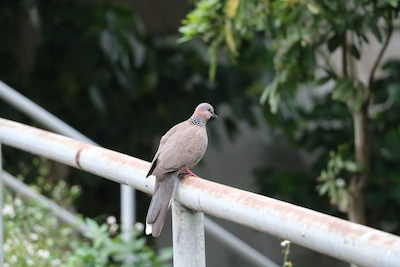 Little thought is given to the fact that the seven million souls that call HK home occupy just seven per cent of the land! This means that large tracts of the territory are given over to agriculture or wilderness. The diversity of the flora here, not to mention the dramatic topography, attracts a diverse array of wildlife, not least birds. 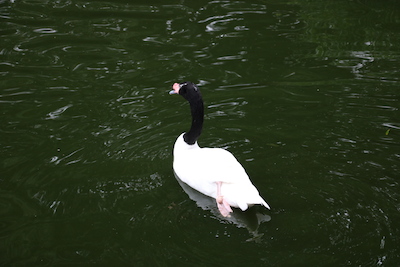 You can go birding year round in Hong Kong though winter is best, when many notable species fleeing the arctic winter, migrate to the New Territories as well as various island habitats. Highlights include the Orange-bellied Leaf Bird, Blue-capped Kingfisher and the icon, endangered Black-faced Spoonbill. 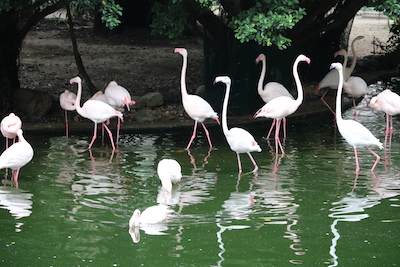 This downtown haven is remarkably rich in avian life, affording visitors a great introduction to some of the birds that make Hong Kong their home. The park is a veritable jungle of towering palms and banyan trees – their tangled root branches offering plenty of space to nest. The green canopy overhead resonates with birdsong. Indeed, over 100 species have been recorded in the park since its inception in 1989 with the Alexandrine Parakeet and Red-Whiskered Bulbul star attractions.

For those unaccustomed to identifying birdsong or wielding binoculars, there’s a fantastic waterfowl pond home to an elegant flock of Great Flamingo as well as Lesser Flamingo, Hawaiian Goose, Black-Neck Swan and Common Peafowl. There’s also a captive bird enclosure with some non-native exotic species like the Red-Tailed Cockatoo and Yellow Head Amazon Parrot.

To get there: MTR Tsim Tsa Tsui Exit A. 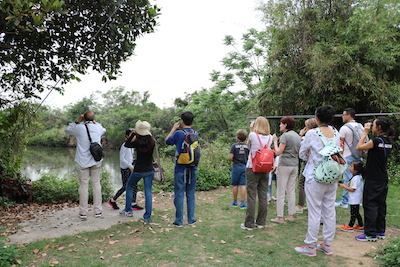 Operated by WWF Hong Kong, this extraordinary wetland sanctuary located just south of the Shenzhen border plays host to dozens of migratory birds during the autumn and winter while the summertime is a great time for scoping out the insects of the New Territories. If you’re not a paying member, however, you can’t just wander in as the site is protected. Instead, book yourself a tour online. You can elect Cantonese, English or Mandarin. Then simply turn up for your three-hour romp. There are manmade fishponds, mangroves and shrimp ponds (known locally as gei wai) to explore. The diverse habitats attract an equally diverse array of birds making Mai Po an ornithologist’s paradise. Of note, the Black Faced Spoonbill, a fish catcher, migrates here from the Korean Peninsula each year. There are also Marsh Sandpipers, Oriental Magpie Robins, and Marsh Sandpipers as well as a plethora of duck species. Binoculars are distributed for free if you don’t have any.

To Get There: Taxi from the nearest MTR Sheng Shui will cost about 80HKD and take 20 minutes. Alternatively, take bus 76K to Mai Po Village and walk along Tam Kou Chau road to this visitor center.

This is another New Territories locale, and one more suited to the experienced birder. Situated between the Tai Po market and the Chinese University of Hong Kong, the reserve comprises one of the most mature secondary forests in the SAR. Rich in vegetation and native trees, Tai Po Kau Nature Reserve is probably the best place to view forest birds like flycatchers, warblers, and thrushes. Highlights include the Hainan Blue Fly Catcher and Fork-tailed Sunbird.

Bird watching in Kong Kong can be conducted out at sea where migratory birds, as well as domestic birds, can be viewed. Po Toi Island, Tung Ping Chau and Tap Mun are the best islets to visit. You may even be lucky enough to see a White-bellied Sea Eagle.

To Get There: Check the local ferry timetable.