Hong Kong is a vibrant city that literally never sleeps, and is the perfect place to celebrate the Chinese New Year. As a bright-eyed tourist wandering about town during the festive season, you wouldn’t be left out in the cold as Hong Kongers don’t just celebrate at home, they bring the party downtown so you can join in the fun too.

What’s the Chinese New Year about? 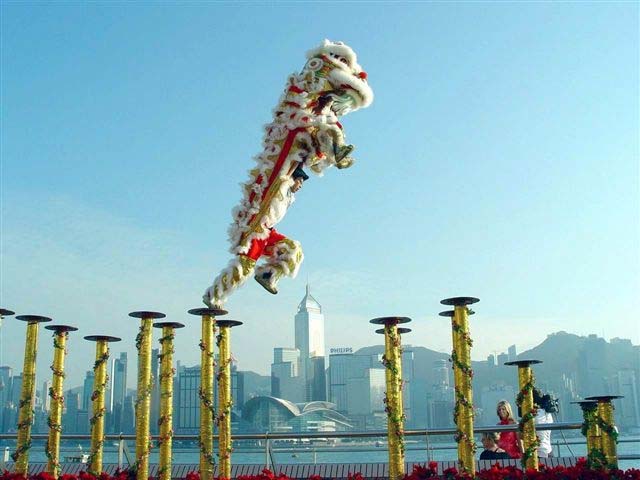 The Chinese New Year is the new year according to the lunar calendar, which is traditionally the calendar that the Chinese use.  The first day of the new year is the day of the new moon, and so this varies every year. The Chinese New Year, or Lunar New Year, is widely celebrated in countries that have a significant Chinese population. Festivities and the visiting of families and friends last for 15 days, culminating in the Lantern Festival on the day of the full moon.

Many Chinese families still observe the traditions of the Chinese New Year, including house-visiting, reunion dinners on the eve of the New Year, paying heed to superstitions, and welcoming the new with well-wishes, Lion Dance performances, and visiting the temples.

Chinese astrology also plays a significant part, so don’t be surprised to see many predictions for the year being displayed in malls or broadcasted on television.  In 2017, we welcome the Year of the Fire Rooster, hence rooster decorations will adorn the homes, and you’ll probably see rooster mascots in town.

Where can you join in the fun in Hong Kong?

As a traveler, you don’t have to worry about shops and restaurants closing. While many businesses and public offices close for a few days, many retailers and restaurants will remain open to cash in on the festivities. The best way to experience CNY is to enjoy the seasonal dishes, watch a parade and Lion or Dragon Dance performance, and soak in the atmosphere in the temples and on the streets.

Sponsored by Cathay Pacific Airways, this parade is one of the biggest Chinese New Year events and is broadcasted on live television.   On 28 January 2017, which is the first day of the new year, you’ll see performances by artists and celebrities from Hong Kong and abroad, and there will be intricately decorated floats. Brave the crowds and head to the mains roads of Tsim Sha Tsui to check out the floats as well as to gawk at stilt walkers and catch a glimpse of traditional and modern dances and even magic shows.

If you’re missing out on the parade, you can still admire the floats, which will be on display in Lam Tsuen in Tai Po from 29 January to 12 February.

Visit a Chinese temple to pray for good fortune

Many families head to the temple to pray for a smooth year ahead for themselves and their loved ones, so temples are especially busy during this season. Not only are prayers made and blessings thanked for, but people also ask about their future through the use of divination sticks and blocks. 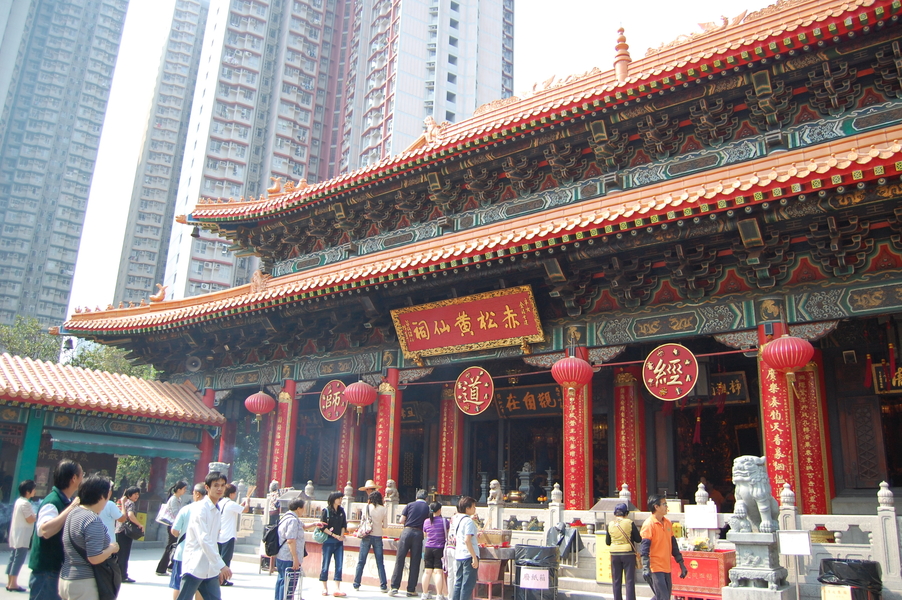 The Wong Tai Sin Temple in Hong Kong is particularly famous and claims to make every wish come true. That’s a bold claim which you can investigate by following the flock of believers and non-believers on the first day of the new year. Even if you don’t believe in wishes, the beautiful temple and the atmosphere makes for a worthwhile visit. 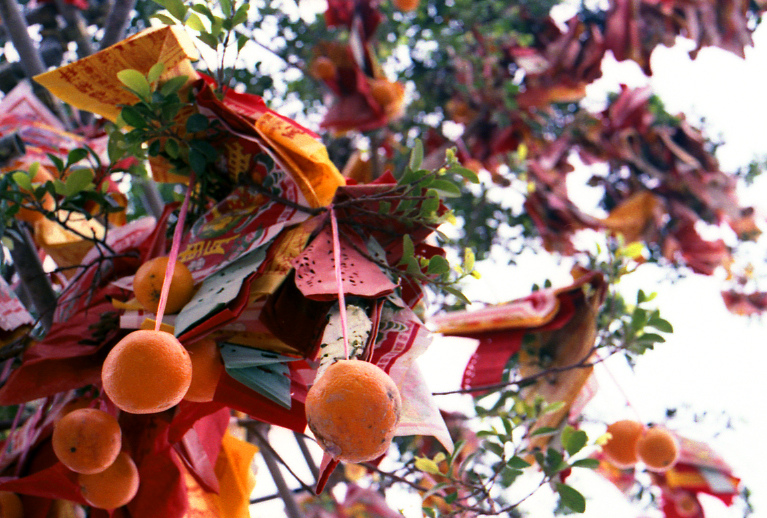 On the other hand, if you have countless wishes to make, add the Lam Tsuen Wishing Treesto your itinerary. Just next to the well-known Tin Hau temple, these wishing trees have got joss paper and wishes tossed all over them as the locals believe that the higher you toss your wishes, the likelier they are to come true.

Have an auspicious meal 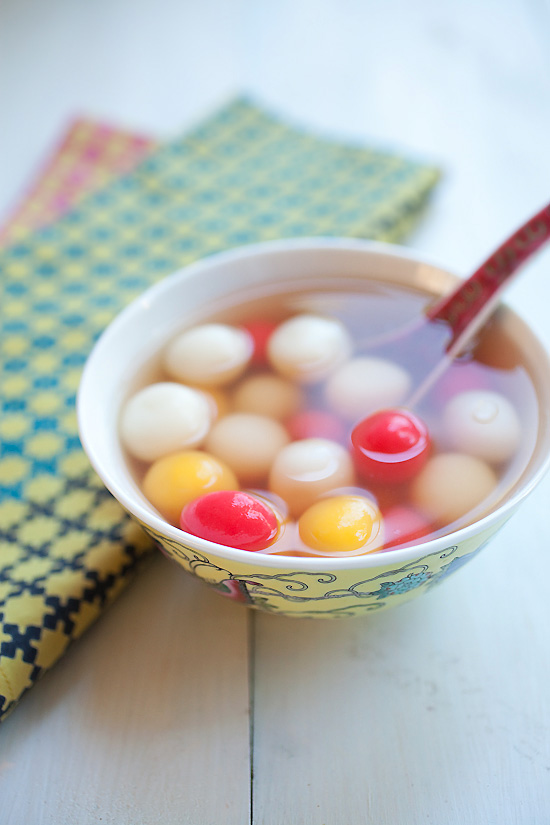 For the Chinese, symbolism plays an important part of celebrations, and food plays a crucial and symbolic role in ushering a prosperous and abundant new year.

Some foods that are considered auspicious in Cantonese have names that sound like well-wishes and good fortune.  For example, the black moss is called ‘fat choi’, which means to prosper, while sweet glutinous rice balls are called ‘tong yuen’, which means reunion, mostly for the entire family.

Ready for a lucky Year of the Rooster? Pack your bags for Hong Kong. Where else can you celebrate with traditional Chinese festivities in the day and party it up at night, all in one compact city? 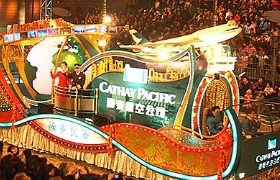 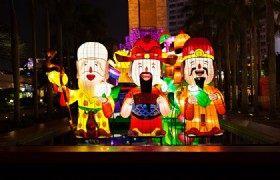 Chinese New Year Parade is organized by Hong Kong Tourism Board, Tickets can be reserved n... 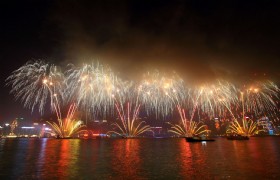 Join in our Fireworks Buffet Dinner Cruise to watch the fireworks display on Wednesday, 6 ...