Wang Family Courtyard is a master of the Qing Dynasty residential buildings, built through the years of Kangxi, Yongzheng and Qianlong, Jiaqing years. 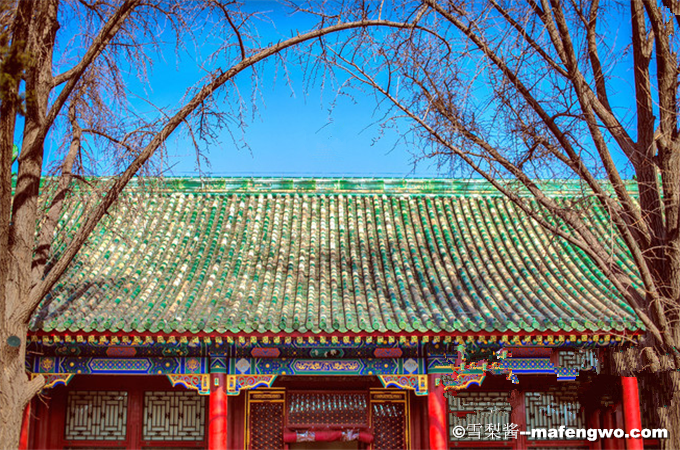 Qiao Family Courtyard was built in the Qianlong years, after several expansions, it was finally completed as a magnificent building group in the early Republican, reflecting the Qing residential style in the north areas of China.

Some famous movies had been filmed in Qiao Family Courtyard. Its simple and exquisite architecture wins popular attention at home and abroad.

Liu's Manor is located in Anren town, Dayi County, Sichuan Province. It was built after the big landlord Liu Wencai got riche rapidly. The whole estate covers an area of 70,000 square meters, as a 300 meters north-south distance of two buildings group, which has a total of 350 houses.

Liu's Manor is a typical Sichuan modern architectural form and style manor, showing the four characteristics of warlords, bureaucrats, landlords in the warlord.

The building is very luxury, with richly ornamented, decorated with hundreds of species of patterns.

The Grand Courtyard of the Chang Family in Shanxi province is one of the typical northern china residences with styles of Ming and Qing dynasty and located in Chewang Village, Yuci Dongyang town.

Chang's family is unique for its Confucian culture, where there were scholars and famous painters, so the houses have their own feature.

Royal Prime Minister's palace is located in Beiliu Town, Shanxi Jincheng, is a mansion of teacher of Emperor Kangxi.

Royal Prime Minister's palace has inner and outer two parts, including 640 houses, with a total area of 30,000 square meters.

Chen's Family is a renowned giant cultural family here. There were talents here during the Ming and Qing dynasties.

Fuling has a unique western residential area, that is, Chen Wanbao Manor in Qingyang town.

Chen Wanbao Manor is a model building combined of eastern Sichuan and the southern style, and can be regarded as the superior of southwest of China's Qing houses.

Qixia Mou's Manor is the largest feudal lord manor in north China, with most complete storage and most typical characteristics.

Mou's Manor has a reputation of "China's little folk Forbidden City", and is a "in-kind encyclopedia" reflecting the feudal landlord class life.

Kang Baiwan Manor is the rare large-scale landlords house built in the middle and late of the Qing Dynasty in Central Plains, located in Kangdian Town, Gongyi City, Henan.

Kang Baiwan Manor had prospered for more than 400 years and became a successful business model of Henan.

Manor covers 40 acres, and the main building is the highest level of caves courtyard in Shaanxi Province.

The whole Manor has wonderful design, and is the largest castle-cave Manor, as well as one of the architectural gem for Han nationality.

The Pala Manor is the best preserved manor in Tibetan. It was owned by the nobility at the beginning.

The Pala Manor is true portrayal of life of aristocrat of old Tibet, and also is the epitome of old Tibet.