You might have seen Chinese Kongfu or martial arts so many times, superstars like Bruce Lee, Jackie Chen and Jet Li. I believe it is in their nature that some guys have heroic complex and have dreamed of they can master great martial arts skills more than once. The origin of Chinese martial arts can be traced back tothe Xia Dynasty more than 4000 years ago. It is said the Yellow Emperor Huangdi (legendary date of ascension 2698 BC) introduced the earliest fighting systems to China. 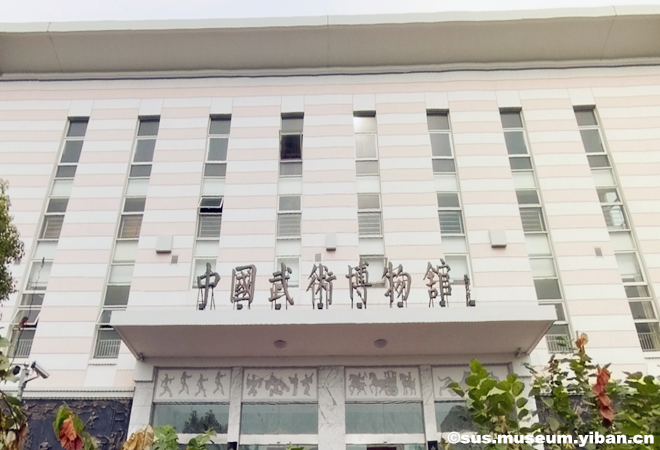 Chinese Martial Arts Museum is situated in Shanghai, established by institute of physical education,covering an area of square meters. It is the first museum with the theme of martial arts. Stepping in the museum, there is a map of China coming in sight, showing all the places where martial arts were originated, including 129 kinds martial arts.The prologue is the museum is Harmony with nature we seek, Ways of pen & sword we explore,Purisuiting knowledge & skills we aspire and Solidarity of people we strive for. 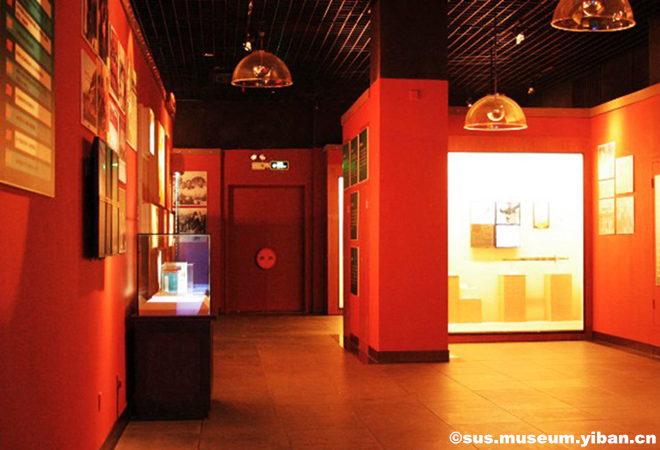 So far it boasts to have more than 2000 artifacts relating to martial arts.Following th guidance of tour guide, first we visit martial arts weapon hall, displaying some popular marial arts kinds of the modern world, as well as some weapons and secret weapons. In heistorical hall, we learn some knowledge of the develop of martial arts from ancient times till today. The tour guide does a great job telling the story in the most possible fun way. Everyone is enjoy the story.

Frankly speaking, it is more like a weapon museum to me, only a few artifacta manifests the true spirit of tradional Chinese martial arts such as conquering the unyielding with the yielding and taking the quiet approach. But for some martial arts lovers, it still can be fun. You can learn some basic martial arts moves for free. They have some interesting multimedia games, fighting with Bruce Lee, dodging flying darts and walking on the wall. That’s pretty cool. 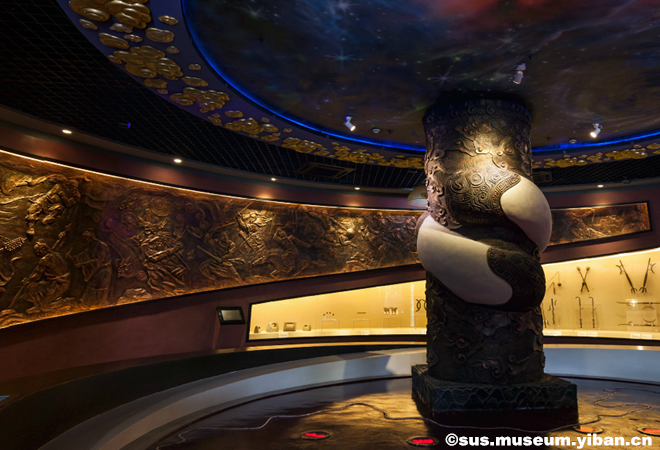 The oldest artifacts of the museum is a dozen of ancient weapons made from bronze, dating back to Pre-Qin era and another sharp sword used by ancient general from Warring States Period (475-221BC). It is amazing to see those great looking weapons in ages ago, all those stuff bringing me back to ancient battlefield. It worth mentioning that some famous chinese weapon maker donated 500 of his weapons to the museum. Iron abacus, iron fan and cane sword, some I only have heard from books can be seen here as well.
There are also some extravagant stoneand wood carving on dispplaying, all about martial arts from different period of time. A relief with a female general grabs my attention, her head is looking up high, all ambitious. There must have been a lot of heros in the army at that age. They also have some desktops fro tourists, with which you can search for some stuff online, very thoughtful and convenient.