Chinese Noodles 101: a guide to different types of noodles

If you’ve been to an Asian supermarket or have been lucky enough to travel around the region, you would have noticed the great variety of noodles, and how they’re prepared depending on the area, you’re in. The oldest noodle ever found was in a 4000-year old bowl in China, and its versatility has ensured that it’s still one of the most popular forms of carbohydrates that we’d love to load up on. If you love noodles and want to learn more about the different forms that you can find across China, read on. 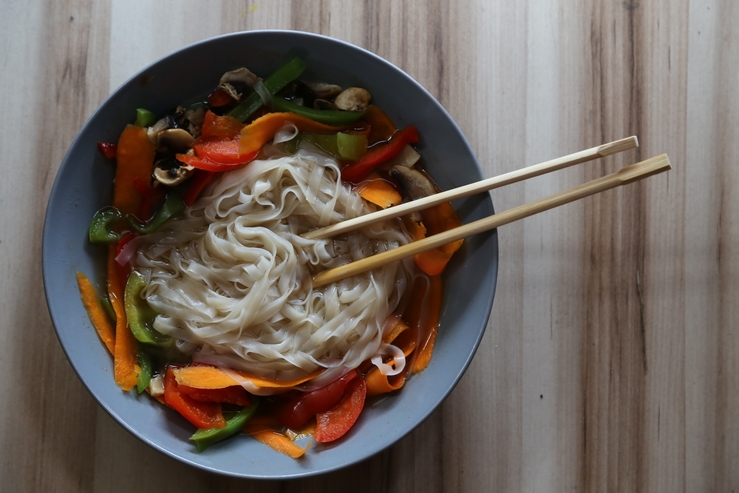 Rice noodles are popular in Southeast Asia and South China, thanks to the cultivation of rice in these regions. Rice noodles are made of rice flour, water, and salt, and come in varying diameters. ‘Hor fun’ is a popular rice noodle dish that’s made with thick rice noodles in a gravy, most often accompanied by bits of beef, chicken, seafood, or vegetables. Rice vermicelli, also called ‘Mi Fen’, is thin as a hair and is often found in stir-fried versions and sometimes in soups. As rice noodles are naturally gluten-free, it’s safe for people with gluten-sensitivity to consume.

In Yunnan, the ‘Crossing the Bridge Noodles’ are a must-have. According to legend, the wife of a scholar brought meals to him every day, and the noodles and ingredients were brought in separate bowls to ensure that the noodles remained firm instead of soggy. Today, you can find lavish versions of this dish in Yunnan with options of many kinds of meats and vegetables.

These are called  ‘glass noodles’ in restaurants, cellophane noodles are made of starch, most often from mung beans or sweet potatoes. They are light and low in calories, ideal for those who want a non-wheat based alternative to noodles. When cooked, these noodles become chewy, slippery, and translucent, and are most delicious when made with a light sauce. 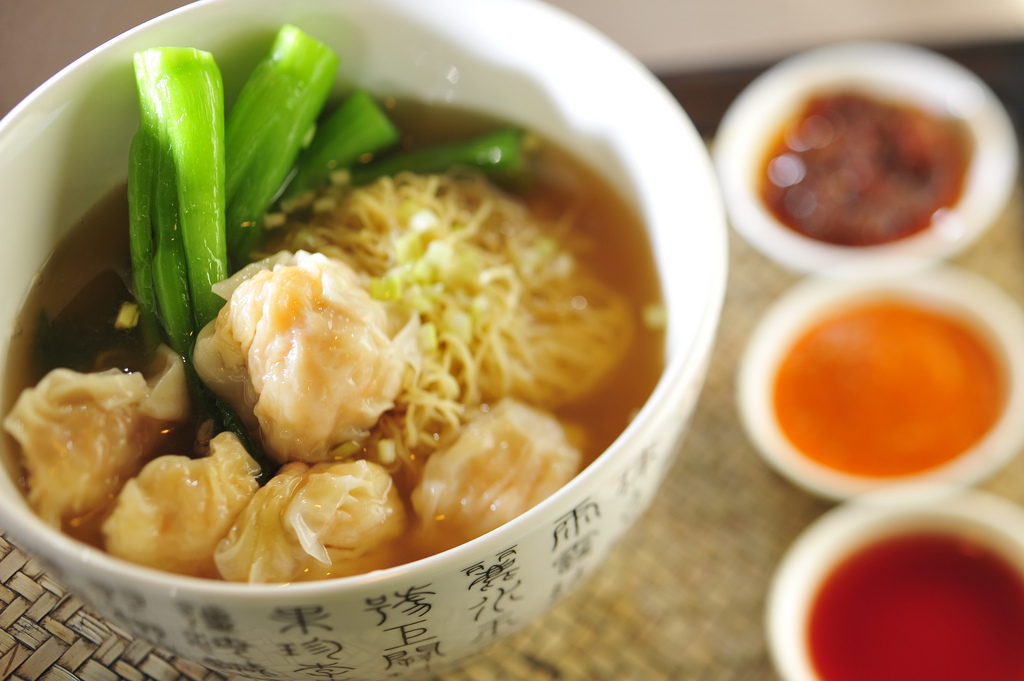 Wheat flour noodles are probably the most common form of noodles and they originate from the North, where wheat is commonly grown. There’s a wide variety of wheat flour noodles, and this encompasses the Wonton noodle popular in Hong Kong, as well as the noodles used for the ubiquitous chow mien. Wheat noodles can either be made with or without eggs, so if you’re a vegan there’s an option of choosing noodles without. A noodle dish that isn’t commonly found in Chinese restaurants abroad is the Zha Jiang Mian, (noodles with soybean paste). This is a popular dish in Beijing and is made of thick wheat noodles topped with a sauce that’s made of fermented soybean paste and ground pork or beef. 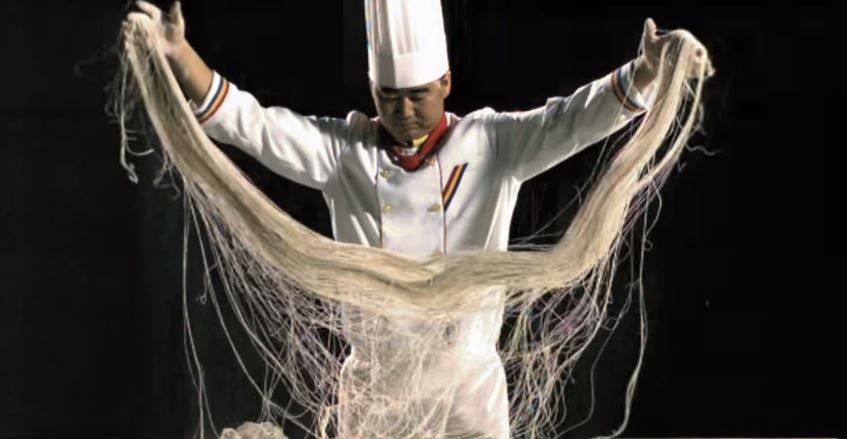 Ever walked past a Chinese restaurant and gawked at the chef stretching a large piece of dough into thin noodles as if by magic? That’s the La Mien or Ramen as it’s known in Japan.  Making La Mien is an art in which the paste is folded and stretched by hand. The noodles are known to have a great al-dente bite to them thanks to the kneading and twirling of the dough. Hand-pulled noodles can be enjoyed with a soup base or in a dry version with a little sauce or gravy. A soup-based La Mien dish is perfect for colder months, or when you just want to have something hearty and wholesome.

If you love watching chefs pulling noodles by hand, then you’d love the sight of knife-cut noodles flying from the block of the dough into the boiling soup at high-speed. To watch a highly skilled chef doing this is akin to watching a kungfu master at work. These thick and chewy noodles have got a real bite to them and can be served stir-fried or in a bowl of soup. The origins of the noodles are rather interesting. It was said that knife-cut noodles came from Shanxi, and were invented during the Yuan Dynasty in the 13th century. The government, afraid of the uprising of the Hans, banned and confiscated knives from the households. Only one knife can be shared amongst 10 families. An elderly couple who wanted to make noodles found themselves knife-less and it was said that the elderly man suggested using a thin piece of iron that he found to chip away at the dough instead of cutting it.