Where to visit from Hong Kong and Shenzhen - Delta Satellites

Hong Kong and Shenzhen lie at the south side of the Pearl River Delta, an emerging megacity in the heart of Guangdong Province. The megalopolis is incredibly integrated by a second-to-none transport network of metro systems, high-speed rail, intercity rail, bus and coach services, as well as ferries crisscrossing the Pearl River itself. There are six airports in the PRD including Hong Kong and Macau. This makes getting about inexpensive and easy. But where might you want to visit? What points of interest might provoke you to leave the comfort of your Hong Kong bubble behind? What follows is a short list of where to go and how to get there. 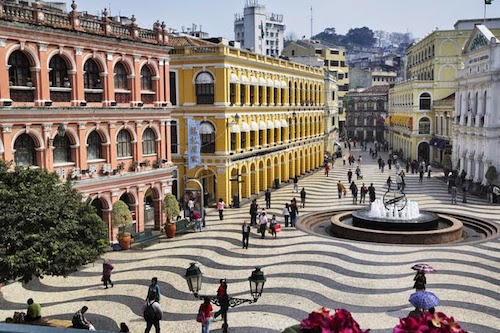 An obvious Hong Kong getaway, the ex-Portuguese colony on the other-side of the Pearl River, has emerged from Hong Kong’s shadow in recent years thanks to its ballooning casino industry. Indeed, its gaming revenue has been the largest in the world since 2006 earning it the “Las Vegas of the East” nickname. It’s not all luxury resorts and blackjack tables, however. Macau was a European outpost long before the Brits won over Hong Kong. Established in the sixteenth century the remnants of Portuguese dominion is evident in the UNESCO protect architectural heritage of the old town. The iconic ruins of St Paul’s, a 17th-century church half burned down in a fire in 1835, affords visitors the must-get Macau photo while the architecture around Senado Square could have you believing you were in downtown Lisbon. Macau is also a foodie mecca, its unique gastronomy blending Cantonese and Portuguese fare. Macau’s culture heart is considered to be the Portuguese Bookshop, the owners of which press various Macau-based publications and host the annual literature festival

Getting There: Presently the world’s largest sea bridge is under construction. When completed it will connect Hong Kong with Zhuhai and Macau. Until then regular ferries depart from Central in Hong Kong and Shekou in Shenzhen.

Many things we associate with Hong Kong actually had the genesis in Foshan – an ancient city to the west of Guangzhou. For instance, wing chun kung fu, a martial arts style prevalent in the south was pioneered by Foshan native Yip Man. The story is told in a museum located in Ancestors Temple, which dates back to the Song Dynasty. Bruce Li’s ancestral home can be found in Shang Village, Shunde, a township administered by Foshan. Shunde is also believed to have been the birthplace of world revered Cantonese cuisine. Cantonese Opera also as emerged in Foshan and is now commemorated with its own museum.

Getting There: Ferries depart regularly from Hong Kong Harbour to Shunde. Alternatively, the buses roll out of Luohu Coach Station every hour. 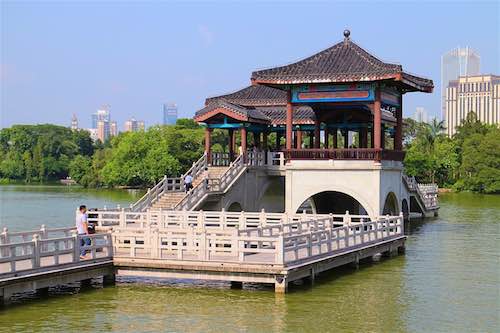 This east delta gem used to be the administrative heart of industrial goliaths Dongguan and Shenzhen. Its regional significance can be found around the West Lake where the stunning Sizhou Pagoda still stands (it was first built in the Tang Dynasty and last rebuilt during the Qing). It was here that Song Dynasty scribe-in-exile Su Dongpo waxed lyrical about everything from the scrumptious local fruit to the beautiful local girls. Today the lake is ringed with the Su Shi Memorial Hall and Garden, a Taoist temple, reconstructed Ming Walls and a revolutionary martyrs park, making it an ideal locale to explore local history. Huizhou is also a Hakka town with some excellent kejia restaurants to sample

Getting There: Buses leave Luohu Coach Station every 20 minutes. Huizhou South is on the Shenzhen to Xiamen high-speed railway line. 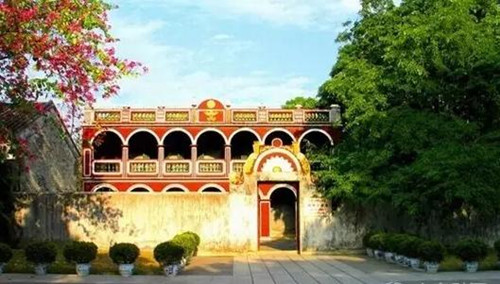 Known as Xiangshan until it was renamed in honor of the father of the nation Sun Yat-sen, who was born in the nearby village Cuiheng in 1866. The man who devoted himself to the overthrowing of the feudal Qing rulers and establishing a republic is now the principal tourist draw to the region. He is remembered with a plethora of historical attractions including the Sun Yat-sen's Memorial Hall located in the city center and the Museum of Dr. Sun Yat-sen, a stunningly reconstructed mansion in his home village. Zhongshan also has some well-preserved Nationalist-era arcades to explore in the downtown area while Wugui Mountain is popular hiking spot offering soaring views of the Pearl River.

Getting There: Buses leave from Luohu Coach Station every 30 minutes or so. China Ferry Terminal in Hong Kong has regular services to Zhongshan.