Potala Palace, situated on the Red Hill of central Lhasa, is the highest ancient palace in the world, reaching 3,767.19m (12,359.55ft) at the topmost point. It is actually an architecture group situated on an extremely high mountain in the northwest of Lhasa, consisting of temples, palaces, dormitories and office areas. The beauty and originality of the architecture of these three sites, their rich ornamentation and harmonious integration in a striking landscape, add to their historic and religious interest. 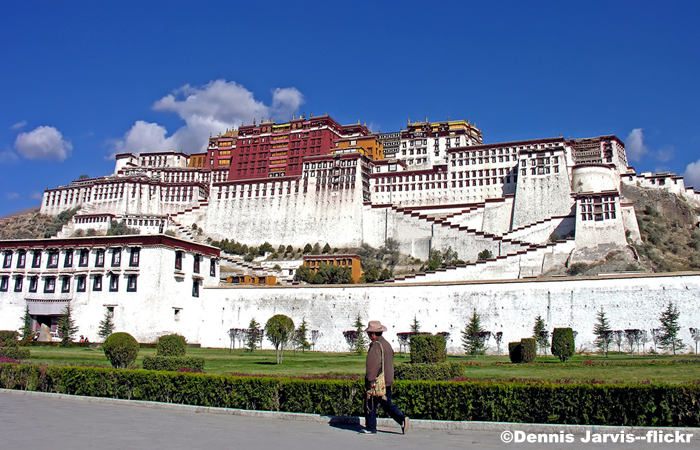 The Potala Palace has earned the name “heaven of arts”, for numerous invaluable treasures are collected within. The State Council of the people's Republic of China announced that the Potala Palace had been chosen to be one of the national cultural relic protection units in 1961. In 1994, it was listed as one of the World’s Culture Heritages by UNESCO. 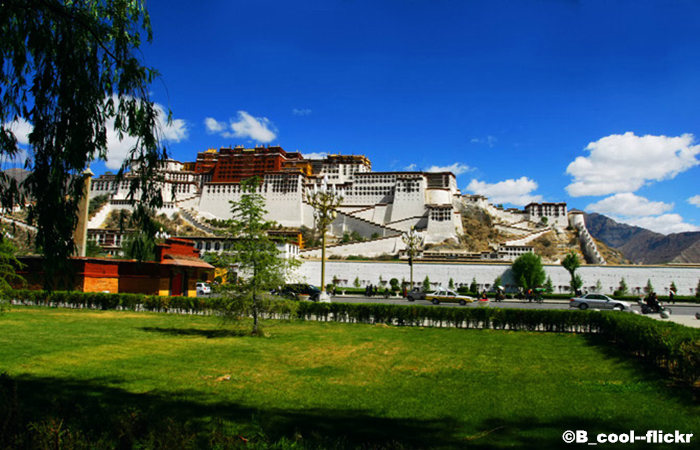 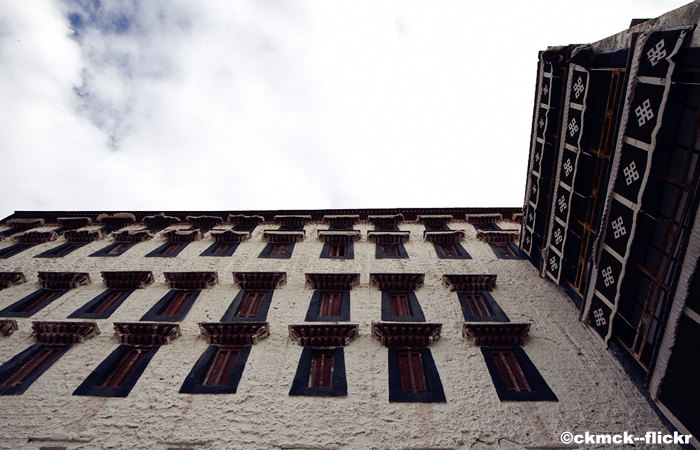 The Red Palace, also called Potrang Marpo, is the highest part in the center that is completely devoted to religious study and Buddhist prayer. It was painted to red to represent stateliness and power. It consists of a complicated layout of different halls, chapels and libraries on many levels with an array of smaller galleries and winding passages: The Great West Hall, Dharma Cave, The Saint's Chapel, The Tomb of the Thirteenth Dalai Lama. 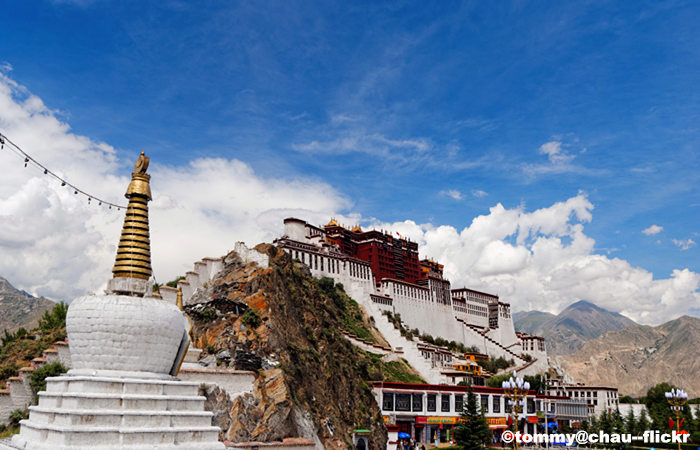 The 725 sq meters (about 7,804 sq ft) Great West Hall is the largest hall of Potala Palace, with beautiful murals painted on its inner walls. Around the Great West Hall are three chapels, the east chapel, the north chapel as well as the south chapel. The Dharma Cave and the Saint's Chapel are the only two remained constructions of the 7th century with the statues of Songtsen Gampo, Princess Wen Cheng, and Princess Bhrikuti inside. 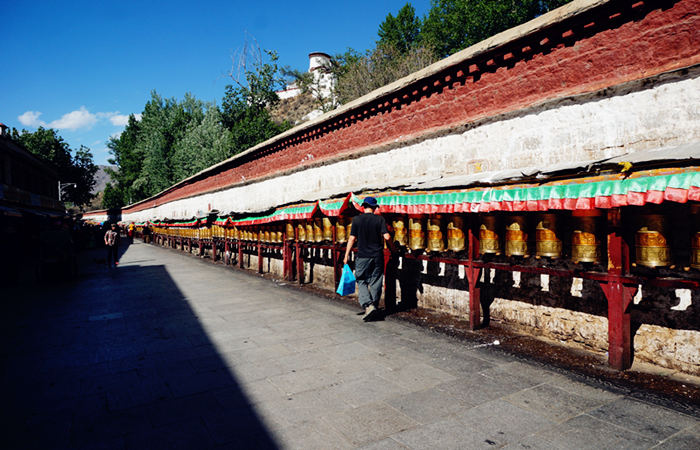 As for the White Palace or Potrang Karpo, it was once served as the office building of Tibet local government makes up the living quarters of Dalai Lama. Its wall was painted to white to convey peace and quiet. The Great East Hall on the fourth floor was the site for momentous religious and political events. The fifth and sixth floors are used as the living quarters and offices of regents while the seventh floor, the top one, is the living quarters of Dalai Lama consisting of two parts named the East Chamber of Sunshine and the West Chamber of Sunshine due to the plentiful sunshine. 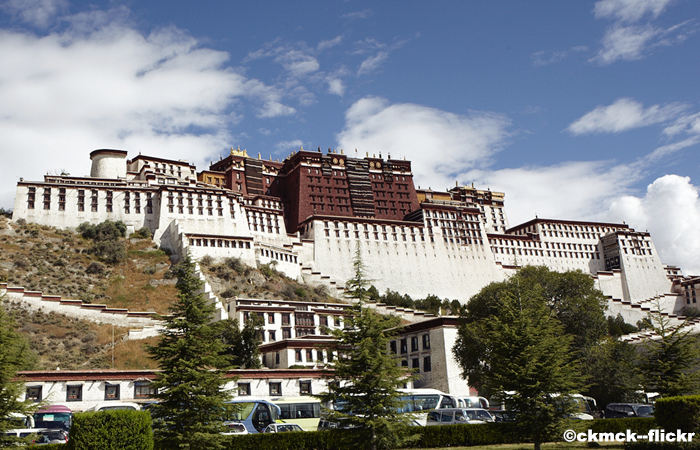 The Historic Ensemble of the Potala Palace owns tens of thousands of collections of diverse cultural relics. The wall paintings are rich in themes, form the best of Tibetan painting art and precious material evidence for learning Tibetan history and the multi-ethnic cultural fusion. The historic scale, architectural typology and the historic environment remain intact within the property area and within the buffer zone, carrying the complete historic information of the property.