If you want to experience the Chinese ancient royal life, you can not miss two places. One of it is the Forbidden City and the other is the summer palace. During the past 4 years, I lived in Beijing. I went to these two places not less than 10 times, no matter I was happy or sad, but every time I explored and experienced something new. The feeling is fantastic and magic. 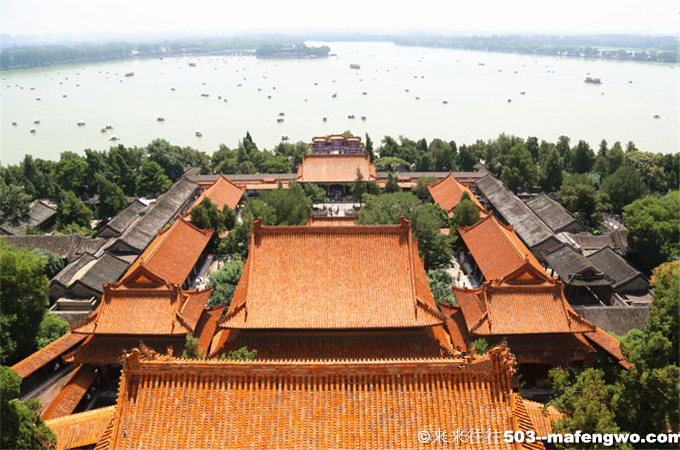 The Summer Palace is one of the vastest imperial gardens in the world, with a total area of about 290 hectares. It is China's largest Imperial Garden, which is also a master of Chinese garden art. At first, the summer palace is the place for the royalty to avoid the summer heat, but Emperor ‘Yong Zheng’ got used to stay there for a long time dealing with government affairs while released. Then the summer palace became the heart of the politics and entertainment.

Before you entered the Summer Palace, you are already shocked by its majestic imposing manner from its appearance. On both sides of doors stand two lions, the lion on the right claw grips, a symbol of the series; The lion on the left paw cubs the baby lion, a symbol of being a motherly model of the nation. 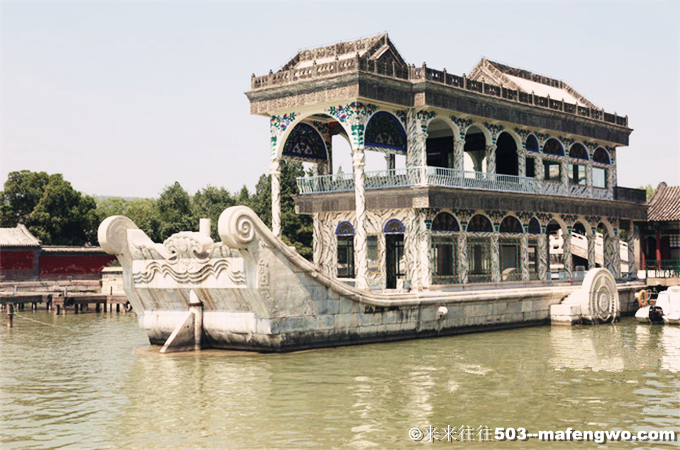 Inside the garden, if you are interesting in Chinese ancient architecture, then here you can see the most authentic Chinese traditional royal architecture and learn how the garden designed and how all architectural elements are distributed. Today I would like to introduce the long corridors of the summer palace. The long corridor of the Summer Palace is bout 728 meters long and on the wall hanged with more than 14,000 pictures, which are about the traditional stories or flowers, birds, fish and insects. All of these are invaluable and cultural relics.

In Chinese “Fengshui” philosophy, a good ‘Fengshui’ must contain both water and mountain. The summer palace was also constructed obeying this theory. Inside the garden, you can find ‘KunMing’ lake and ‘WanShou’ mountain, which are strewn at random, making the garden picturesque. Tourists can also find many Chinese architectural elements in the garden, such as temple, bridges and artificial hills. 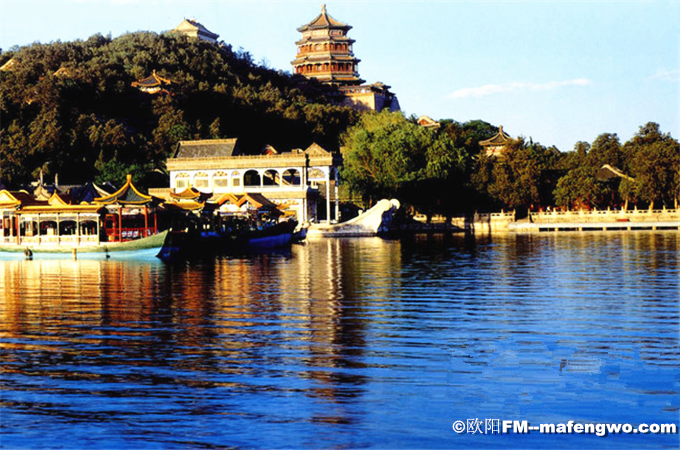 The environment is tranquil in the garden and scenery is breathtaking. The gardeners plant lotus in the lake and willows along the lake. When the breeze is blowing, just close your eyes to taste the fresh air around you then you can feel totally release.

As for me, the summer palace is suitable to go alone. Because without the noise outside the garden, I can talk to myself, abandon the annoyance and pure the soul. Then I can feel refreshing when I leave the summer palace. Of course, you can also come here with your friends and family to share the beautiful scenery.