Walking through the old city you could convince yourself you were in Europe - if the streets were devoid of people and Chinese-language signage, that is. Actually though, it’s Macau. 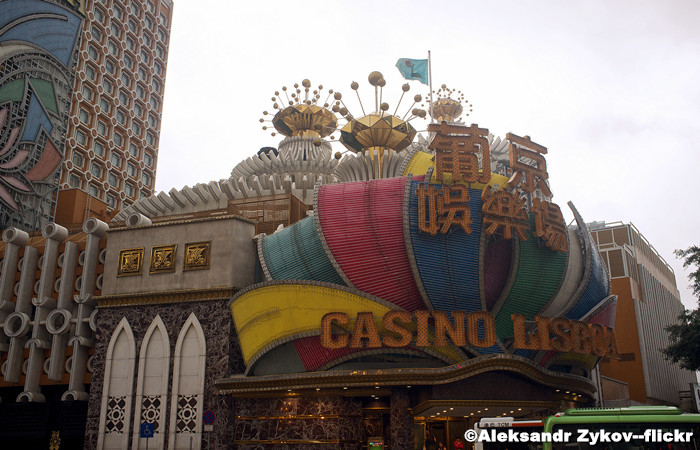 Located across the Pearl River estuary from Hong Kong, until 1999 Macau was an overseas territory of Portugal. One of the world's most densely populated spots, Macau is best known as Asia's largest destination for gambling taking in even more revenue than Las Vegas. Gambling is Macau's biggest industry and busloads arrive daily from mainland China to try their luck. In addition, many Hong Kong visitors arrive on weekends with the same aim.

For many years, the Casino Lisboa was the most famous and a landmark well known to people outside Macau, but it is being eclipsed by Sands Casino which opened in 2004. Nevertheless, the original Casino Lisboa is still worth a visit as its halls contain many original antiques on display from the private collection of gambling tycoon Stanley Ho. Although best known for gambling, Macau is extremely rich in attractions and oozing with atmosphere, thanks to hundreds of years of fusion between European and Chinese cultures.

Macau is a fascinating place to just walk around as the place is packed with churches, temples, fortresses and other old buildings bearing an interesting mix of Portuguese and Chinese characteristics. Besides buildings, there are also hundreds of narrow alleyways forming a maze in the old part of Macau where the people of Macau carry out businesses and work. If the sheer density of humans get to you, take a break and enjoy several pretty gardens or head to the island. The city streets do not seem to run in any particular pattern and you'll most likely get lost at some stage, which is part of the fun of exploring Macau. One of the interesting things to see in Macau is a statue of the Guanyin located next to the sea near the Sands Casino and MGM Grand.

Despite being a Chinese deity, the statue is distinctly European in design and resembles the statues of the Virgin Mary you can find in Europe. To some extent, rental scooters are also a wonderful way to see the sites of Macau. They are also the primary mode of transport for locals due to Macau's narrow streets and lack of car parking space. Scooters will seat one or two people and can provide the convenience to see some of the more beautiful and less crowded spots in Macau, such as Coloane Village, Cheoc Van Beach or the Portuguese fort. Macau is very small and it is easy to navigate around, while driving is much less hectic and more civilized than in other places in Asia.

You'll find most of the attractions in Macau Peninsula, but Taipa and Coloane, each with a pretty village, also draw hordes of visitors. The mixing of the Chinese and Portuguese cultures and religious traditions for more than four centuries has left Macau with an inimitable collection of holidays, festivals and events. The biggest event of the year - the Macau Grand Prix in November, when the main streets in Macau Peninsula are converted to a racetrack bearing similarities with the Mocau Grand Prix is just about time to celebrate, start your Macao trip now!