It’s November now, we can feel the approaching winter even in Shenzhen. How’s other part of China for now? If you are wondering, Mohe County is certainly a place you won’t miss. It’s among the first cities embracing winter in China. Mohe county is beautiful in early winter. 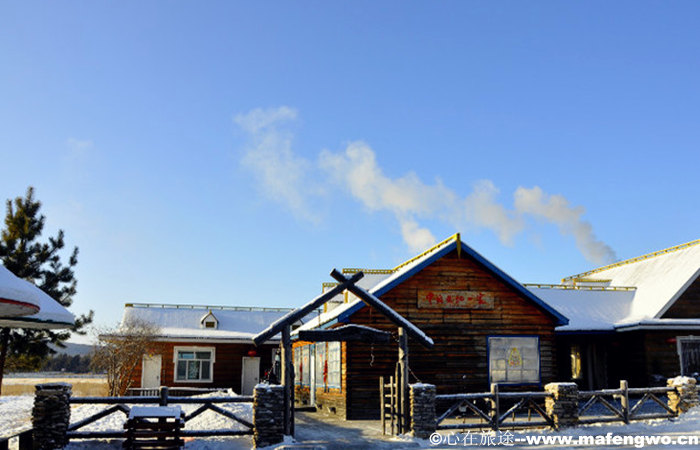 However, you’ll be disappointed if you are imagining there to be snow and ice all around in this season. Ice Statue Art Festival in Heilongjiang is amazing, but it’s still too early for the extreme cold weather. But you do can ski. After a few months of departure, there are many people can’t wait for the first ski in this winter.

Mohe, by virtue of its far northern location, is one of the few locations in China with a subarctic climate, with long, severe winters, and short, warm summers. Winter begins in early to mid-October and lasts until late April, and temperatures then are normally the coldest nationwide. Average temperatures stay below freezing for a total of nearly seven months of the year start with early November, and the frost-free period is just short of 90 days; in addition, the diurnal temperature variation is large, averaging 15.9 °C (28.6 °F) annually. The county is named after the Mohe, a Tungusic people of ancient Manchuria. A village, the northernmost Chinese settlement, at the latitude of 53°29' N known as the "Arctic Village" lies in this county, on the Amur River, which forms the border with Russia's Amur Oblast and Zabaykalsky Krai. Here, the astronomical phenomenon of aurora borealis attracts domestic and foreign tourists to this village. This is an ideal place for people who want real winter in China.

The population The soil there is fertile, primitive forests can be seen everywhere, a great deal of minerals a re held in the area, and it abounds in soybean and broomcorn. However, the county spans 150 kilometres (93 mi) from north to south and has a total area of 18,233 square kilometres (7,040 sq mi), occupying 21.6% of the prefecture's area and 3.9% of the provincial area. This creates a population density of only 4.64 persons/km2. So visitors usually spend days to exploring the forests, as well as enjoy pure life there. Well-preserved forests enable visitors drink water from natural mountain spring. In addition, the aquatic resources are very rich, including the special local products of salmon, huso sturgeon, bighead fish, sturgeon and a kind of pearl called “dongzhu”.

Cool autumn is about to disappear, and early winter start to play the role. In case you to be the last one to notice, get your Mohe Travel started as soon as possible to feel the first greetings winter send to us by taking your first skiing in 2013. Winter fun is coming! Are you ready?