Yunnan Province is China’s southernmost province, but more importantly it is the most diverse and colorful province in China. Yunnan Province tops as a most popular tourist destination for tourists because of its multi-diversity. The diversity of Yunnan not simply lies in its diversified landscapes and scenery, but rather the splendors local ethnic culture has.

When travel to Yunnan, you will have memorable experiences by getting to know colorful folklore of local ethnic groups from their unique lifestyle, traditional festivals, architectures, fantastic food, and gorgeous costumes. Famous ethnic minority groups in Yunnan include Yi, Bai, Dai, Hani, Zhuang, Naxi, and Zhuang. But today we’ll get into the mysterious Wa people and to see their laid-back life.

Historical records show that the Wa people are the descendants of the “Baipu” people who lived before Qin period (221 BC- 26 BC). They were officially named “Wa” by the government in 1963. Wa people mainly live in rugged mountainous area between the Mekong and Salween rivers. In China, Wa people are found in southwest Yunnan, like Prefectures of Lincang, Puer, Baoshan, Xishuangbanna, and Dehong. Wa people have their own unique spoken language, but they do not have written language.

Dwellings of Wa people are the traditional Ganlan-style dwellings, which are usually built on slopes or hilltops. With bamboo, straw, and wood being the main building materials, the houses are constructed to resistant to the local humid and rainy climate. These houses have two stories with the ground floor for keeping livestock or storing other belongings, and the second floor for family accommodation. 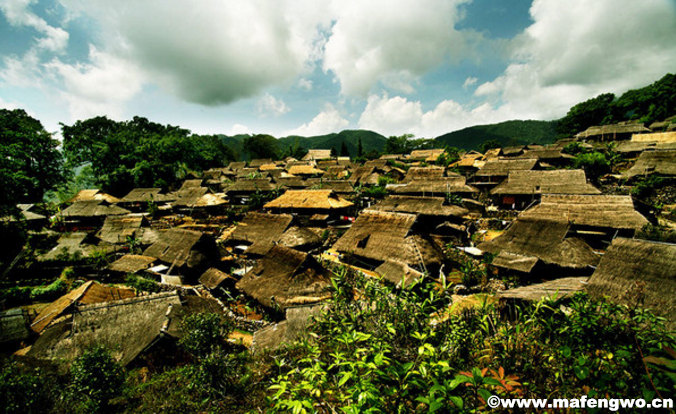 The Wa people worship nature and believe that all natural things and phenomena such as mountains and rivers have their spirits. They respect nature, and put nature in the first place. This deep-rooted religion has influenced the thoughts and life of Wa people for thousands of years when there come new religions and some Wa people become followers of Buddhism and Christianity.

Costumes of the Wa people are usually made of homespun. Their clothes take black and red as the colors and usually are made black with red decorations. Men and women have different fashion in clothes. Men in Wa ethnic minority usually wear short black collarless jackets and loose trousers. With their hair short, men always like to wrap their head with black or red turbans in the shape of horns. Young men are fashionable and they like to wear accessories for decoration. For most of them, they like to wear bracelets and necklaces that are made of bamboo or silver. Also a homespun bag on the arm and a sword on the waist are basic equipment for men when they going out.

Women have much more beautiful clothes as they have complex patterns and decorations. Women’s clothes are usually short black collarless jackets and straight black skirts or straight black skirts with stripes. Women would keep their hair long and they usually coil their hair on the back with silver clasps. Big hooped earrings, silver necklaces with colorful strings of beads, and bamboo or rattan bracelets are the most popular ornaments for women. 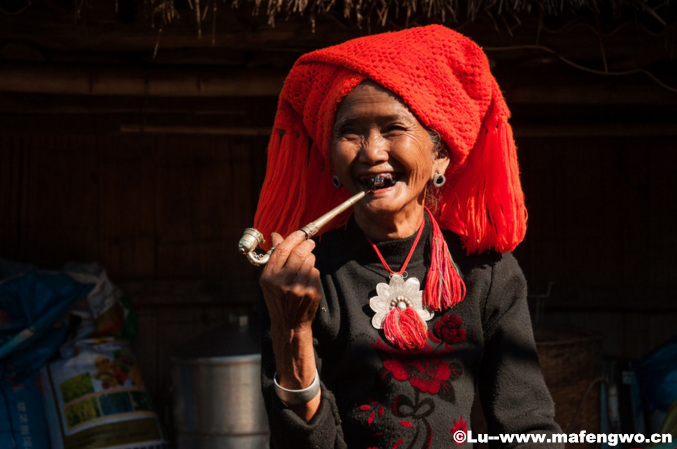 The wooden Drum that is made of a whole piece of tree trunk by local people is regarded as a divine tool by Wa people. Wooden drum is not only a symbol of the Wa people, it is also holy tool to reach their gods. It is an ancient musical tool for entertainment for local people, but most of the time wooden drum is beaten in festivals, great occasions and activities to offer sacrifices. 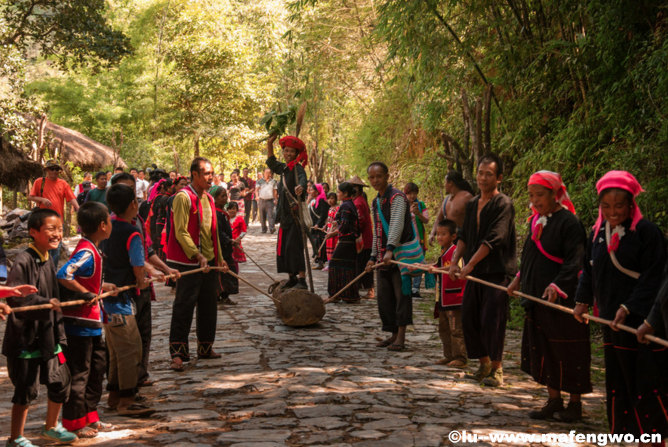 Wending, reading “am diem” or “om diem” in Wa language, means a village standing along a river, or a place shrouded by mist. Wending Village is located at west of Lincang Prefecture and it has a history of 400 years. Wending is the village that has best preserved Wa’s traditional culture, and it is a great place to explore the real life and culture of Wa people from the traditional houses, customs, folk arts, lifestyle, and believes.

The Wa people in Wending Village lead a laid-back lifestyle. Though the world outside has been modernized and commercialized, they still keep their own traditional culture and customs. They build their own houses with wood and bamboo by themselves. They plant their own food and weave their clothes. They believe in what they believe,and sing and dance what they like. They still live in their mysterious and ancient ages. But this is why they are attractive to the outside world.

Note: Images in this blog are copyrighted to Chinese National Geography.