There goes a local saying that “The Mountain is Buddha, and the Buddha is a mountain”. Giant Buddha of Leshan, built in the Tang Dynasty, is sitting on the western side of Lingyun Mountain, overlooking Minjiang, Qingjing and Dadu rivers. Actually the sculpture is carved on a cliff and the three rivers flow through its feet, which is recognized as the highest pre-modern statue worldwide up till now. Giant Buddha of Leshan is about 71 meters high, thus a nine-turn path is built for the visitors to observe the statue closely. If you feel tired, having a short rest in the pavilion and appreciating the face of Giant Buddha of Leshan has always been a perfect choice. Walking on the path may seems a little bit dangerous, but full of interests that most visitors simply won’t want to miss. 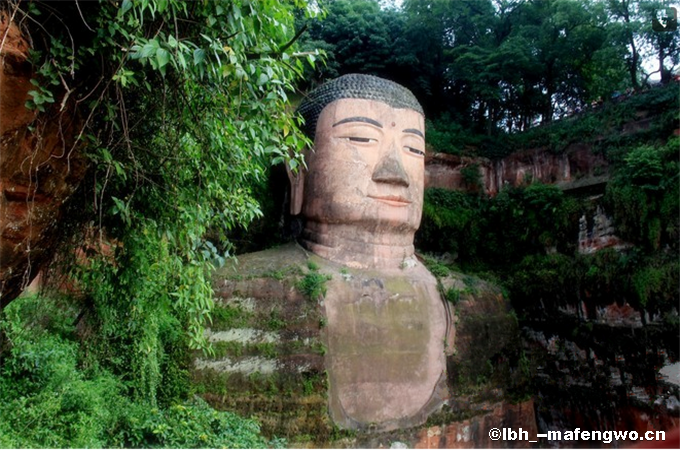 Seeing such a splendid Buddha, some people could hardly image how big it is and we are going to figure it out here. Sitting there, the Buddha statue looks amiable and holy with his hands putting on the feet and each of its foot is huge enough to hold over 100 adults. Besides this giant Buddha statue, there are still two carved stone warriors in battle robe and countless other carved Buddha near by. The Giant Buddha of Leshan, in some extent, is a gorgeous museum of Buddhist carving. Furthermore, sightseeing from a boat on the river is another exciting experience, because you can feast your eyes on the beauty of Buddha from a faraway place, more completed and splendid. 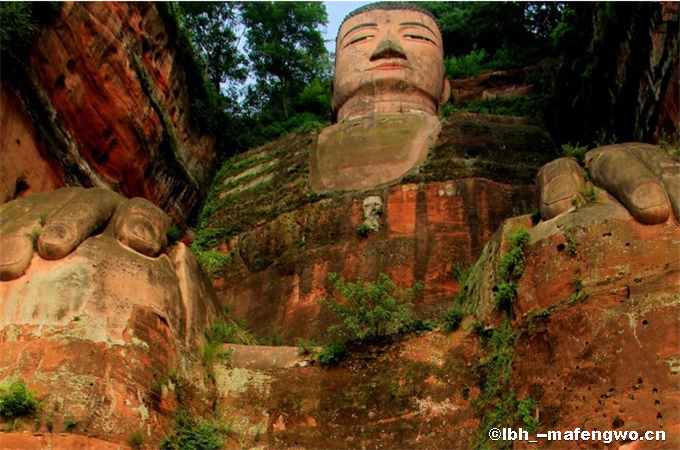 Standing majestically there for thousands of years, the Giant Buddha of Leshan exposed to strong rain and wind and witnessed the ups and downs of the ancient Sichuan city, leaving great mysteries to modern people. How can the statue be preserved well for so many years? We should typically thank to the smart ancient drainage facility, barrel-drains hided on the statue’s body and face. When the rainy season comes, the redundant water can be drained by those crafty barrel-drains and protect the statue from being drowned. It is said that the Giant Buddha of Leshan was once painted with color, but the color fades with time. Fortunately, the Giant Buddha of Leshan was not destroyed in the terrible earthquake in 2008 and visitors can still appreciate its original beauty.

Hope you enjoy your time in Leshan Giant Buddha!