In many parts of Asia, golf is the defacto game of businessmen. Deals are made, and networks are formed over hours on the greens. The game was introduced a century ago, and Hong Kong is one of the first cities in Asia where golf courses sprung due to the large expatriate population.

If you’re a golfer and are heading to Hong Kong and Shenzhen, you’re in luck, as these cities have amazing golf courses that also double up as incredibly scenic spaces. It’s best to ring them up to check in advance if it’s open guests and to make bookings if necessary. In land-constraint Hong Kong, golf courses are incredibly expansive and expensive, so expect to be putting with businessmen and the ‘high society.’ 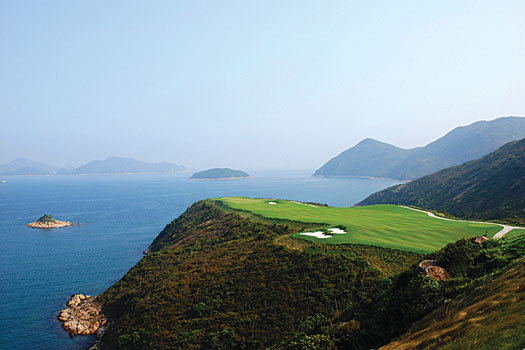 There are three 18-hole golf courses in this club. Away from the mainland just off the coast from Sai Kung, golfing here feels more like an escape to nature as you can only access it by a dedicated ferry.  Non-Hong Kong residents can only play during the weekdays (excluding public holidays), unless you’re invited by as a guest by a resident. This beautiful gem of a golf course doesn’t have a membership system and is truly a place for the public. With incredible views of the South China Sea, you might be spending a great amount of golfing time taking photos.

The green fee for non-residents cost upwards of HKD 555. There is also golf instruction available if you need to brush up on rusty skills. 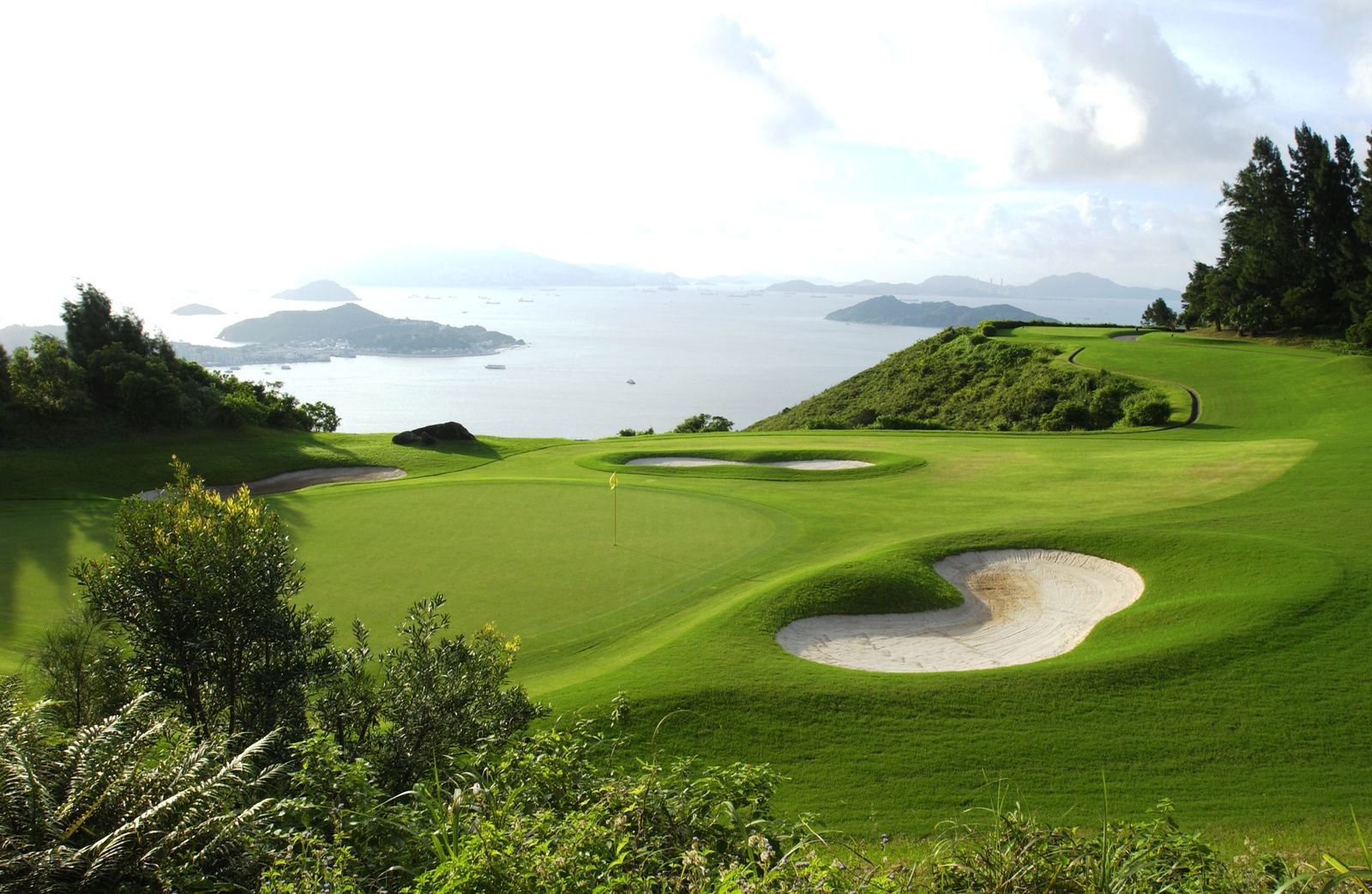 Discovery Bay Golf Club is another club with stunning views of the South China Sea and is one of Asia’s best.  Featuring three golf courses and perched on the mountains above Lantau, playing here is probably a therapeutic escape from the hustle and bustle of the city. You don’t have to travel far to get to this one, as it’s close enough to Central. Non-members will need to make a booking at least a day in advance. The green fee isn’t cheap, as you can expect. Visitors have to pay HKD 2,450 on weekdays and HKD 4,500 on weekends. Stay till sunset to have a drink at the club and watch the sun go down behind Sunset Peak. 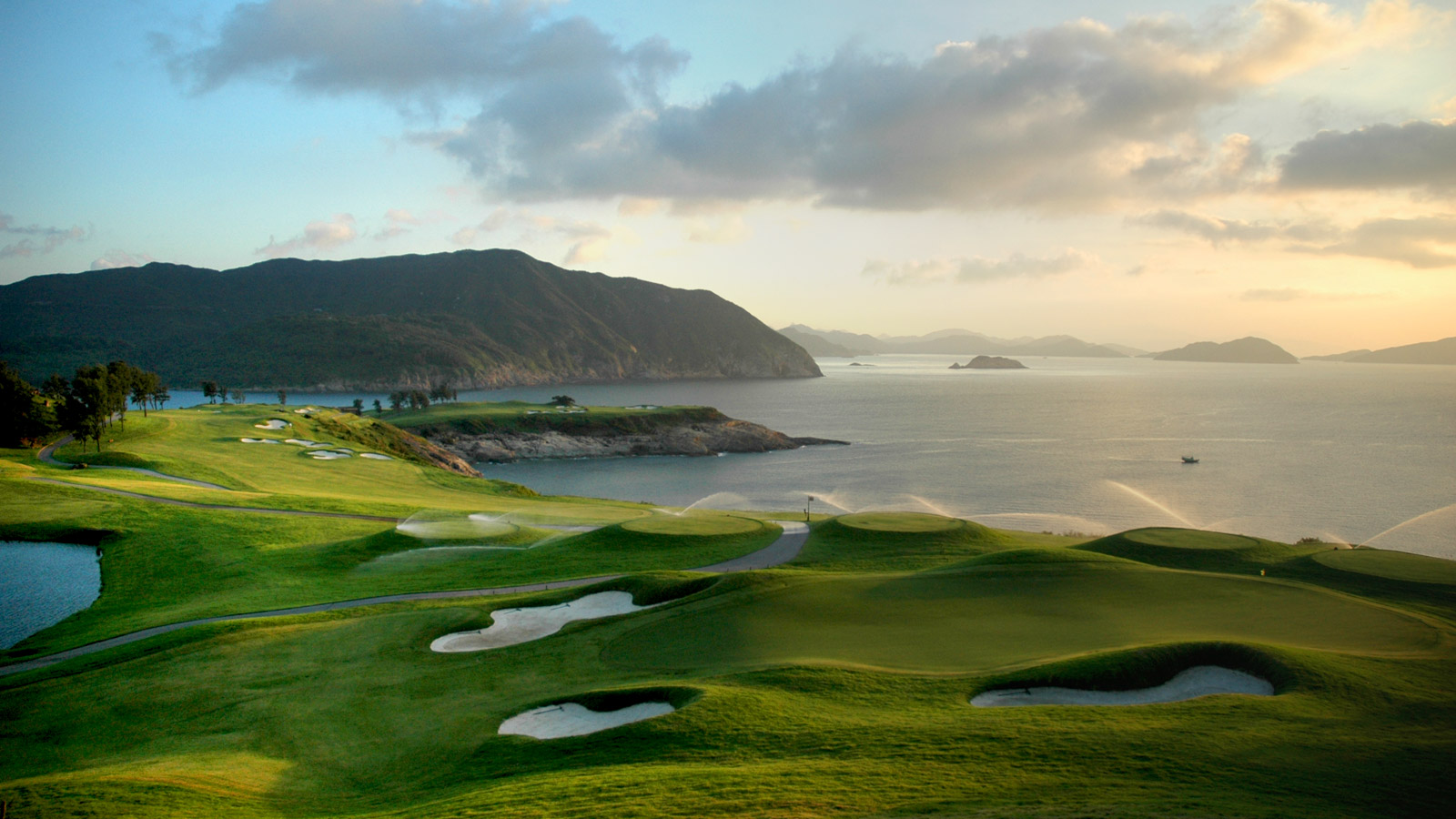 Haven’t got enough of golfing with spectacular sea views at your feet? Head to the Clearwater Bay Golf Club in the New Territories. Visitors can play here on weekday mornings, which is quite restrictive but there’s nothing like waking up in the morning for a game of golf. As Clearwater Bay is part of a country club, you can also enjoy an entire day at the spa, pool, and restaurants. The golf course has 18 holes and isn’t humongous, though it’s still challenging, especially when the sea winds start coming in. Green fees cost between HKD 2000 to HKD 2200. 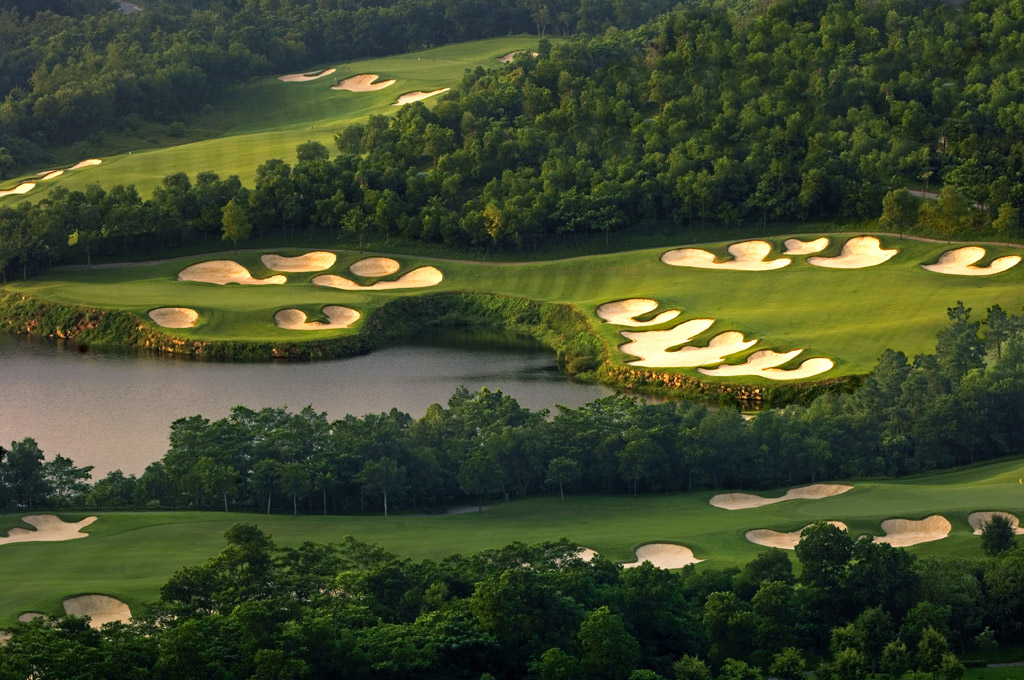 If you’re heading to Shenzhen and are an avid golfer, you can’t miss the chance to play in Mission Hills, one of China’s best golf resort and probably the world’s largest golf club, according to the Guinness World Records. This massive club has a 20 square kilometer golf complex that features 12 18-hole courses. It has hosted international tournaments, including the World Cup of Golf. If you fancy playing on the same green that Tiger Woods has graced, then you have to play a game on the World Cup course. And if you think Mission Hills deserves a few days and nights, you’re probably right. Get one of their golf and hotel stay packages and indulge in days and nights of spa, golf, and food.

Hong Kong is also host to regional and international golfing tournaments. The UBS Hong Kong Open is held annually and is one of Asia’s premier golf tournaments. If you’d like to browse some of the golfing equipment and apparel available in Hong Kong and update your gear, here are some shops that you can check out.