Guozhuang Garden is located on the Wolong Bridge in Xishan Road, Hangzhou City, Zhejiang Province of People’s Republic of China. The garden is also known as Guo’s Villa, which was a private garden of Guo family, rich in traditional Chinese architectural works, is today being protected by the Cultural Relics Protection of unit in Zhejiang Province Council. The garden is one of the ancient classical location and one of the main tourist attractions in Hangzhou city. This garden was first built during 1851 and that time it was known as Duanyou Villa. It was built by Song Ruipu, a rich business man in Hangzhou and was known as Zongzhuang or Song’s Villa. 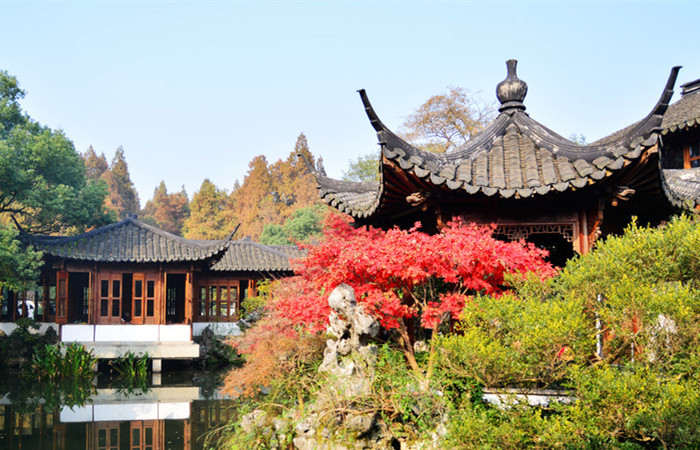 Purchased by Guo family:
After China became republic, the garden villa was sold to Kongfeng Chun Face Powder Makeup Store, which was located at Hefang Street and was sold to Guo Shilin from the Guo family of Fen yang. There after it was called as Fen Yang Villa. The present form of stone archway and its extension were built after the ownership transfer to Guo family. The main gate of the garden still carries the engraved scripts of Fen Yang Bie Shu. 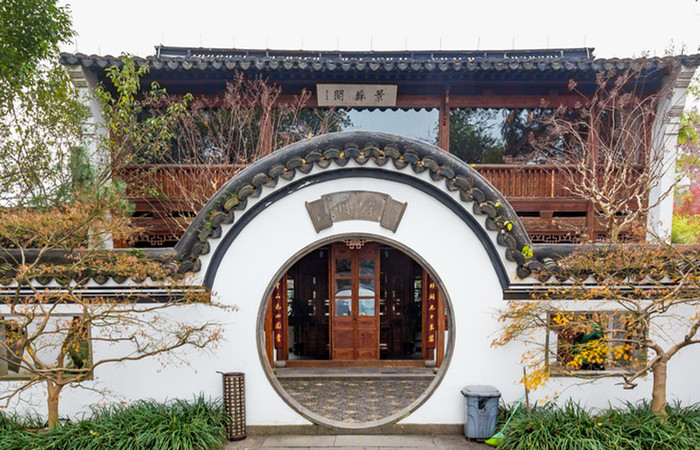 Coronal of the West Lake:
The garden is considered as the Coronal of the West Lake Classical Garden and is considered as the number one garden of the West Lake. The garden perimeter is consisting of Guo’s traditional villa, on the rear side the beautiful mountain, a well planned garden and facing the front side is the magnificent West Lake sceneries. The sceneries are truly beyond natural images and mesmerizing in every aspect. The landscapes are more beautiful than an artist can create with his paint and canvass. The garden is spread over 10,000 square meters. 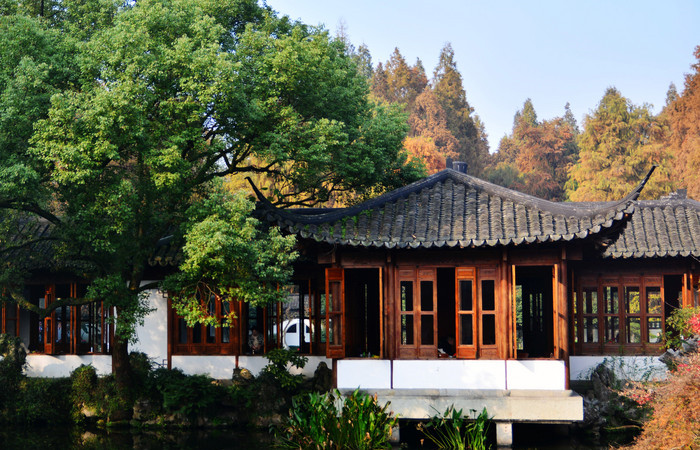 The villa over looks to the Su Causeway and tourists can have the mist covered view of the Causeway from the eaves of the villa. Also, tourist can have the spectacular view of Baoshu Hill from the villa. The garden located outside the villas is divided in to two sections, the living in quietness and the sky in the Mirror Garden. Living in quietness was the location where the owner of the villa was lived. The Sky in the Mirror Garden is a splendid location with little bridges, artificial rock formations, lush flower and neatly planted trees and ponds. The pond is encircled by roofed corridors.


Opened for public:
The private garden was opened to the public in 1991. Tourist operators are consciously considered to put Guo Zhuang in their itinerary considering the potential tourist attractiveness of the location. Tourists can also have the special tea being served from the lake side kiosks.

Reaching to the location:
It is easy to move the Guo Zhuang Garden from Hangzhou city. There are enough bus services operating to the garden on a regular basis. Tourist can also engage tourist coaches or engage taxi services. Entry to the garden is against payment of CNY 10 per head. The garden will be opened from 8:00 am to 5:00 pm. One of the most attractive locations in West Lake! Never miss to visit!!