There are foodies who’d find no lack of recommendations on what they should be chowing down on in Hong Kong. But then there are those who don’t just love their main meals and desserts. We know that there are snackophiles whose travel agenda includes a trip to the supermarket to load up on local snacks.If you identify as one or know of a friend back home who’s more than happy to get a snack as a souvenir, then you need to get your hands on these. 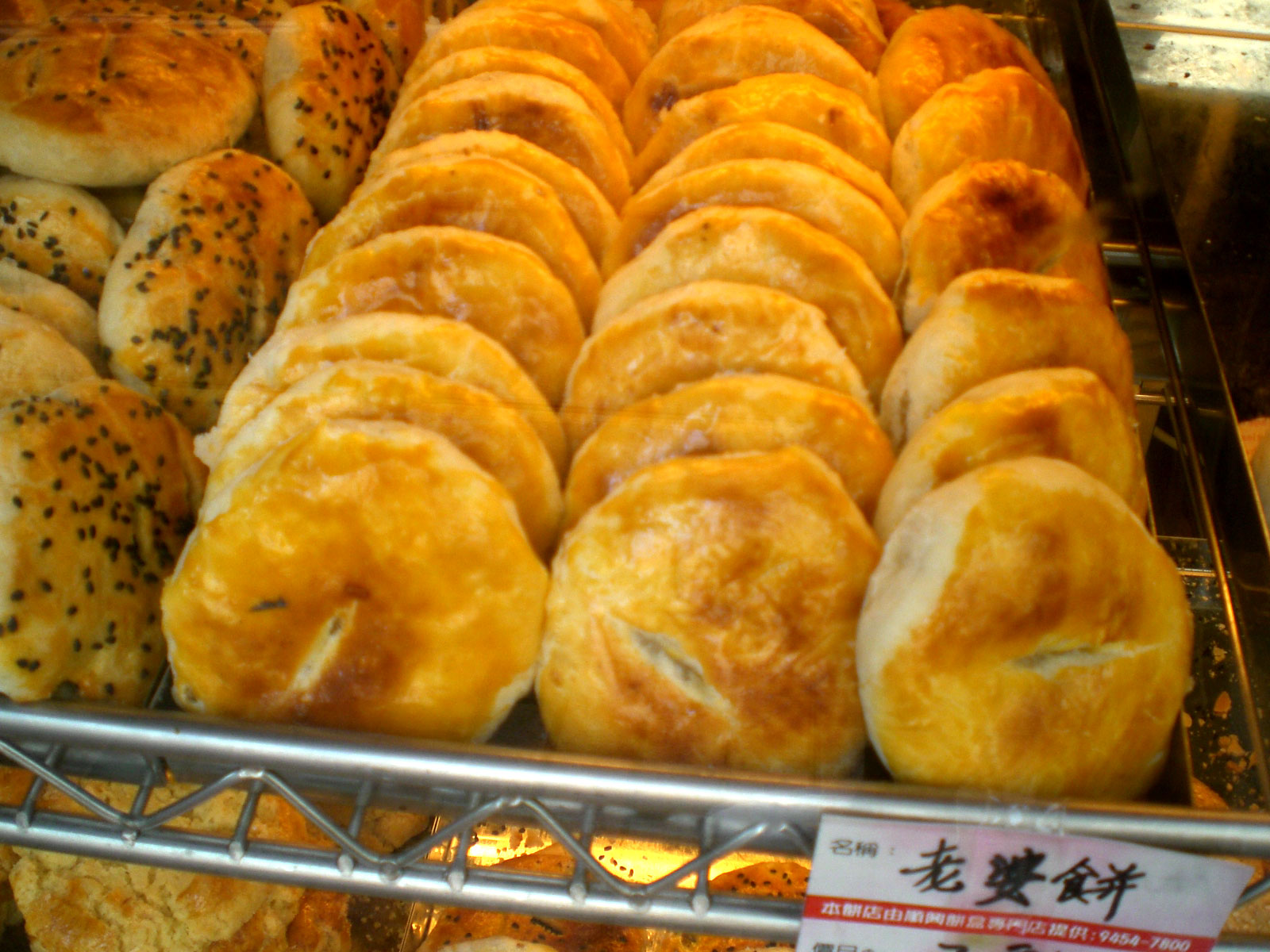 Yes, wives are generally awesome and deserve a cake to be named after them. Wife cakes are traditional pastries made of sweetened winter melon and can be very addictive. The story behind the name is that even more interesting. It was believed that a woman had sold herself to the landlord in order to help pay her father-in-law’s medical bills. The husband, in an effort to make enough money to redeem his wife, started selling the cakes, which became a hit.

Wife cakes go really well with tea, and you can get them easily in the main shopping areas of Hong Kong. Two very famous brands that you can trust are Wing Wah and Hang Heung. You can find Wing Wah wife cakes even in the airport, so there’s no need to panic if you haven’t got the time to shop for them. 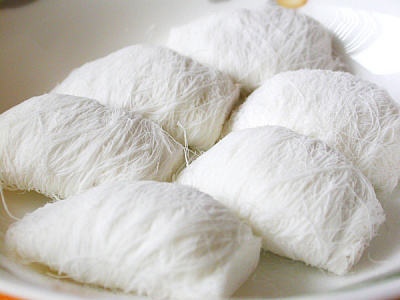 The dragon beard candy is cotton candy with an ancient history. It is made of maltose syrup and sugar with coconut and peanuts and glutinous rice flour. If you’re lucky, you may find the lost art of dragon beard candy-making on the streets. The stretching of the “cotton” is a theatrical art in itself and has been revived in some Chinese communities in the West. Lookout for the premium and prettily packaged Bamboo Garden brand that’s located in hotels like Shangri-La and Conrad, or head to Super Bowl King Traditional Sweets and Desserts that’s close to Sheung Wan MTR Station Exit B. 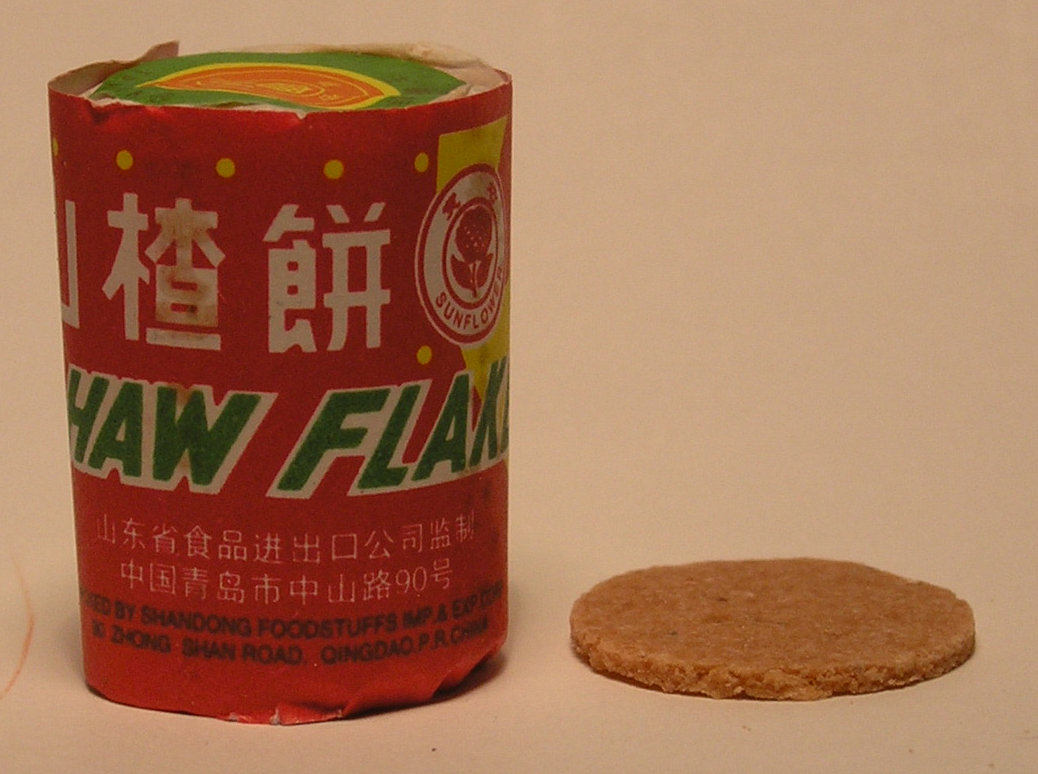 This is some nostalgic candy that will bring back memories of childhood and simpler times to many. The packaging has remained pretty much the same. Haw flakes are sweets made from the fruits of the Chinese hawthorn. What’s really fun about eating them is that they are cut into wafer-thin discs that seem to just disappear into your mouth with a tarty and sweet flavor that will have you going for more. One cool fact about the haw flakes is that they were given to children to deworm their digestive tracts, so they aren’t just good-for-nothing snacks, for sure. You can get haw flakes easily from supermarkets. 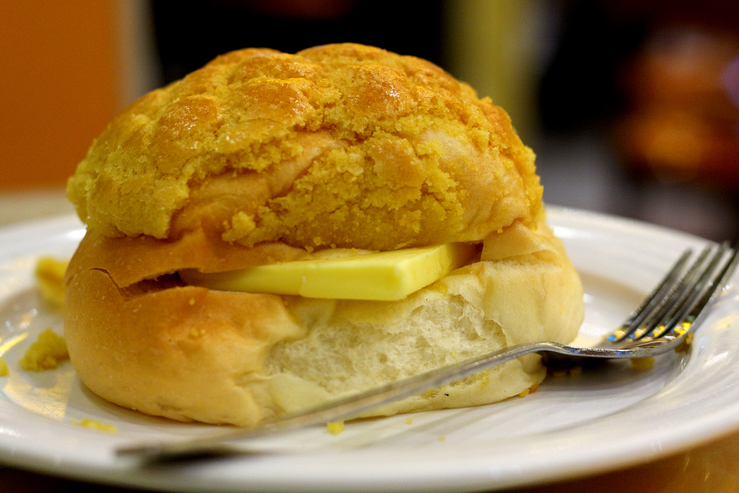 There are no pineapples in a pineapple bun. That’s one part of the mystery. The other part of the mystery is figuring out why something so simple can taste so good. This sweet bun is baked to perfection in the best Chaar Chan Tengs (Hong Kong Cafes) and is best served warm, with a good slab of butter in between. Have it with either coffee or tea and your afternoon is set to be perfect.

You’ll find it in Hong Kong and some other parts of East and Southeast Asia. The regular Westerner may find the shrimpy crunchy salty flavor a little too much for their taste buds. But people who love seafood and shrimp will testify that there is nothing more appropriate than having a snack that tastes unapologetically shrimpy. Try the Calbee brand of shrimp crackers available in supermarkets and convenience stores.

This makes for a great snack souvenir for the one who loves crisps, loves spicy food, and constantly claims to be undeniably talented in eating spicy food. The ‘Numb and Spicy Hot Pot’ is none other than Ma La hotpot, which is a Sichuanese and is indeed made of mouth-numbing peppercorns. So of course, if you’re a fan of the hot and spicy hot pot you just have to try this. You may not find it to be quite as intense, but honestly, where else would you expect to find potato chips with this flavor?