You say “Hong Kong” you think “money.” The city is capitalism made concrete. What the British disparagingly dubbed a barren rock after its acquisition a century and a half ago is now anything but bare – in fact, if the world’s highest property prices tell us anything it’s that there’s no longer enough space. 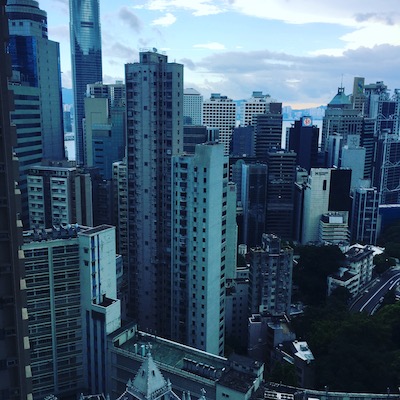 While the colonial Europeans got the place up-and-running, they effectively became caretakers while the local zeal for business drove the place forward. While the Mainland struggled through political turmoil, Hong Kong offered a unique enclave for those with an aspiration to turn their talents into hard cash. Many started from the bottom, in blue-collar positions. But it is there initiative and achievements that remain an inspiration to many expressing that the Fragrant Harbour has more than a whiff of success about it

While some do complain that a handful of old men control the SAR – not the politicians – you ignore them at your peril, for their imprint is everywhere, from the restaurants you eat to the buses you take to the letters you send. With this in mind here are four entrepreneurs that have made Hong Kong the place it is today. 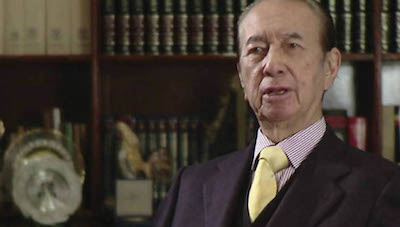 We have to begin with Mr. Ho, the 95-year old whose Macau casino business empire is worth an estimated US$3 billion. His past is less than prestigious. Ho started out as a clerical worker for a Japanese-owned import-export firm in Macau. During the Second World War, he made money by smuggling goods from Macau across the Chinese border. But like all chancers, his day would come. In the 1960s Ho and company won grants to develop tourism in Macau. This evolved into a forty-year monopoly of the Macau casino business earning him “the king of gambling” moniker. Today the aging Ho operates the business from Portugal to North Korea. His empire is largely in the hands of family members since suffering a stroke in 2009. However he remains influential in Hong Kong and elsewhere, his views on business often picked up on by the media. 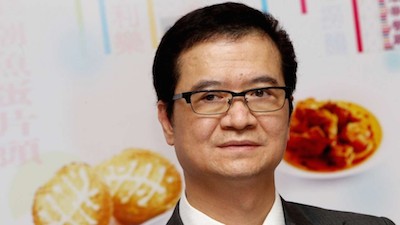 A visit to Hong Kong would not be complete without a cup of Hong Kong-style milk tea and a pineapple bun. The Hong Kong-style cha chaan teng or Tea Canteen is a unique fusion of Cantonese cooking and British fast food. This kind of eatery is found all over the territory as well as on the Mainland. But what you might not be aware of when you tuck into your braised duck is that your money might be heading to Lee Yuen-hong, owner of Tsui Wah Holdings Ltd, which operates the restaurant chain, Tsui Wah. The chain has more than 32 restaurants in Hong Kong and launched its first mainland branch in Shanghai in 2009. Remarkably Lee, who is now 62, began his career as a food delivery boy in 1966. He later became a chef before taking over as head of Tsui Wah in 1989.

The Chaoshan region in Eastern Guangdong has a reputation for producing business greats, and with Li Ka-Shing as the local flag bearer, they’ve good reason to. From his humble beginnings as a teacher’s son, then refugee to Hong Kong, and later as a salesman, Li’s diverse business interests encompass almost every aspect of Hong Kong life today, including banking, construction, real estate, plastics, cellular phones, satellite television, cement production, retail outlets hotels, domestic transportation airports, electric power, steel production, ports, and shipping. Li Ka-Shing is also a pioneering philanthropist having established the Li Ka-Shing Foundation that aims to improve social progress through education and has advocated his contemporaries do the same in breaking tradition with those who just pass fortunes on through lineage.

At the age of 22 the Shanghai born entrepreneur, Wang Wei, who’d been working as a delivery boy started a business at a shop in Mong Kok, with a US$20,000 loan from his father. Today Wang Wei ranks as the fourth richest man in China by Forbes with a net worth of 26.2 billion USD. His fortune was made with SF Express, a courier company known as the ‘Fed Ex of China’. The company now employs about 117,000 people, 80,000 of them couriers. Plans are even underway for the company to build its own airport on the Mainland.