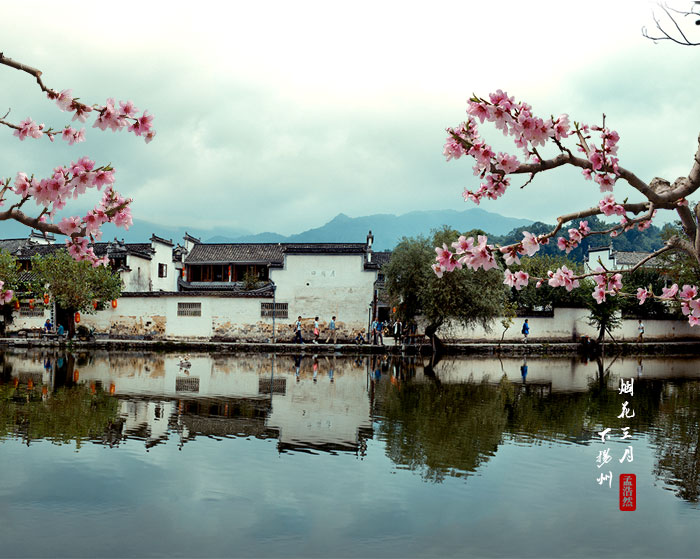 Jiangnan is a region that has been beautified by the literature of many generations of poets. The region which was famous for its wealthy and prosperous land as well as extremely intelligent and artistic people, have been admired for thousands of years. The crisp green hills and serene lakes the lakes with sparkling water are always considered the typical Jiangnan scenery along with the magical gardens. The traditional folk houses with black tiles and white walls located along the river side and a Chinese bridge is like the dreamy scenery of painted artwork.

Over the course of Chinese history the term Jiangnan has been changed and altered with the change of dynasties. The original definition of Jiangnan referred to a regional area which was situated to the south of the Yangtze River. Throughout history cities that were classified part of the Jiangnan Region were changed accordingly. Today, the main cities that are associated with Jiangnan are:

The north of China was always considered as the political center of the country, but due to invasions to the north and lack of agriculture productivity many civilians relocated to the southern regions of the country. Jiangnan quickly prospered with many cities producing valuable trade items. Profitable items such as Jade, Silk, tea and porcelain were all famous goods of Jiangnan. Also with the help of the Grand Canal these goods could be transported to other cities and out of the country.

When speaking of Jiangnan most Chinese people always associate the term with the Four Scholars of Jiangnan (江南四大才子). The four famous scholars were:

All four scholars were of the Ming Dynasty and their literature and artwork are considered the classics of Jiangnan culture. The artwork represents the different schools of Chinese art that utilize unique techniques and colors to create the desired effects.