Summer Palace landscape, dominated mainly by Longevity Hill and Kunming Lake, covers an area of 2.9 square kilometers, three quarters of which is under water. Its 70,000 square meters of building space features a variety of palaces, gardens and other ancient-style architectural structures. Well known for its large and priceless collection of cultural relics, it was among the first group of historical and cultural heritage sites in China to be placed under special state protection. 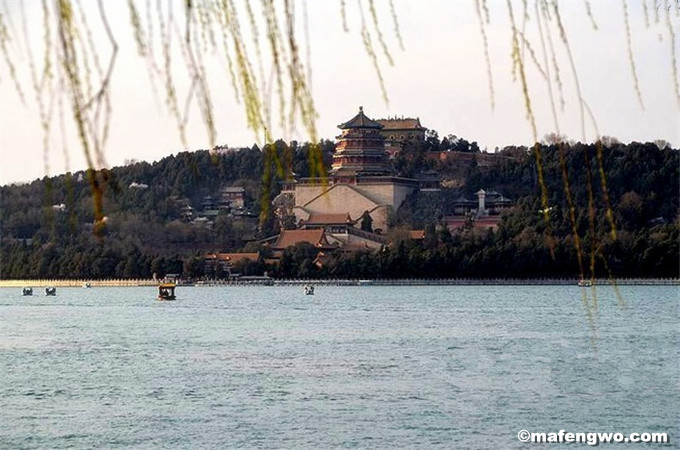 Kunming lake was originally called Wengshan Lake. In 1749, Emperor Qianlong ordered the construction of Qingyi Garden, the predecessor of the Summer Palace. Involving nearly 10,000 laborers, the lake was expanded and turned into a peach-shaped reservoir, the first of its kind for Beijing. 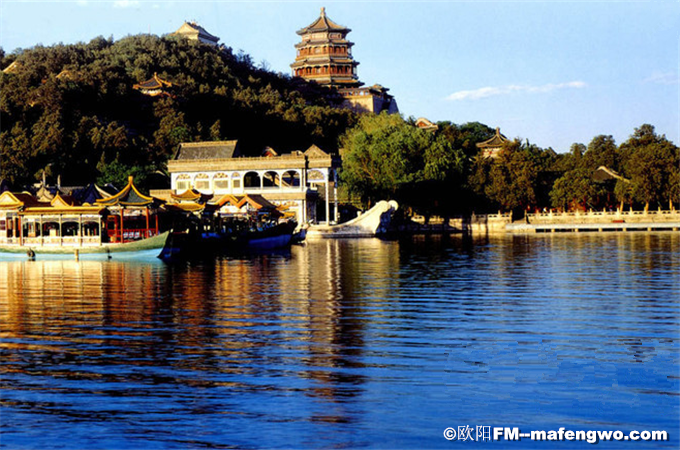 This peculiar method of incorporating a lake and three mountains within a single garden was a brainchild of Emperor Wudi of the Han Dynasty more than 2,000 years ago, bearing testimony to feudal monarchs' longing for longevity. As the legend goes many heavenly elixirs grew on the three mythical islands. Using artificial building techniques, the ancient Chinese built this masterpiece based on the myth to make the mythical one appear to be accessible to humans.