Ancient Chinese religious culture is deeply indebted to Buddhism. From mountains to valleys, you can see lots of different Buddhist temples, pagodas and their religious teachings and preaching centers. The fact that temples spread across the country shows the immense influence of Buddhism on Chinese culture. Almost all of rulers in ancient ages contributed their power to support the religion by building temples, steles, erecting huge statues of Buddha and engraving Buddha thoughts in those temples and walls. Lingyin Temple is one of the most famous temples that enjoy a high reputation in China. The temple is located in the northwest of West Lake in Hangzhou Zhejiang province. It was built during Eastern Jin Dynasty in 328AD and has a long history of more than 1,600 years. 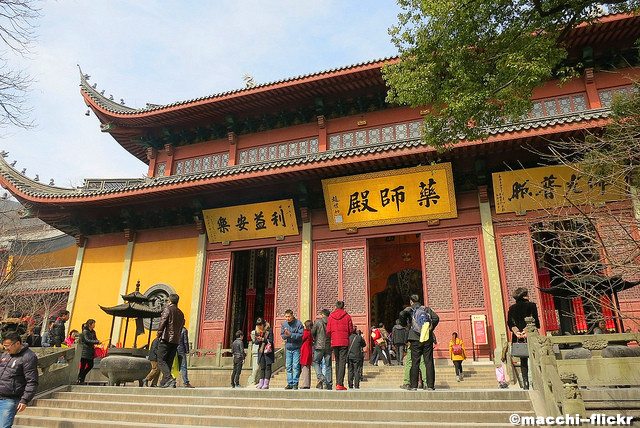 The temple lies between the Fei Lai Peak and the West Lake. This is a fantastic temple which outsmarts all other Buddhist temples in architectural field. As a result, this temple is considered as one of the ten most famous temples in China. Today, this temple is scheduled as a historically protected complex area and a research for Chinese Buddhist culture.

Dating back to the history of the temple, during Eastern Jin Dynasty, an Indian monk got inspired from the spontaneous natural serenity of the location and inspired the rulers to construct the temple. It was named as Temple of the Soul's Retreat. Therefore, the temple gradually became a holy land and start spreading its influence in the local community. In its glorious past days, it had eighteen pavilions, nine buildings, seventy seven palaces and halls. There were 1300 rooms for accommodation purpose only. Wars and change of rulers, invasion had left its scar on this beautiful complex. In 1974 a major restoration and face lifting work had carried out on the main building of the temple. 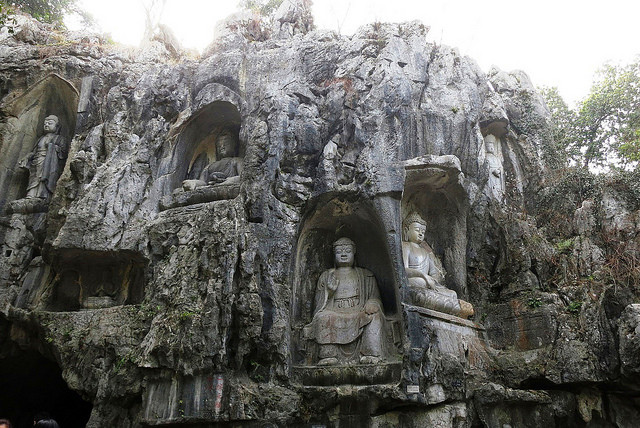 The ceiling of the halls is painted with dragons and phoenixes. On either side of the Maitreya, ‘Four Heavenly Kings’ are painted. Another interesting thing you can see is the laughing Buddha with a large belly and an inscription of 'endure all intolerances and laugh at every laughable person in the world.' The Great Hall of Hero is located beyond the courtyard in Da Xiong Bao Dian. Due to its huge structure, double eave roof with a pinnacle of 33.6 meters, this is considered as the largest single storey construction with historical importance in China. In the hall, a 24.8-meter height Sakyamuni statue is placed which is carved out of camphor wood. This is the largest gold covered wooden statue in China. Twenty disciple saints are flanked on the side of the statue. Along the hall wall you can see an additional 12 statues who are the guards to protect Sakyamuni. All these statues are lifelike.

45 Yuan per person for Peak Flown From Afar

Transportation: Bus services and tourist bus services are operate from the city to the temple.