Today we will typically focus on the must-see historic sites in Macau and get a better experience of the trip to Ruins of St. Paul’s and Monte Fort.


The Ruins of St. Paul’s 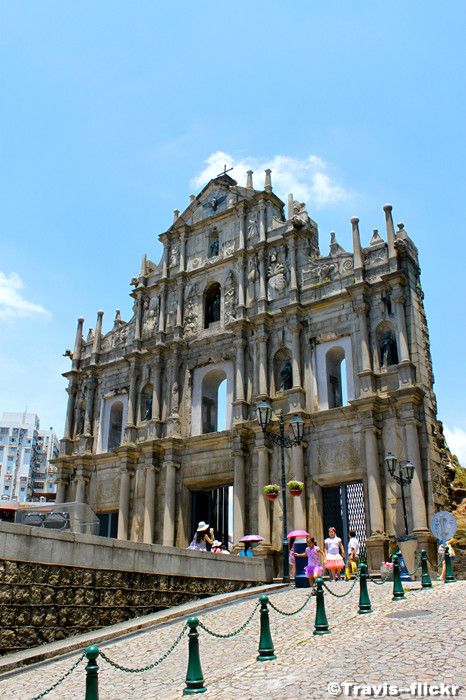 The Ruins of St. Paul’s, a church constructed in about 17th century, is widely recognized as the landmark of Macau and a historical tourism site. Also known as Sam Ba Sing Tzik, it is not fat from the well-known Mount Fortress and Macau Museum. Designed by an Italian Jesuit, Ruins of St. Paul’s was firstly built in 1580 and then underwent 3 terrible fires and several reconstructions, leaving its glory a history finally. It is made of white stones and full of exotic feelings. According to the record, Ruins of St. Paul’s was mainly consisted of 3 gorgeous halls, ranking as the largest Catholic Church in East Asia in the past. The latest reconstruction of Ruins of St. Paul’s was in 1995. Nowadays religious artwork exhibitions are usually held in the Museum of Sacred Art and Crypt, which add an extra religion mysterious to this historic site.

I guess most travelers have taken pictures with the Ruins of St. Paul’s, but seldom of them understand the remaining part of it. Here we are going to illustrate it. The remaining part of Ruins of St. Paul’s is filled with not only classic baroque elements, but also special oriental characteristics. Three of the tiers are most decorated with Madonna stands in the middle of the third tier and Jesus on the forth. Apart from these statues, there stand stone lions, which represent traditional Chinese Culture. Thus the Ruins of St. Paul’s a combined treasure features both Western and Eastern architecture act. 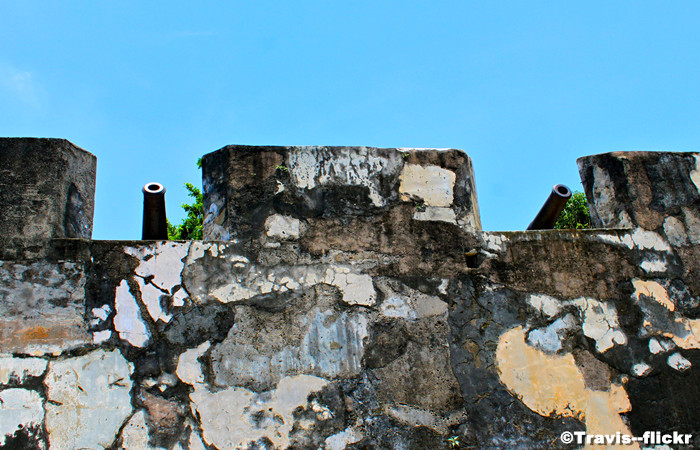 After visiting the Ruins of St. Paul’s, we are heading for the Monte Fort nearby. Monte Fort is a time-honored fort in Macau, which is built in the east part of the church. Constructed in about 1616, the fort was used to protect the Ruins of St. Paul’s, because the pirates were really horrible. The fort can be divided into 3 main parts, the Barrack, the cisterns and the storehouse. If you walk around the fort, you can easily find the cannons on the four sides, which make the Monte Fort stronger. As time goes by, it was destroyed in a fire and remained as ancient attraction for modern visitors. Additionally, the Monte Fort prevails for sightseeing as the landslides are really attractive. Standing on the platform, visitors can appreciate the charming views of Macau and feel reluctant to leave.