As one of the most popular tourist destinations in China, Macau attract tourists not only for its many glorious historical and cultural sites, and also the fantastic food. With its large variety and amazing taste, Macau food makes it a great temptation for tourists when on a Macau tour.

As Macau was the colony of Portugal, Macau makes its food a blend of native Chinese flavor and Portuguese style. Also recipes and seasonings of Macanese food come from Europe, Latin America, Africa, India, Southeast Asia, and local China. With its vast variety in cuisine types and the many restaurants, tourists have a wide range of choices about what to eat and where to dine.

Here is a list of the must-try Macau food and recommended restaurants. 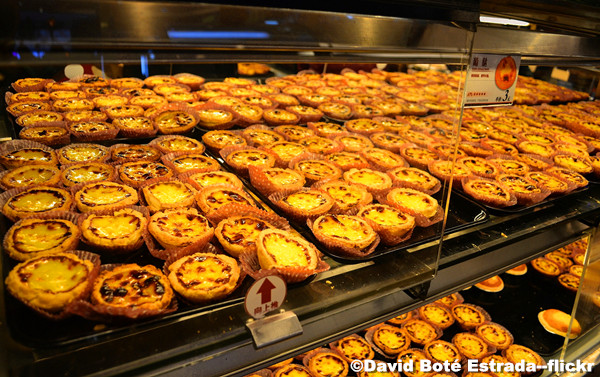 As the most famous food in Macau, the Portuguese egg tart should never be missed out. It is a signature food in Macau. With flaky egg shell outside, soft and sweet egg custard filling inside, the Portuguese egg tart amazes people with its crispness and softness. People can buy egg tarts almost everywhere in Macau from restaurants to vendors, among which the most two famous shops are Lord Stow’s Bakery and Margaret Cafe E Nata. 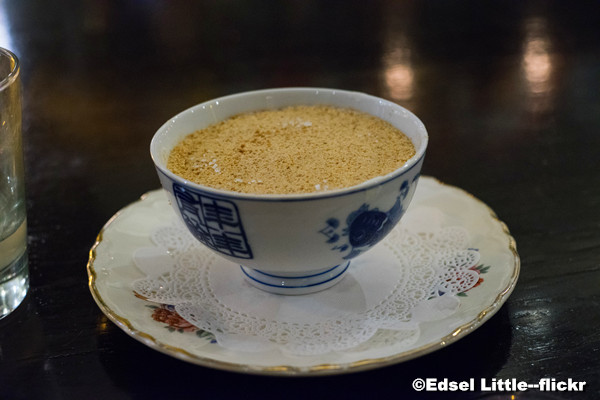 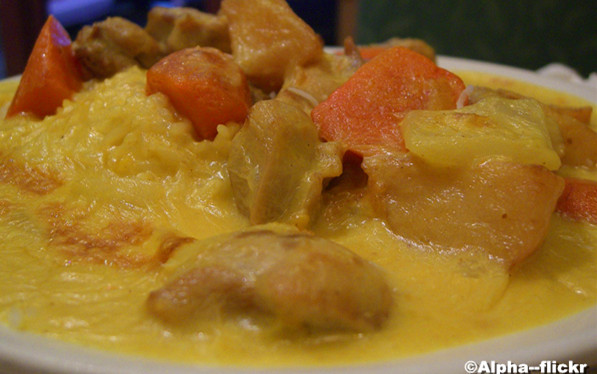 The Macanese Style Portuguese Chicken is a very delicious and signature dish in Macau. This dish was derived from Africa and India and it is made with a whole chicken, potatoes, onion, and egg to seasoning with curry and coconut milk. This dish is mildly spicy and also slightly sweet. Portuguese chicken is best to be eaten with pork chop or mix with rice.

Though very tasty, Macanese Style Portuguese Chicken is an ordinary dish offered in many restaurants. 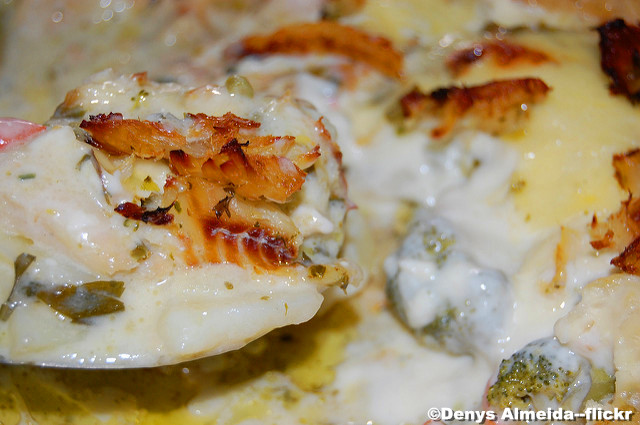 Bacalau derives from Portugal and is a main ingredient of many Macanese Portuguese dishes. It is made with codfish to be pickled with salt. Almost all Portugal restaurants in Macau offers Bacalhau dishes, some of the famous ones are Gratin Bacalhau, Fried Bacalhau Balls, and Bacalhau Fried Rice. 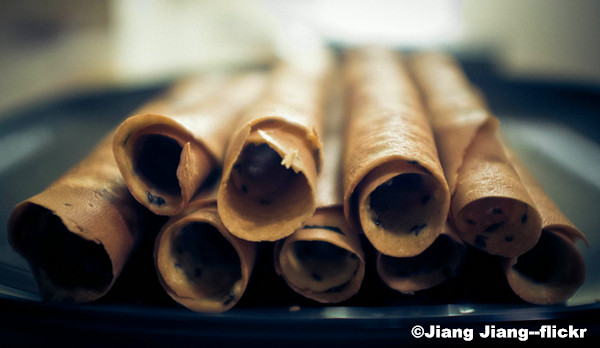 Egg Crisp is a popular snack in Macau. It is kind of handmade fresh cake with egg, flour, butter and sugar. With its local flavor of soft and crispy, and the favorable golden color, the Egg Crisp is a must-try snack in Macau. The most famous pastry shop to try egg crisps in Macau should be Pun Veng Kei. 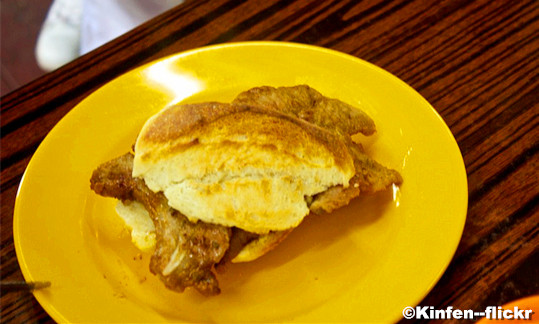 Pork Chop Bun is one of the most famous and popular specialty in Macau. Described as the Macanese version of a hamburger, pork chop bun is made with deep fried seasoned pork chop sandwiched in a bun which is a chewy and crusty Portuguese roll. Crispy outside and soft inside, the pork chop bun is also a collision flavor of local Macanese and Portuguese.