The Taipa Houses Museum is a famous tourist spot located on Taipa Island of Macau. The museum was officially open to the public on 5th December 1999, with 5 Portuguese houses with different construction styles built in 1921 as its highlight. Apart from the 5 beautiful buildings, there are also other great tourist attractions such as Jiamo Church, Taipa Library, Taipa Municipal Garden and the Cross Garden near the museum. 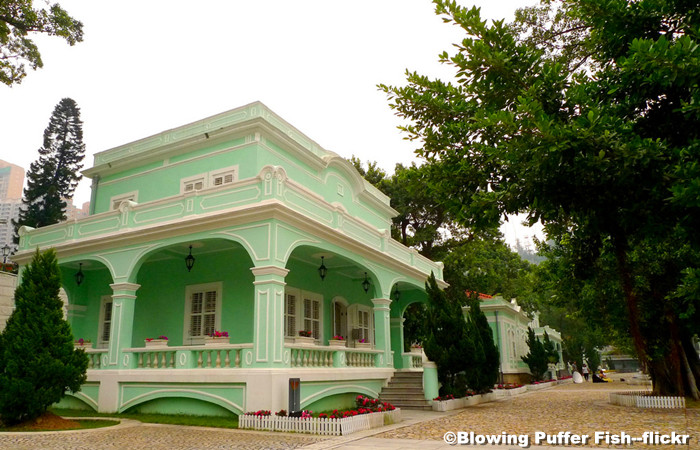 The 5 residences are: Macanese House, House of the Islands, House of the Portugal Region, Exhibition Gallery and House for Reception. The fancy houses were once the residences of the native Portuguese living in Macau. In 1992, the Macau government purchased them and did some redecoration work, making them looking as new. Three of which have become museum. Now The Macau Taipa Museum has become a must see for tourists from all around the world.

The Macanese are an ethnic group which originated in Macau since the 16th century, consisting mostly of people with some Portuguese ancestry. They have their own language, culture, way of life and religious belief, but with typical Asian people living habit. Tourists can get a better understanding of the special culture of Macanese inside the Home of Macanese. The furniture, the settings, as well as some aged pictures, each one of them is telling the history of this unique group, showing the culture mix of China and Portugal.

If you want to learn some knowledge of the history of Taipa Island, come to the House of the Islands. Ever since its opening in 1999, House of the Islands has received tons of tourists from all directions. There are 10 different themes for exhibition based on the development of the island, terrain and name change of Taipa Island, archaeology outside the island, historical development, life of modern people, traffic history, temple culture, Portuguese buildings, special food, development of huge buildings, leisure and amusement park.

House of Portugal Region is a great place to get to know the ethnic groups of Portugal. Here tourists can get to see unique dressings and handicraft works, as well as learn customs and habits. The exhibition hall is mainly used for hosting exhibitions with different themes. The guest house is a two-floor building. Unlike other four houses, it isn’t always open to the public. It only opens when being used for some banquet and culture and art lecture.

In order to make the museum more special, the government built a Tea pavilion near the five residences. Tourists can have a rest and taste some special food of Macau. Siting inside the pavilion and sipping a cup of coffee with rich fragrance, enjoying the view along the shore, what a leisurely life! When the night falls, the view is even more stunning.