Foreword: In the last and the very first episode, a novel Chinese tea souvenir idea has been introduced (click here to view if you did miss it).  And what will be starred in this episode has a royal blood lineage.

The Palace Museum, aka the Forbidden City,  is home to 24 Ming and Qing emperors. This largest museum of the country has long been an ultimate symbol of royal  authority and stateliness. Since 2015, however, the online shop on Taobao platform has caused a buzz for its affable and quirky hues. 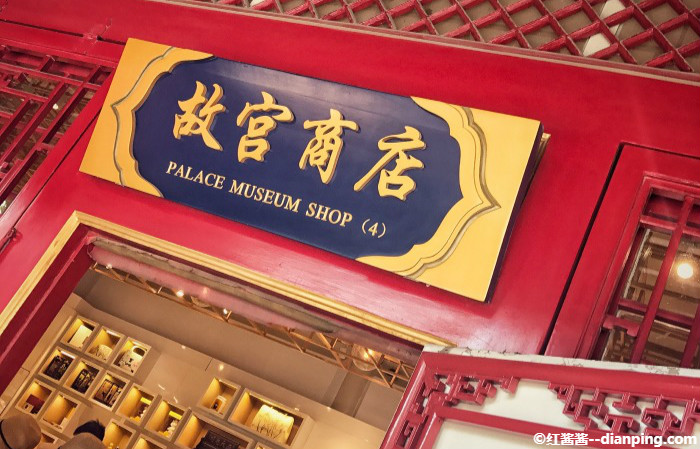 Putting aside its drastic financial success, fierce discussion has been aroused by Chinese netizens about the creative ideas it offers. Some rate it as the coolest gift shop label in the country. Browsing across the comments on product pages, one could find voice eulogizing the commodity's blend of historic legacy and modern sensibilities, and even, a touch of humor, but no frivolity.  Well, one picture is better than ten thousand of words. Let us see some examples.

This mini-size stand of a Qing-ear general stand earns popularity not only for its cute figure, adorably chunky. The four-character quote printed on the base, "eat well before resuming fighting (吃饱再战)", basically exhibits how much importance Chinese people attach to cuisine. Yum-yum, quite a plain philosophy of life.

At the very first glimpse, it is a most common mug. YES, it is even not worth mentioning since here is China, a nation of china. The eight-character inscription on the mug gives it a magical touch, which means "Never refrain yourself from putting on weight (尽量发胖丝毫勿虑)". This, again, shows the determination of Chinese people to enjoy cuisine, even don't care about getting fat.

This set of earphones mimics the bead worn by Qing-Dynasty officials attending royal court, an excellent example of how to marry technology with elegance. Just imagine you are doing paperwork with this on, a fantasy comes that you are checking memorials in a palace.

Forget those excerpts from poems or essays that you rack your brain to understand, sing out "the sovereign is such a man (朕就是这样汉子)”. By no means a fast-food network buzzword, it is the original sentence by Qing emperor Yongzheng in an examined imperial material. This quote used today is not a show of male chauvinism, but for self-motivation applicable for both male and female.

The design of this royal yellow notebook with the cover reading Confidential Memorial (密奏), resembles the style of memorial to the throne in Qing Dynasty, notably at the most confidential level. The magic of this notebook is that anything you write down on this notebook, aha, becomes oddly important. They are no longer petty trifles.

When standing on end with the belt fastened, this umbrella reminds you of two figures. The left, well, with weird countenance wears in olive green and the right one seems like a maid or a lady with a loose bun in bluish grey. With a good look, the two figures are even styled with belt and shoes in a sensible color matching.