Sunflowers are a symbol of adoration as they turn their heads to the Sun and stand higher than all the other flowers. The Million Sunflower Garden is probably the only ecological garden in Guangzhou with the bright sunflower as its dominant theme. Located at south of panyu district, it is one of the Guangzhou attractions. Million sunflowers blossoming all year long creates gorgeous filed scenery, which adds new splendor to the international garden city, Guangzhou. 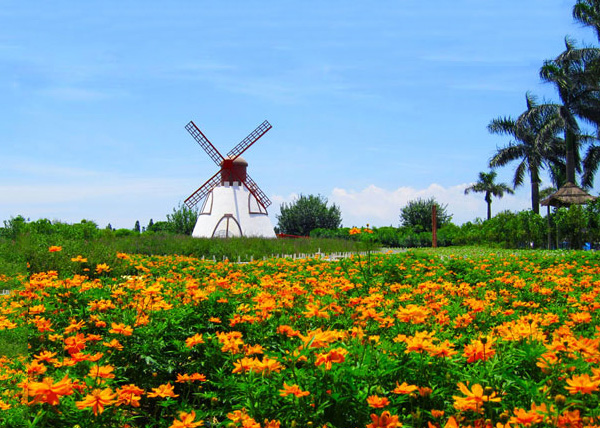 The idea to build the garden was originally inspired by a paint of the famous painter from Holland, Van Gough, who one century ago painted a very classic sunflower, which is not simply a flower but a reflection of passion. The garden might be the only ecological garden in Guangzhou which uses sunflowers as its main theme and its opening has marked a new genre of international garden concept in China that uses a particular flower as its major theme. For the first time in china, sunflowers are designed as ornamental plant for super theme park. Currently, there is a trend in the international garden construction, to design and construct ecological park with a certain plant to be the theme. Therefore, sunflowers become the favorite of people because of their unique cultural meanings. Sunflower theme parks are quite popular in japan, Holland ect. Million sunflower garden ranks first worldwide in two aspects: the largest scale of 66.7 hectares and the only one blossoming all year long.

The Million Sunflower Garden consists of many varieties. It is the Guiness Book of World Record holder for the most grown sunflowers in one area. The Park uses latest scientific methods like gene engineering to create new species to add variety to the garden. Certain species of seeds are also imported from Japan and Europe which are planted and reared with utmost care. The sunflower garden covers an area of 260,000 square meters, with over 1 million ornamental sunflowers imported from Japan. Upon payment of the admission fee, you also get a free taste of slices of papaya and papaya juice. The flowers have different blossoming periods. The Potted Russian and Japanese sunflowers are followed by extensive fields of the common sunflower variety. The common one is the sunshine sunflower with a green core and bright yellow petals. 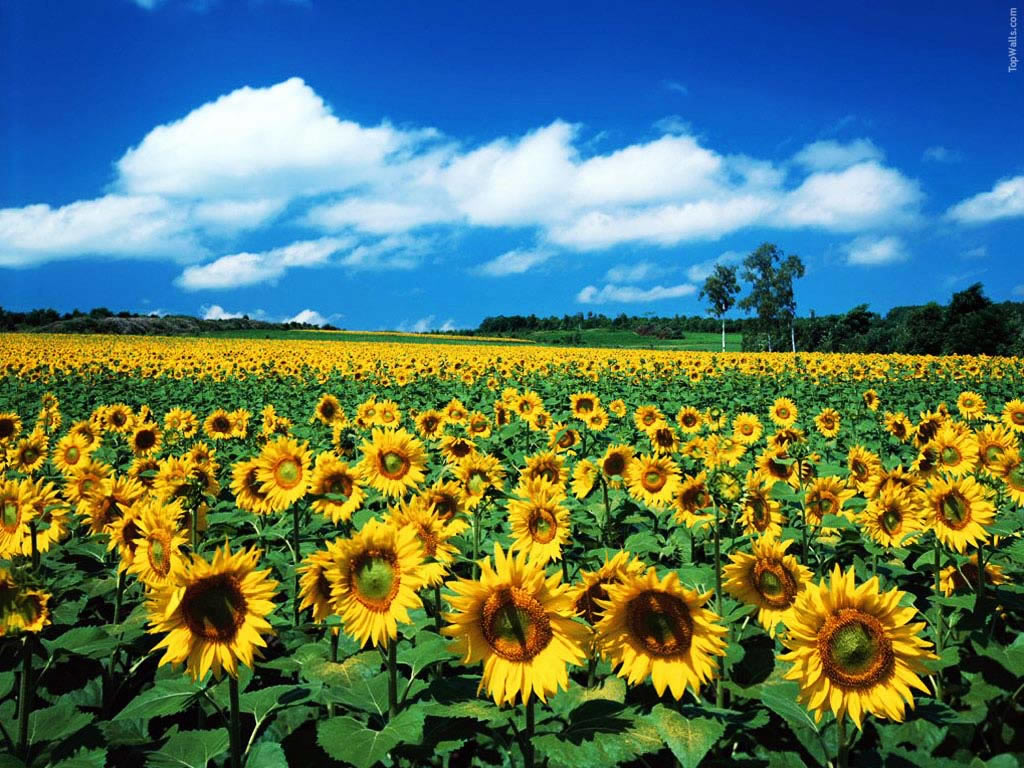 Other consists of red sunflower, super sunflower which are new inventions in the sunflower family. The favourite among all however is the one named after the famous painter, “Van Gogh Sunflower”.

Apart from sunflowers, there are some gardens of other flowers the sunflower garden, such as rose garden and lavender garden. However, these gardens are far smaller than the sunflower gardens. The Million Sunflower Garden also houses a squirrel world, an ant kingdom and a Birds paradise, where children can play with the squirrels. 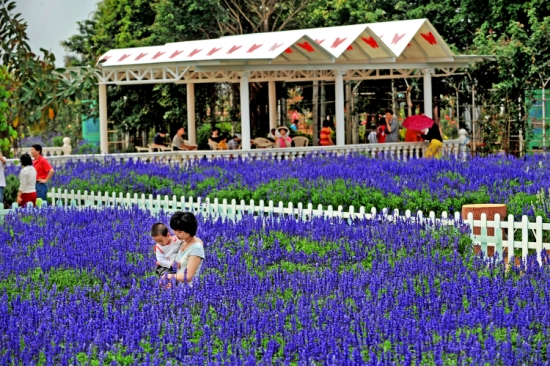 These are added attractions of the Park. Nearly 1000 baby squirrels and 300 small pigs live happily in the park. The Garden authority also maintains bird cage in which doves and other kinds are kept. Love and care to the animals are guaranteed.