Shenzhen is world renowned as one of the earth’s youngest metropolises. Established in 1979 in what had been predominantly rural Bao’an County just north of Hong Kong, the city sprang out of the ground like bamboo after a good rain. Spearheading China’s economic reforms, Shenzhen was made a Special Economic Zone in 1980. Foreign factories established themselves on the Shekou peninsula becoming the engine of China’s three-decade, meteoric assent. Though growth is finally cooling off, 38-year-old Shenzhen can now boast of an urban population that exceeds ten million permanent residents, China’s third largest metropolitan economy (behind Beijing and Shanghai), its own stock exchange, a host of top IT and high-tech firms as well as some great recreational attractions. 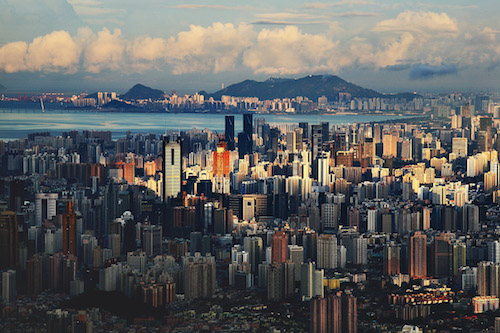 The only problem with Shenzhen, perhaps, is navigating the 790-sqaure miles of the city. This is because the city grew so quickly, rather than evolving slowly around a natural center, urban planners hadn’t the time to think. The result is a sprawling metropolis, which, to the untrained eye appears never to end.

First and foremost considering that most of your trip is likely to be spent in the districts of Luohu, Futian, and Nanshan – the SEZ which comprises the core of the urban area. Luohu is the old city center; still home to Old Street (lao jie) now a commercial hotspot hawking snacks and mass-produced garments to the city’s young fashionistas. There are also plenty of nightclubs in the area principally catering to Hongkongers.

The Central Business District is situated next door in flashy Futian, including many upmarket hotels, the exhibition center, and raucous bar street opposite Coco Park shopping mall popular with expat teachers and traders. Nanshan reaches into the water via the Shekou Peninsula, an old industrial center, expat hub and Cantonese stronghold centered on Sea World, another clamorous commercial neighborhood. Meanwhile, at the other end of the district, the hip OCT Loft area is a magnate for creatives of all creeds attracted by a plethora of design firms, music venues, and galleries.

The other seven districts are mostly industrial or rural areas. Though they are gentrifying, a casual visitor would have little reason to visit with the exception of the sandy tourist beaches along the coast of Yantian and Dapeng that are popular during summer months. Some major transportations hubs are also located in more peripheral locales. 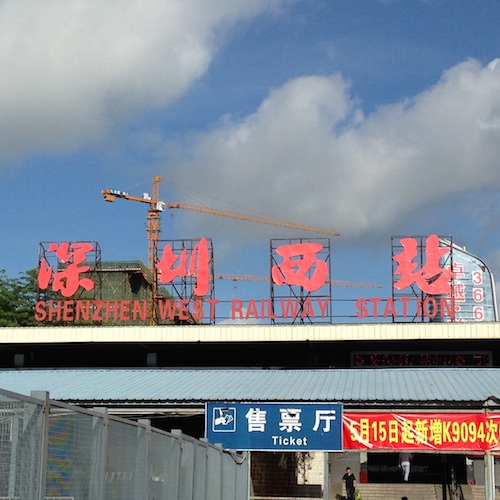 Rail: Shenzhen is a major transport hub and currently has four railway stations in operation (though a fifth station in Futian will connect with the long delayed Hong Kong to Beijing HSR line). The slightly outmoded (yet still bustling) Shenzhen Station is located in Luohu next to the Hong Kong border. Shenzhen North Railway Station in Longhua is a grandiose new transport hub dealing principally with high-speed rail. Shenzhen East, in Buji Town, is an upgraded railway station that handles both normal and high-speed rail. The smallest and most obscure are Shenzhen West in Nanshan District. Though it mostly handles freight, some passenger trains bound for the interior still depart from here.

Air: Though many still reach Shenzhen via Baiyun International Airport in Guangzhou or Hong Kong International Airport, the city’s swanky new terminal 3 is certainly the most eye-catching of the three. Designed by Italian architects Massimiliano and Doriana Fuksas this major upgrade to Shenzhen Bao’an International Airport is said to “resemble a manta ray, a fish that breathes and changes its shape until it turns into a bird”. However you view this honeycombed tube, it’s certainly unique. Flights connect with all major Chinese cities as well as popular destinations in Asia.

If you’re heading to or from Hong Kong there are three pedestrian crossings, Futian, Huanggang and Luohu. Wenjingdu is a border crossing in Luohu for private cars while Shekou Port has regular ferries bound for Hong Kong, Hong Kong Airport and Macau. 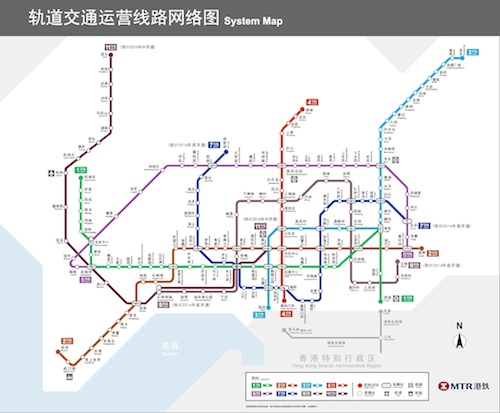 Purchase a Shenzhen Tong Card at any metro station as it can be used on buses and the metro system. The bus system is extensive and inexpensive, but timetables are written only in Chinese. Shenzhen Metro’s signs have English or Pinyin, and the announcements are in Mandarin, Cantonese, and English. The network has dramatically expanded in recent years, especially in the years preceding the University Games in 2011. There are now eight lines and 166 stations, while several more lines and stations are planned. Taxis are ubiquitous and can be flagged using the pat the dog motion at the roadside. However, unless in a hurry or transporting a lot of luggage, the public transport infrastructure should suffice.