Naxi Musical Concert is the classic cultural music of Naxi ethnic minority group in Lijiang. The music is related to the traditional music culture of Naxi community dated back to 14th century which is the life line of Dongba culture. The Dongba culture is a kind of religious culture which involves the daily life of the locals. The music show comprises with the rich usages of various orchestra instruments, performance and song. Looking deep in the cultural aspects of the song, it could be seen that the music is a compilation of Han ethnic minority group and Naxi ethnic minority group’s music with deep influence of Confucian and Taoism culture. 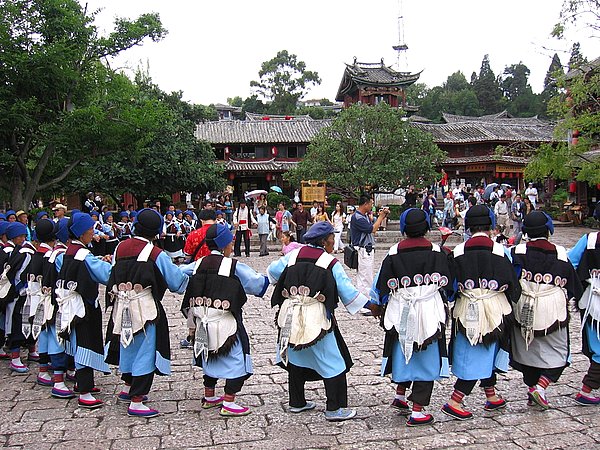 The performance is conducted at Lijiang city. Tourists can have authentic Naxi shows that include authentic dance and music at Naxi Concert Hall, Dongba Palace and Lijiang International Ethnic Cultural Exchange Center.

The concerts at Naxi Concert Hall begin every night at 8 pm to 9.30 pm. The concert hall is located at the Old Town in Jishan Valley, Xinyi Street. Most of the performers are senior citizens and very few youngsters practicing this ancient music and dance because of its tough nature. The show rates are CNY 80 to CNY 120 per head and price for the tickets are marked as per the position of the seats. The front seats will be expensive.

The Dongba Palace performances are done in a stylish environment and are considered as a mega event due to the grandeur appeal. Beautiful themes are used with great back ground scenes. The Mount and River Show reflects the daily routine life of Naxi people and fairy tales. Here visitors can enjoy the performance from 8 pm every night.

Lot of tourists visits the Lijiang International Ethnic Cultural Exchange Center to experience the cultural relics of Naxi Ancient Music. The night show starts at 7.50 pm and the ticket rates are CNY 100 to 140 depending on the row of the seats. At Lijiang International Ethnic Cultural Exchange Center, other minority cultural performance will also be played apart from the Naxi Ancient Music and Dance show.

Naxi music is a blended composition of Baisha Orchestral Music, Huangjing Music and Dongijing Music which are developed from the religious rituals of Taoism, ceremonial music of Confucian thoughts, Qupai Music, poetries of Tang and Song Dynasties. The Naxi style is unique in nature but failed to attract youngsters. Hence it can be seen that most of the performers are old people. Because of this peculiar situation Naxi music is called as “fossil of music”.

No historical evidences are available to establish the exact origin of this music but it is believed that the music is dated back to 1271-1368 of Yuan Dynasty and could be brought by Mongolian to Yunnan. Actually the music branch was disappeared and Chinese Government resurrected from the available materials to its present form. The main characteristics of the song are its slow melody. All the instruments are being used for the concerts are old traditional Naxi musical instruments.

This music is a blend of Confucian, Taoism and traditional Naxi music which is deeply connected with history of Naxi ethnic minority civilization. The main characteristic of the music is the heavy usage of Confucian and Taoist music and tunes of Qupai music.

The near extinct art from is recreated by the government with its original flavor is a great experience to watch and listen. Make sure to watch the wonderful Naxi performance in your life time!