The next day, we had already crossed the Jinsha River, came to the territory of Tibet! 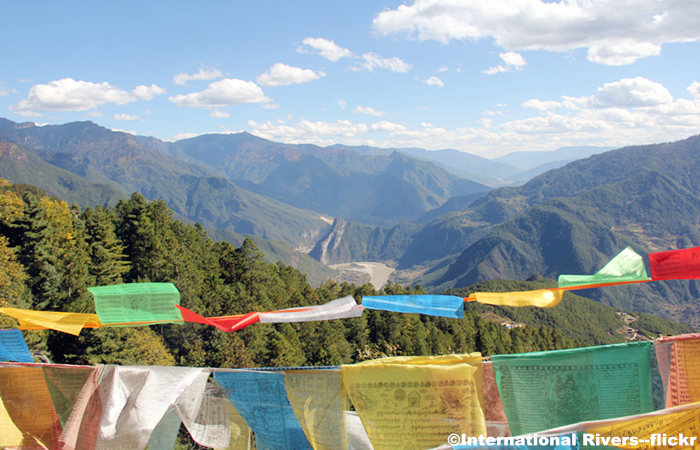 We drove on the mountains, gradually increased up from an altitude of 2700 m to 4000 m, it was still rainy at the foot of the mountain, but became snowy on the mountain! From that moment we fell into the world of winter! Our driver told us that it was the first time for him to see such beautiful scenery!

No matter what you shoot, you would get a landscape painting.

With the gradual decline of altitude, one after one piece of wonderful landscape painting appeared in front of us, we again cried out, so beautiful!

harvest highland barley in the snow…

That patch of green vegetable was so dazzling…

There were many military vehicles at the side the road.

Highland barley stored on the shelf

We were on a hilltop again, and entered a world of snow, just like an ink painting.

We finally arrived at Basu after turning again and again!

The scenery was more beautiful in Tibet! 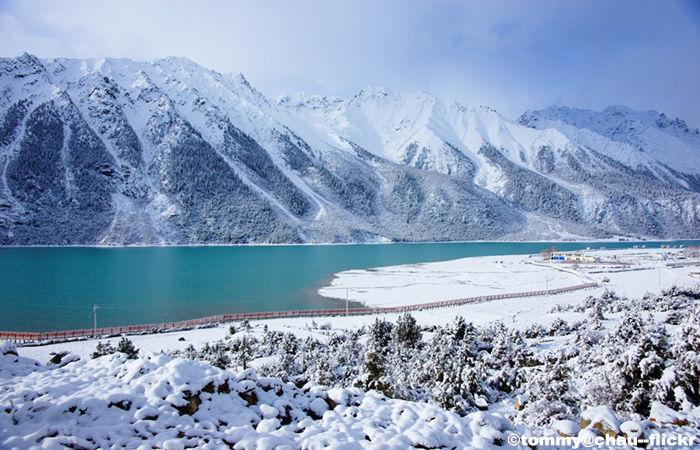 huts at the foot of the snow mountain

Someone regards Nyingchi as the Swiss of Tibet, but in fact, Nyingchi is far better than Switzerland. It is a world of Shambhala! I used to hold the idea that Tibet is arid, barren, but this trip to Tibet completely changed this view. As soon as entering Nyingchi, I was shocked! 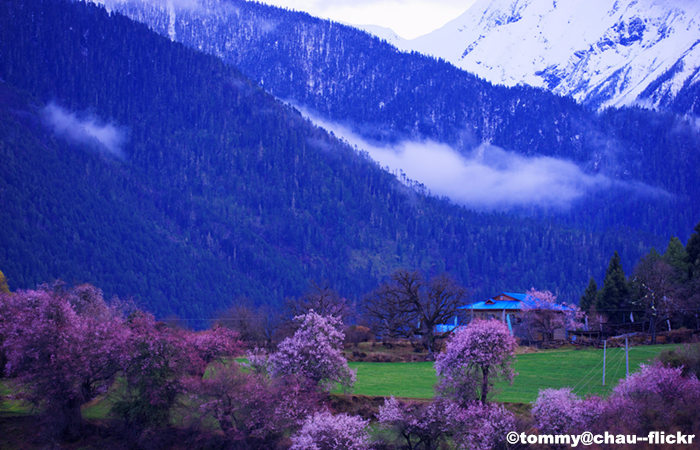 Lulang stone chicken is very famous, and also very expensive, more expensive than that in other places! But, after all, it is on the national highway, and the only stone pot in Medog!

The pasture scenery in Lulang is very beautiful.

It was afternoon when we passed Lulang.

Namcha Barwa is always a topic of national highway 318, but few people have the chance to see its true colors, because its summit is always hidden behind the clouds!

We were going to have supper.

Nyingchi hotel, in the early morning

We left Nyingchi… the last night on the national highway 318, we arrived our destination – Lhasa! The road condition is very good after entering Tibet. Although Lhasa was only five hundred kilometers away from Nyingchi, but there was strict speed limit here. And the rate-limiting method is very special, you must spend as long as the prescribed time on the road, so there were a lot of cars parked on the roadside to wait the time.

red rose on the plateau

shot at roadside when waited the time

as blue as the sky

On the way to Yamdrok Lake, beautiful scenery

water burial platform at the riverside