Popular Sites to Visit in the Heavenly Tibet

Tibet is a holy land to visit for most tourists, especially for pilgrims. But also Tibet is a dream land to visit with its many beautiful natural sites. A Tibet tour always includes seeing those spectacular monasteries with strong religious connotation, natural wonders with fascinating landscapes, and the unique culture and customs of the Tibetan people. Here is a list of some popular sites to visit when travel to Tibet.

The Lulang Forest Sea that is located by the Sichuan-Tibet Highway is a fairyland that has very beautiful natural scenery and peaceful environment. Lulang Forest Sea is a typical plateau meadow featured with natural landscapes of snow mountains, glaciers, primitive forests, flowers, rivers, and Tibetan villages. Lulang Forest Sea is only about 80 kilometers away from Nyingchi Town. When you travel to Nyingchi to see the beautiful peach blossoms in the spring, you should not miss out the gorgeous azaleas all over the forest and meadow in Lulang Forest Sea. 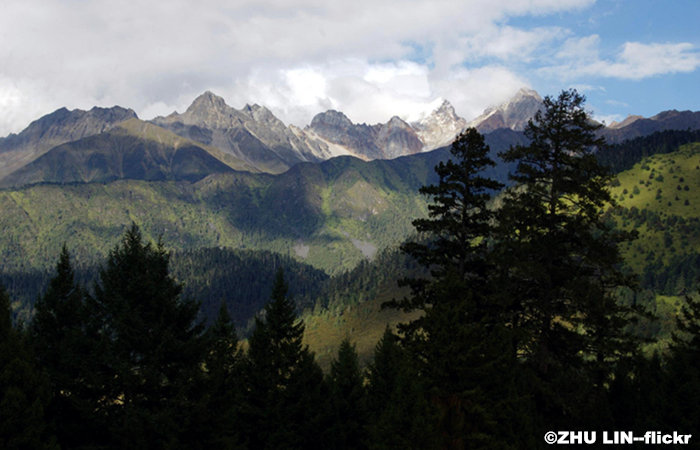 Deep in the Yarlung Tsangpo Grand Canyon and the south foot of Himalayas, there finds the most mysterious Motuo County in Tibet. Boasting rich natural resources and intact environment, Motuo provides diverse natural features of immense forests, alpine lakes and waterfalls, towering mountains and deep valley. But also the unique human landscapes from the ancient traditional Mengba people and the ancient religious associations are also great attractions to the outside world. Now the remote Motuo has become a hot destination for Tibet hiking. But it may not as easy as hiking, rather, expedition. So, be well prepared. 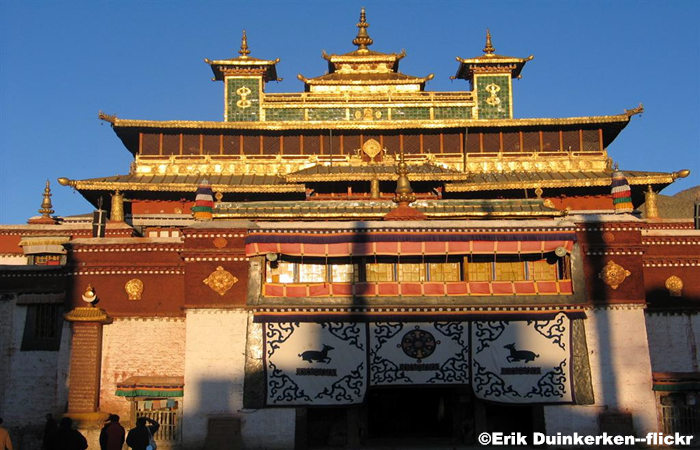 The Mount Kailash is the main peak of the Kailash Range. It is located near Lake Manasarovar and Lake Rakshastal, and is one of the most popular religious sites in Tibet. Mount Kailash is considered as a sacred place by the four religions of Bon, Buddhism, Hinduism and Jainism. Every year there are many pilgrims take pilgrimages to Mount Kailash to make circuits around this holy mountain. Mount Kailash also has breathtaking scenery as it is enveloped by white clouds all the year round. Also there are five monasteries around Mount Kailash that can be visited. 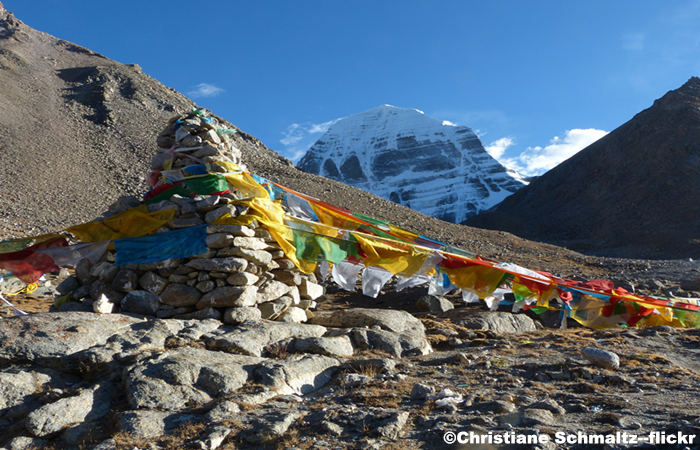 The Trandruk Temple, also known as Changzhu Monastery, is a famous Buddhist monastery located in Nedong County of Lhoka Prefecture in Tibet. This monastery was built by Songtsan Gampo in the 7th century. Besides the historical and religious influences, Trandrunk Temple signifies itself with the precious craftworks preserved. The most important treasure in the temple is the thangka with thousands of pearls which is said to be made by Princess Wencheng herself and it is one of the only three thangkas made by Prince Wencheng. 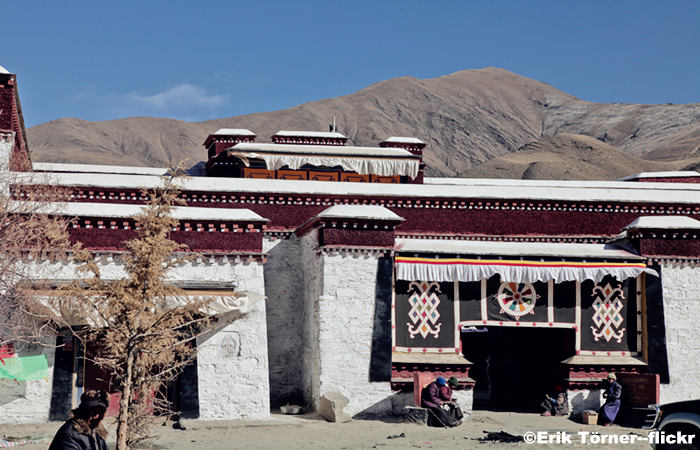 Palcho Monastery which is situated in Gyantse County of Shigatse Prefecture is one of the most important monasteries in Tibet. Palcho Monastery is especially outstanding for its unique architecture which is consisted of 108 chapels with the characteristics of Han, Tibetan and Nepali. Palcho Monastery also distinguishes itself with its Kumbum, which is believed to be the largest such structure in Tibet. When travel to Palcho Monastery, tourists will also enjoy numerous exquisite murals. 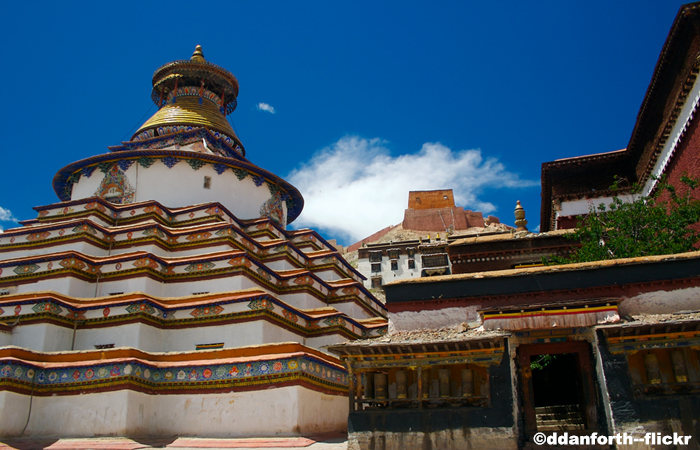 Lake Manasarovar lies in the east of Pulan County of Ngari region and the north of Mount Kailash. It is considered as the “Center of the World”by Buddhism and Bonism. It is a freshwater lake with the biggest clarity in China. It is ultra clean and blue with quiet and beautiful surroundings and sacred temples around. Lake Manasarovar is a holy lake for pilgrims. Every summer and autumn, many pilgrims come here to worship this lake. They wash away bad fortunes and evil in this sacred lake so that they will be safe and healthy. 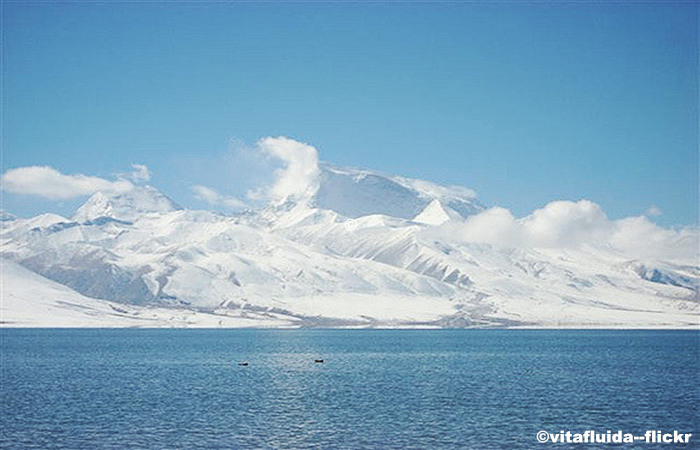 Ranwu Lake is the largest plateau glacier lake in east Tibet. With an altitude of 3,850 meters above the sea level, Ranwu Lake is especially famed for its crystal-blue water and tranquility. Its stunning surrounding landscapes of magnificent snow peaks, dense forests, the blue sky, scattered colorful prayer flags and the nomad’s yaks are great charms to tourists. 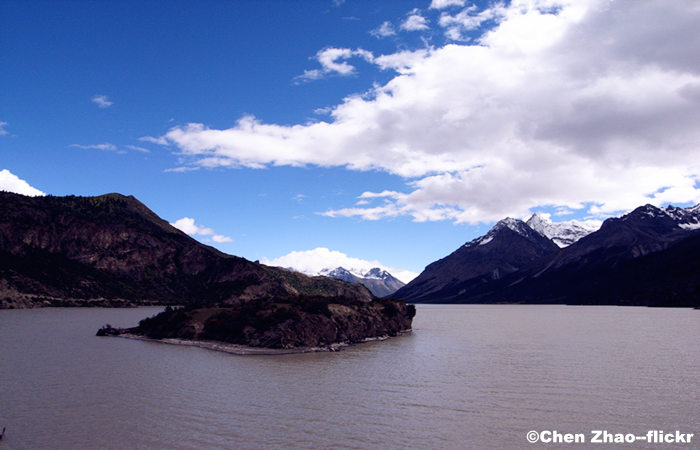